Honey Boo Boo is a high school senior. PEOPLE reported that Honey Boo Boo, whose real name is Alana Thompson, posed for her last set of high school photos. Her elder sister, Lauryn “Pumpkin” Efird shared how proud she was of the special moment by posting the snaps on Instagram.

Efird posted a carousel of photos from the recent yearbook shoot. As seen in her Instagram post, Efird poses next to Thompson, who is dressed in a yellow cap and gown. Thompson had a couple of outfit changes for the shoot. First she changed into a plain black sweater with a V-cut. Then she changed into another black sweater, this one adorned with the word “senior” on it, to pose at her school.

Efird is very proud of Thompson. Efird even noted in the caption for the photos that she got a little emotional over her little sister’s latest milestone. Efird began, “Today my not so little sister had senior pictures done.” She continued, “I’m so proud of how far you’ve come against all odds that have been thrown at you. Here to Alana’s last year of high school. Excuse me while I ugly cry lol [heart emoji[. We love our lana @honeybooboo.” 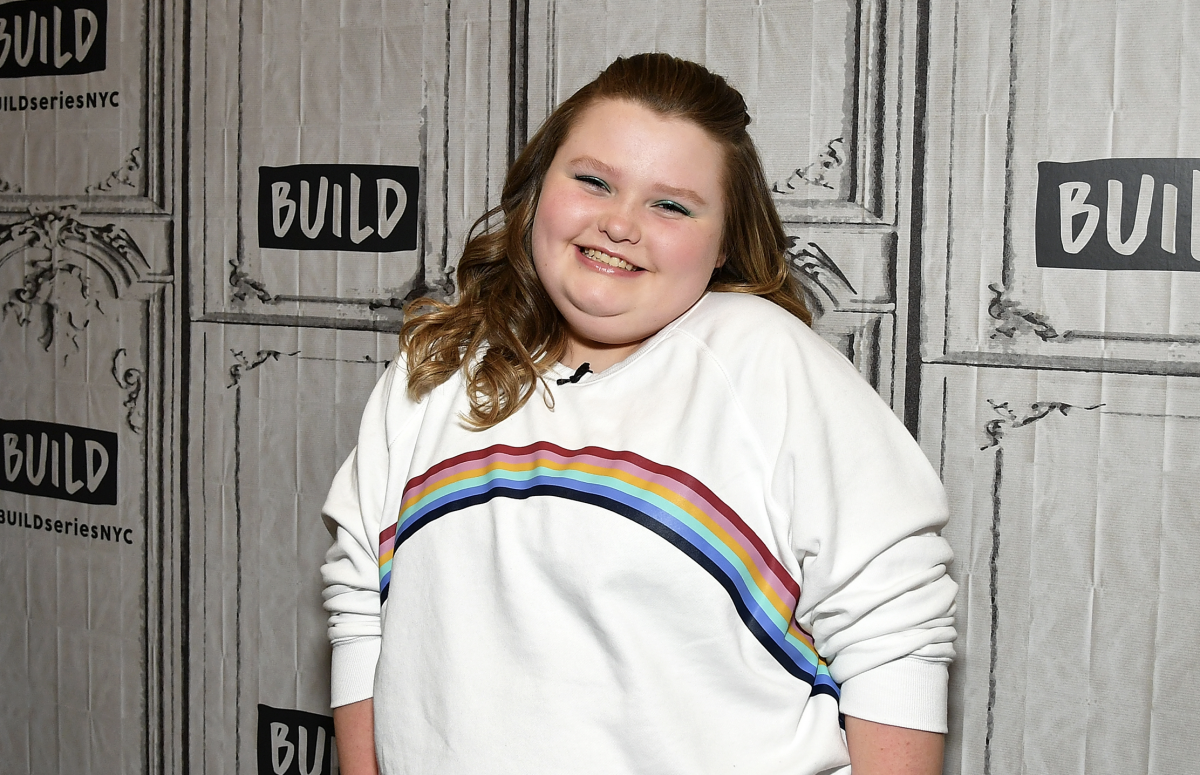 According to PEOPLE, Efird was granted sole custody of her younger sister in June. Even though she has sole custody, she and her mother are allowed to contact each other every day by telephone. However, it is up to Efird to decide when and how often Shannon can visit. Shannon also has to pay Efird $800 per month in child support until Thompson turns 18.

Thompson moved in with her husband Joshua Efird and their growing family following Shannon’s arrest on charges of possession of a controlled substance and drug paraphernalia in 2019.

Following the recent news that Efird was granted full custody of Thompson, Shannon released a statement to Page Six about the situation. “I’m very thankful for her because the situation could have been a lot different,” she told the outlet. “Pumpkin stepping up, I’m very grateful because it could have turned into a bad situation. At the time Alana went to go live with Pumpkin at the beginning, I couldn’t even take care of my own self — more or less take care of anybody else.”