We trainers conquered the Global Event and in doing so released Farfetch’d into the world for 48 hours. Now those hours are up and Farfetch’d has once again been hunted to extinction, but from its delicious ashes rises one of the most glorious Pokemon of all, Ho- Oh.

So how does Ho-Oh stack up in Raid battles compared to its Legendary Trio underlings? Well thankfully, contrary to a couple reports of Ho-Oh being in EX Raids, Ho-Oh is actually a basic Legendary Raid Boss for the next two weeks. As for how to battle/ capture it, that’s where things get oddly familiar yet devastatingly different.

Typing wise, Ho-Oh and its counters won’t be too different from Moltres. Rock and Water type moves are your friends and Golem/ Omastar/ Tyranitar will be your best DPS bets. HOWEVER, Ho-Oh has the potential to use Solar Beam as its charged move, which is DEVASTATING! Your x4 Resistant Omastar could become a x4 Weakness in a matter of seconds. So if you do find yourself up against one such bird, dodge like you never dodged before!

As for capturing Ho-Oh, things are just as tricky as Ho-Oh is monstrous and size and is very close to the screen. Add in its usual rise/ lower animation and this become a difficult Pokemon to hit those Precision Curve Ball. But be patient and try because Precision Curve Balls are your best bet as its base capture rate is the same of that of Lugia (originally) and the Legendary Beasts: 2%. And if you’re wondering what that means per throw/ medal/ bonus, Epimetheos on the Silph Road has you covered! 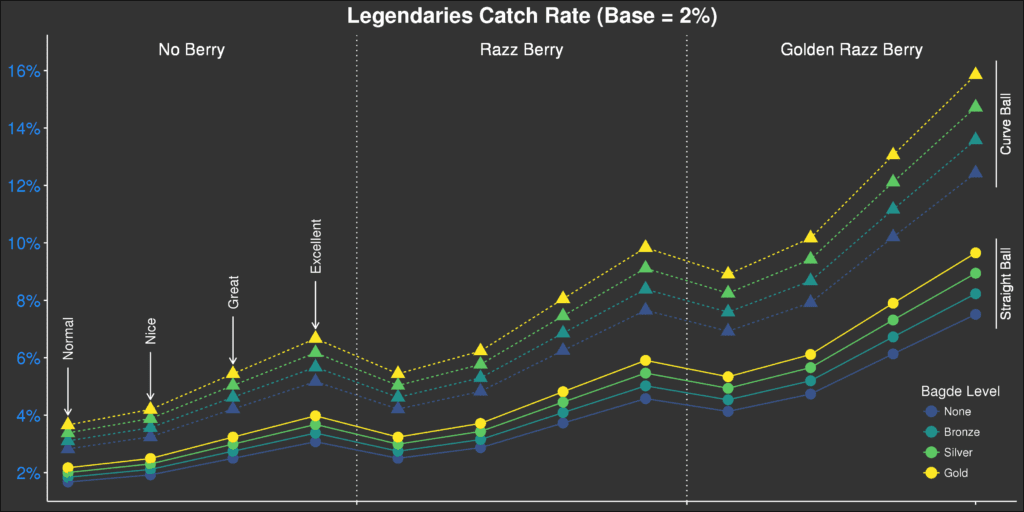 Ho-Oh might not be an easy catch, but it’s definitely worth the effort. So get going trainers because you have two weeks until this Legend returns to just being that: a Legend!