I was looking forward for this convention for over 6 months, and last weekend, it was finally time! I had my cosplay stuff ready, my gold pass ticket in hand and my photo ops all booked. These were our highlights of this weekend!

Because I was a gold pass, I got this amazing goodie bag! Take a look:

Not everyone was this happy with the goodie bag, but I sure was. They weren’t all the same, but I think at this point in life, we need to be happy with the things we get! I’m so happy I got a comic and a new A4 writing book of X-men, as I still write everything by hand.

What I was looking out for the most, was the Suicide Squad exclusive they had. They onisplayed the screen used costumes from Warner Bros. of the best movie that will get released this summer! Here they are:

Not only did they have the screen used costumes there, but they also had this awesome collectible: 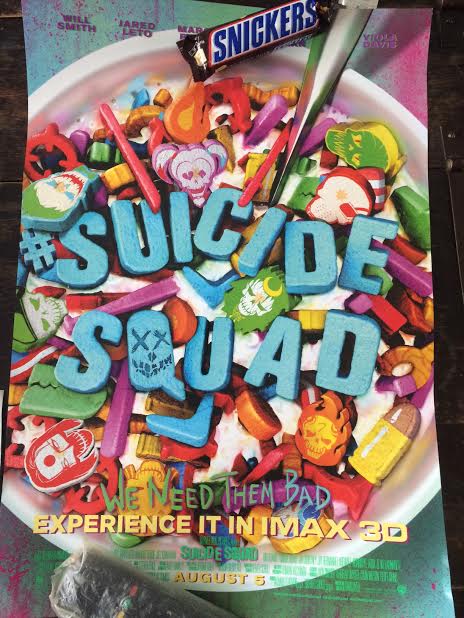 It’s a very nice poster that is made out of a thick paper and if you scratch the marshmallow heads on the posters… They actually start smelling like marshmallows! This will be a poster that will be put on my wall soon.

Of course with conventions… there are a lot of cosplays. I’ve met some incredible creative people that put down the best cosplays ever! Take a look and follow them on their pages!

Jessica Jones is cosplayed by India Rovia and Kilgrave by Alf the Elf on Facebook.

Not only did I see these amazing cosplays, I also saw a lot of The Walking Dead, and TWD inspired cosplays! Here they are:

I also saw the Governor next to Ben Linus, two great cosplays if you ask me:

The one that cosplayed Ben Linus is Tyler T Cox and the governor is cosplayed by Dale Love from Dead Inside.

Woody Grimes was there too and Dominic Monaghan was impressed as was I!

Make sure you follow these guys on Facebook! Woody Grimes is cosplayed by my dear friend Alf the Elf! Go check out his cosplays, you won’t be dissapointed.

It was a very good weekend and if you were wondering to go next year, I would say a big yes! I got to do my first cosplay and got a great reaction. People were very nice and everyone was very helpful.

See you next year London! 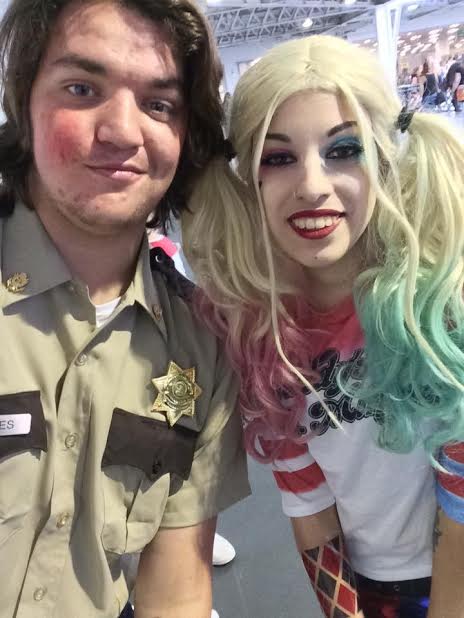