We may still be over a year away from seeing Captain Marvel on the big screen, but we’ve already got our first look at Brie Larson on set in all of her superheroic glory!

People were quick to notice that the look was a little…greener than the more traditional Carol Danvers suit they had envisioned, but comic books fans will probably recognize that the green, black and silver color scheme matches the old costume worn by Mar-Vell, who was the original Captain Marvel in the comics. Danvers will most likely be receiving her more modern look at some point in the film. 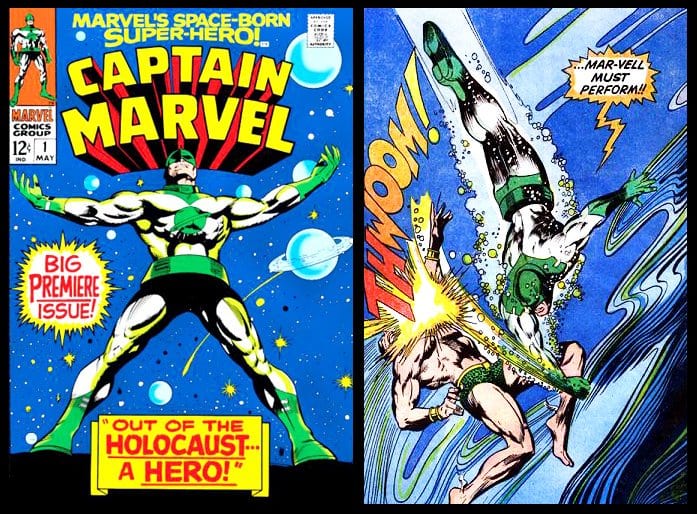 Here’s a glimpse at the concept art that was shown at San Diego Comic-Con last year: 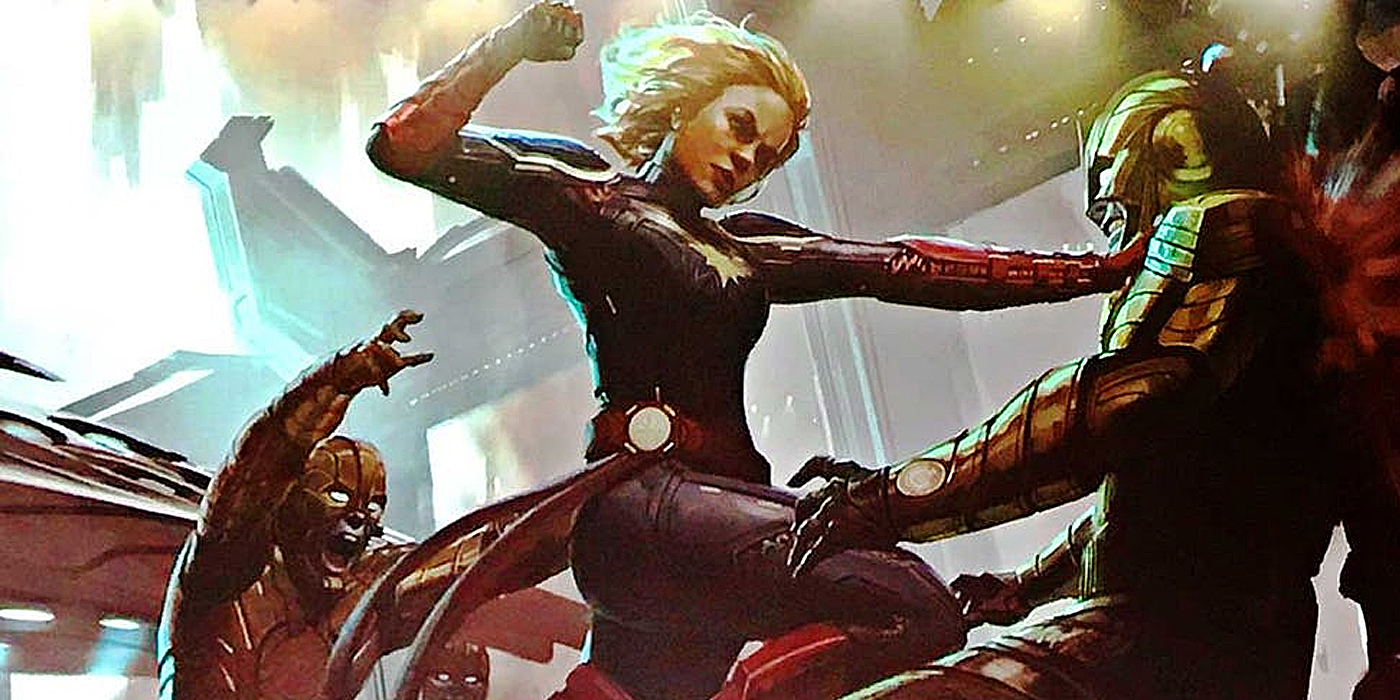 Captain Marvel follows Carol Danvers, an Air Force pilot whose DNA is fused with an alien during an accident, resulting in superhero strength, energy projection, and flight. Jude Law has signed on as Mar-Vell and Samuel L. Jackson will also be appearing as Nick Fury. It will be produced by Kevin Feige and co-directed by Anna Boden, Marvel’s first female director, and her partner Ryan Fleck.