It’s time to nut up or shut up because Zombieland: Double Tap is heading home for you to own! The sequel film 10 years in the making will be available on Digital just in time for Christmas on December 24th and will be released on 4K Ultra, Blu-ray and DVD on January 21st. Pre-order today!

In Zombieland: Double Tap, Set Tallahassee (Harrelson), Columbus (Eisenberg), Little Rock (Breslin), and Wichita (Stone) are back working together as a well-oiled, zombie-killing machine with a new home in the now-vacant White House. These four slayers must face off against the many new kinds of zombies that have evolved since the first movie, as well as some new human survivors. But most of all, they have to face the growing pains of their own snarky, makeshift family. 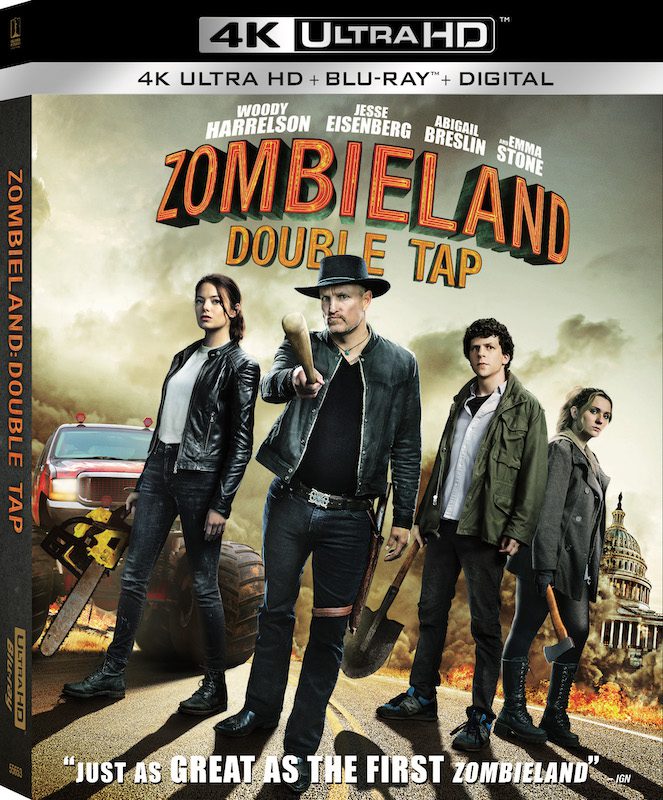 Grab some twinkies and settle in for the apocalypse. Zombieland: Double Tap hits Digital on December 24th and 4K Ultra, Blu-ray and DVD on January 21st.

Home » Movies » Here’s When ‘Zombieland: Double Tap’ Will Be Available on Digital and Blu-ray