On October 28th, 29th, and 30th the Georgia World Congress Center underwent a transformation into an incredible meeting place for fans of The Walking Dead and celebrities who love the experience just as much.  Each convention stop is special, as is the incredibe cruise, but there’s always something unique about Atlanta; it feels like home.

There were celebrity photo bombs, panels with the one and only Andrew Lincoln as well as Jeffrey Dean Morgan, Melissa McBride, Chandler Riggs, Danai Gurira, and Michael Cudlitz just to name a few.  There were tattoo artists inking convention goers, vendors selling their art and incredible souvenirs to mark your time at WSC Atlanta, a special appearance from ‘baby’ the car from Supernatural, and opportunities to have your makeup done by artists who have perfected the undead look.  The convention was buzzing during every moment it was on and even in the moments after.

In addition to Tom Payne’s Halloween Party, the convention location was close to Senoia, Georgia where The Walking Dead is filmed.  The town also houses Norman Reedus’ restaurant Nic & Normans as well as The Woodbury Shoppe and The Walking Dead Cafe.  Walking along those streets made you feel like you were on the set of your favorite television show, connecting with the experience in an extremely personal way and it was incredible.

While there’s no way to truly describe the experience, we did put together 5 moments that you missed if you didn’t attend Walker Stalker Atlanta and they’re just enough to make you want to reserve your tickets for next year’s event asap!

Fans of Abraham and Glenn made sure both Michael Cudlitz and Steven Yeun felt their love, compassion, and heartache as they poured their positivity and well wishes on both guys all weekend.  Their lines were some of the longest at the convention and at any given moment that you walked by their tables or sat in on panels with Michael and Steven – the emotion was at an all time high.  There were tears, there were laughs, there were even moments of frustration, but it was a beautiful process to experience together.  Fans of The Walking Dead won’t ever forget Glenn and Abraham, and they won’t ever have to consider it because it’s clear now more than ever that Steven and Michael are still just as dedicated to the walking dead family as ever.

We got to speak to the one and only Chad Coleman who played Tyreese on The Walking Dead and in addition to him being incredibly kind and genuine, he also gave us his opinion on Tyreese’s death scene and if he’d have rather had any other on the show.

He said he wouldn’t have wanted to switch his death with any other character, he was pleased with the way his time on the show ended.  Most characters just met their fate and that was that; one moment they were alive and the next, it was over. For Tyreese, his scene was deep, it was a story of its own, and it was something special to fans of Tyreese and Chad himself.

“It was an homage to the man.  If you didn’t know Tyreese before his death, you knew him then.”

We wrote an entire article on this, but it’s worth mentioning again – Jeffrey Dean Morgan was in Negan character all weekend and his dedication to the role made fans warm up to his character – in small doses.  A lot of fans are angry at Negan, rightfully so, but he’s on a mission for vengeance and we’ve seen that of Rick and Daryl at times – just with less violence than Negan brings.  Jeffrey also walked through the convention with charisma and a sense of charm which made it clear that while he is public enemy number 1 right now, we’ll see a side of Negan in the future that makes us realize that he’s not as different as we may wish he was.  Negan is a man lost in desperation and with time will come his back story, explaining what it took to make him who he is today and we think those fans who are against him now will find a hard time hating him in the future.

King Ezekiel is a force to be reckoned with during season 7 of The Walking Dead, even if it may not seem like it just yet. During the start of this season, it was clear that Negan called the shots and would be making the rules, but it’s also obvious that there’s much more to Ezekiel than we’ve been made aware of yet.  We stopped by his booth in Atlanta and wanted to ask him what he would say to fans of Ezekiel and what he’ll mean to the show.  Khary’s quote made us even more excited to see what’s in store for his character in the future and what that means for our favorite characters as time goes on. 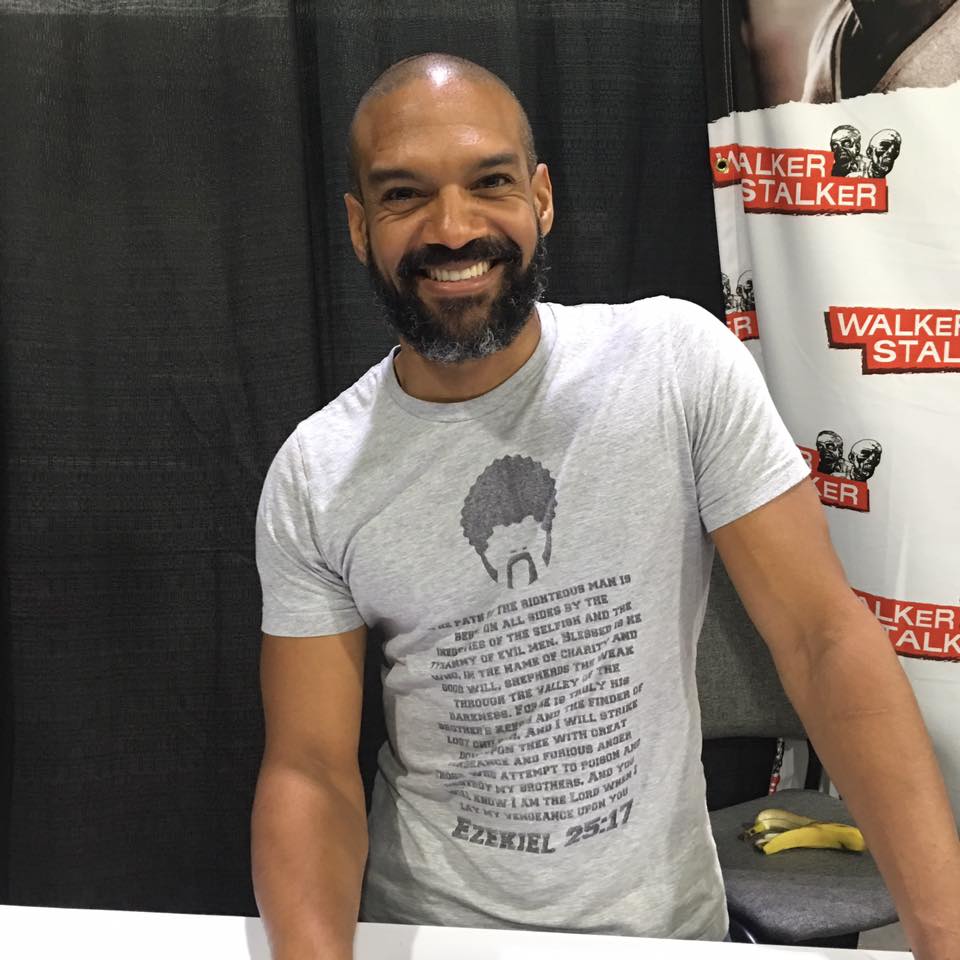 “Ezekiel is much too bright to succumb to the darkness”.

This comes as absolutely no surprise to anyone, but Norman Reedus and Jeffrey Dean Morgan proved once again how much they love their fans in Atlanta.  The lines for both Norman and Jeffrey remained long through the entire convention. There were people waiting in the middle of the autograph hall for hours to finally get to the table and during the two days, both men also had photo ops and panels to attend.  Some celebrities would have walked away at the convention’s end, or stuck to their break schedules and taken the time to unwind, but not those two.  Norman and Jeffrey worked through breaks, stayed after the convention hours were over, even brought pizza to fans and stayed completely happy and grateful throughout the weekend.  The smiles on their faces never faltered, the genuine thanks never left them as they took the time to meet each fan, hear what they had to say, and embrace them.

We made our way through both of their autograph lines and experienced first hand how lovely they are, we can’t sing their praises enough. 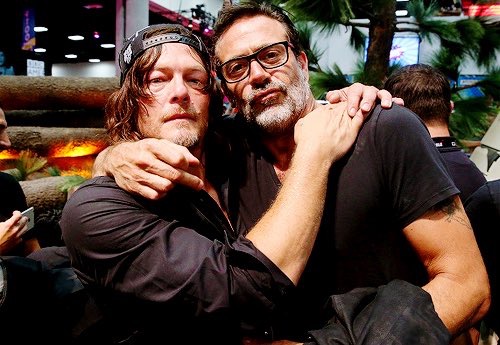 If you missed this year’s convention, don’t fret – dates for the 2017 Atlanta stop have already been posted and tickets go on sale this month.  Make sure you keep up to date with the information by visiting our Convention Website and look out for posts on our social media accounts as well.

Home » Fandom » Here’s what you Missed at Walker Stalker Atlanta