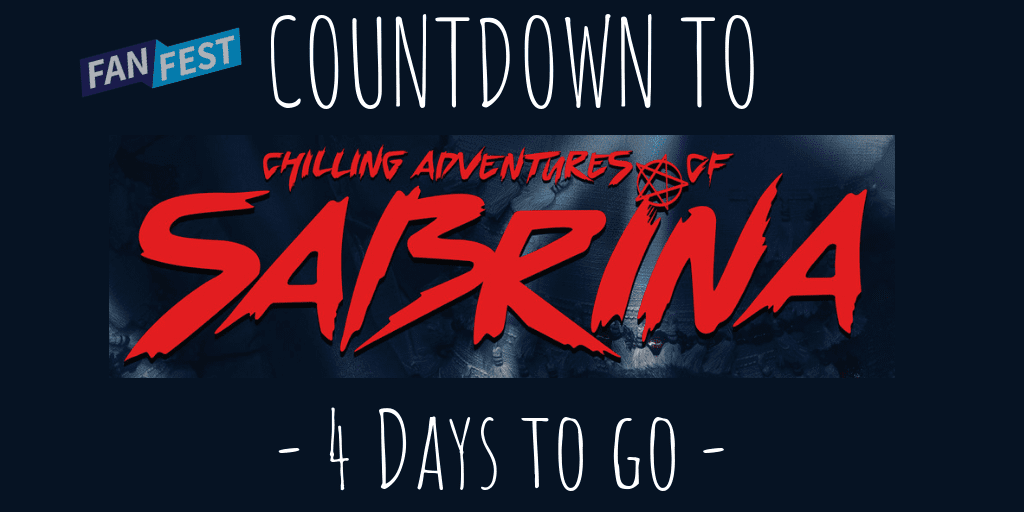 Greetings, Coven! It’s almost the bewitching hour as Chilling Adventures of Sabrina drops on Netflix this Friday. So, to get us all into the sinister spirit we are going to be counting down the next week with a daily dose of Sabrina content. Let’s kick things off by diving into the pasts of the insanely talented cast who will be bringing these iconic Archie Comic characters to life!

Playing Netflix’s leading lady, fans will most likely recognize Kiernan Shipka from her days on Mad Men. The actress played Sally Draper throughout the series’ seven-season run from 2007-2015. Last year, she stepped into the role of  B.D. Hyman on Ryan Murphy’s latest anthology series Feud alongside Jessica Lange, Susan Sarandon, and Judy Davis.

Similar to Shipka, Lynch also started acting a young age with a recurring role on Disney Channel’s Austin & Ally, which aired from 2011-2015.  He then went on to appear in the Teen Beach Movie franchise on the network before taking on the much more serious role of Jeffrey Dahmer in the critically acclaimed film My Friend Dahmer. Lynch also has a huge following in the music scene with his family band R5 and his latest venture with his brother Rocky called The Driver Era.

Fans may recognize Otto from her work in the Lord of the Rings franchise where she played Eowyn or last year’s Annabelle: Creation. However, it’s her small screen roles that may ring a bell. Otto has had recurring roles on series such as Rake, 24: Legacy and Homeland, all of which have helped her channel the perfect persona for Sabrina’s Aunt Zelda.

Superhero fans will absolutely recognize the irresistibly charming Lucy Davis from her role as Etta Candy in 2017’s Wonder Woman, but she has also appeared in series such as Better Things, Married Single Other, Studio 60 on the Sunset Strip, and the UK version of The Office.

Before stepping into the shoes of one of Sabrina’s antagonists, Gomez wrapped a three-year stint on Doctor Who where she played Missy alongside Peter Capaldi.  She also guest-starred on Fox’s Gotham as The Lady from 2015-2016. Gomez also has appeared on series such as Psychobitches, Bad Education, Green Wing, and Carrie and Barry.

Sabrina is Perdomo’s first major starring role, but he did appear in an episode of Shakespeare & Hathaway: Private Investigators as well as the 2018 TV movie Killed by My Debt. Good news is, you will probably be seeing a lot more of Perdomo after Sabrina because he is fantastic in the series as Sabrina’s house-bound cousin!

Coyle will be stepping in to play High Priest of the Church of Night and the Dean of the Academy of Unseen Arts, but before he got there he had a starring role in Prince of Persia with Jake Gyllenhaal. He has also appeared on the small screen with recurring roles on Covert Affairs, The Collection, The Fall and he recently guest-starred on Amazon’s Hard Sun.

As the leader of the Weird Sisters, fans may be wondering where they recognize Tati Gabrielle from, and most likely it’s going to be The 100 on The CW where she recently recurred as Gaia. Other credits include an episode of K.C. Undercover, The Emoji Movie, Freakish, and Tarantula.

Much like Gabrielle, Sinclair appeared on a popular CW series as well when she guest-starred as Beatrice Bennett on The Vampire Diaries. On the big screen, Sinclair has starred in Paper Towns and 2018’s Slender Man.