When it came time to say goodbye to Andrew Lincoln and his character Rick Grimes on The Walking Dead, it’s safe to say that fans were well prepared. His exit was literally part of AMC’s marketing for the front half of season 9 and every subsequent promo leading up to his final episode in 9×05. 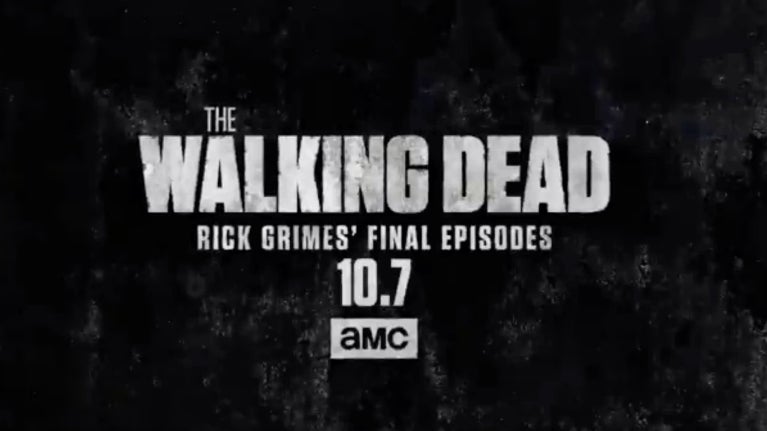 What viewers may not have known was that Lincoln’s final episode also marked Lauren Cohan’s (Maggie) last one as well. Her character didn’t get an epic sendoff in a helicopter and for a series regular who has been a major player since season 2, Cohan didn’t really get any sendoff at all. This resulted in a lot of viewers being caught off guard when the show finally caught up with the Hilltop on this past Sunday’s episode and she was gone. So, just how did the show say goodbye to Cohan?

The Georgie theory was correct! In a scene between Tara and Jesus, we learned that Maggie had left at some point during the six-year time jump to go work with Georgie, but she was still in contact with the Hilltop.

You can watch the scene below:

While, understandably, fans wanted to see a more poignant exit for such a vital character, both Cohan and showrunner Angela Kang have been extremely vocal about the fact that Maggie’s story is open-ended and the chances of her returning to the Walking Dead universe are extremely high.

[row]“I’m so grateful that this has been my stomping ground for so long, and my family here is never gone. Maggie’s story is open-ended,” Cohan told EW.

“ We have always planned to have this great story with Maggie this season and I think we promised something. We wanted to pay off that promise. We definitely have a very strong Maggie arc,” Kang told Comicbook.com earlier this year.[/row]

One of those arcs could quite possibly be the major riff in the relationship between her and Michonne. Before finding Rick at the bridge, Michonne had handed Maggie the keys to Negan’s cell, allowing her the opportunity to seek justice for Glenn’s death. The thing is, Maggie didn’t end up going through with it, and Michonne seemed at peace with her decision to hand over the keys, so, something else must’ve happened between the two during the time jump.

In fact, we learned this past Sunday that their relationship had dissolved to the point where Michonne had no idea that Maggie wasn’t at Hilltop anymore, and Siddiq didn’t fill her in until he felt he absolutely had to. “Where is she?” was her immediate response. Thankfully, with Michonne & Co. heading to Hilltop to drop off Magna’s group, there should be ample time to get some answers about the state of affairs between the two women and their respective communities.

In the meantime, Cohan fans can look forward to seeing her on her new series Whiskey Cavalier, which follows the adventures of the tough but tender FBI super-agent Will Chase (Scandal’s Scott Foley) who is assigned to work with a badass CIA operative Francesca “Frankie” Trowbridge (Cohan). Together, they lead an inter-agency team of flawed, funny and heroic spies who periodically save the world (and each other) while navigating the rocky roads of friendship, romance, and office politics. The series is set to premiere on ABC in 2019.

Were you pleased with how The Walking Dead adressed Maggie’s exit or do you think that Cohan deserved more? Let us know your thoughts!