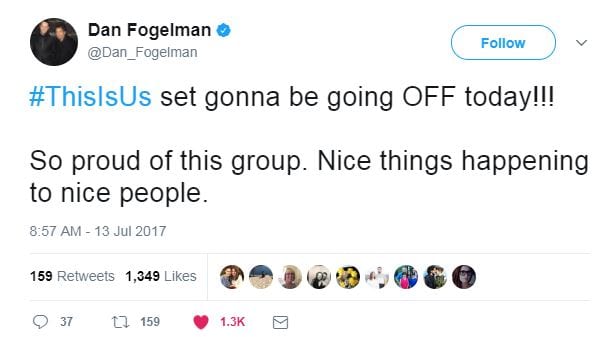 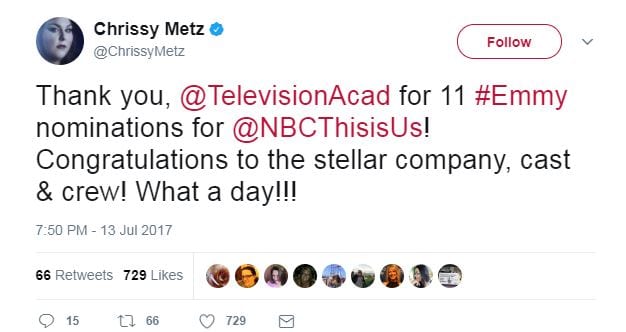 Hey all you people who embraced & raised up our weird little show? You make all the hard work worth it & helped make this happen. THANK YOU. pic.twitter.com/31bjkbgMHw

Thank you @TheEmmys for the nomination. It is very special to me. And @Stranger_Things with 18 nominations, my pride in the show, unending❤️

This is shaping up to be the best year ever! Thank you @televisionacad for my EMMY NOM!!!!!!!! Time for a #dancebreak! (Photo by: @abbyandlauren)

Today was a good day. Can we do something about this view though?

I am thrilled at the Emmy attention for Better Call Saul! Jon Banks! the writing! Note: Rhea is magic and Mckean stole the show this season pic.twitter.com/W6dT85F8Ew

Viola Davis – Nominated for How to Get Away With Murder

Uzo Aduba – Nominated for Orange is the New Black 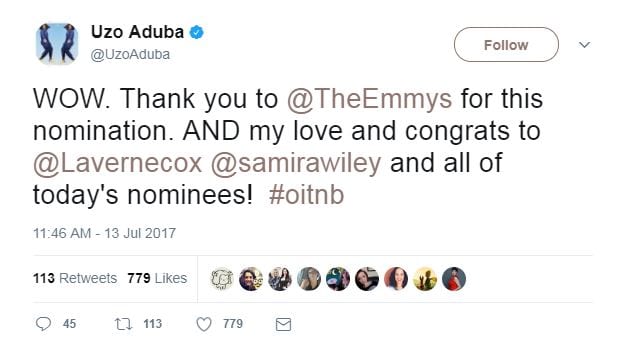 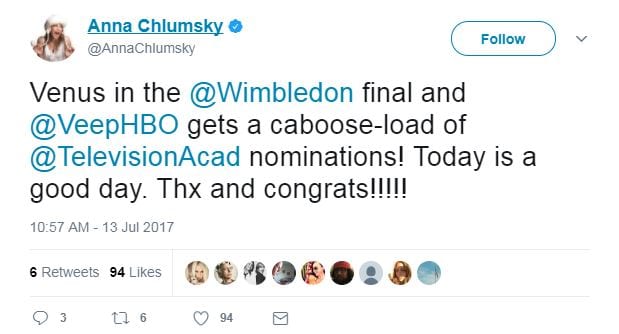 Thx @TelevisionAcad for the nominations of @VeepHBO. Our fictional government officials are terrible at their jobs, status quo reinforced.

Thanks to @TheEmmys voters and supporters of Veep for the nomination today! Maybe now my daughter won't try to walk 10 feet in front of me.

Riz Ahmed – Nominated for Girls and The Night Of 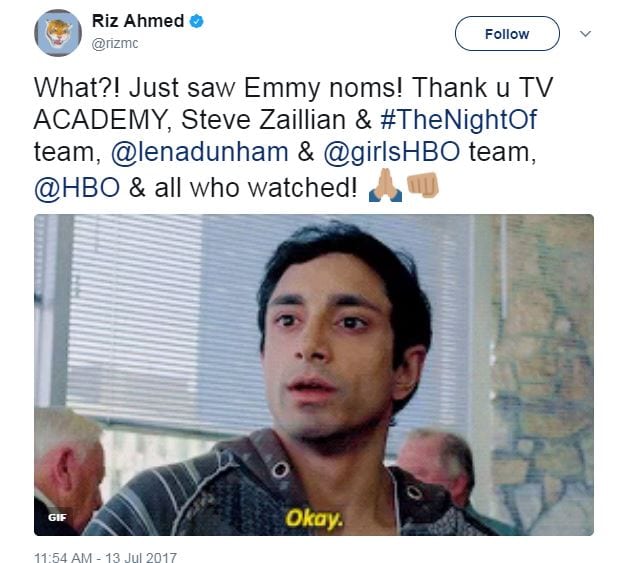 Oh Shit!! A EMMY NOM?! I really got to get fine now lmao!! Wish my parents was here to see this!! CHEAH!! So grateful!! pic.twitter.com/aAlEyS9ru1

Wow!! So thrilled about the 16 #Emmys nominations for #BigLittleLies! An incredible team of cast & crew worked so hard to make this happen! Thanks to all the fans that made it so successful! @hbo @nicolekidman @lauradern @shailenewoodley @zoeisabellakravitz

Billy Eichner – Nominated for Billy on the Street

For 5 seasons the Billy on the Street production team has gone above and beyond and I am so proud and grateful for them today & everyday. ❤️ pic.twitter.com/8ANa3dN1lR