Fans of literature turned film and television know that there are often deviations from the original plot. Usually, not ones big enough to totally disrupt the idea, but enough to make it their own. We see it all the time, and we never know when to expect it until it’s happening right in front of us.

Marvel fans have been pondering that idea with the question of Bucky Barnes in Black Panther. We learned recently that the film doesn’t ‘directly’ set up Avengers: Infinity War, but there will be connecting strings. One of which lies in the cryogenic freeze of Bucky Barnes.

News broke last week that fans can expect two credit scenes after Black Panther and we’re full on expecting one of them to involve Bucky. Especially since, in Marvel’s Avengers: Infinity War Prelude #1, Shuri is the brains behind his reboot.

Screenrant posted two snippets of the comic today that show Shuri priding herself on the ability to reboot Bucky, and rightfully so, she’s brilliant. 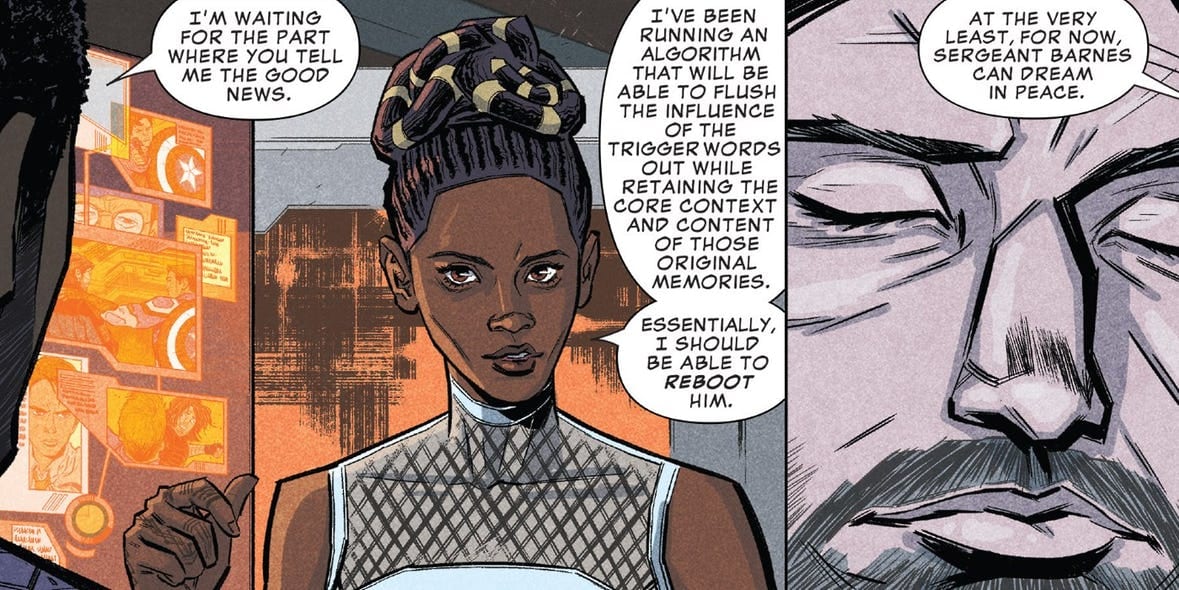 Now, it’s not without concern. Steve Rogers is basically at the core of Bucky’s best memories and that’s an impossible thought, believing that he could be erased from his mind. However, we’ve placed our trust in Shuri, and let’s face it, nothing’s been able to erase Steve from his mind so far. Even when he didn’t know Steve, he knew him.

Plus, we have seen the trailer for Avengers: Infinity War, and so have you. Steve, Bucky, and T’Challa. (and more) are together and ready for battle – looking stronger and more unified than ever.

Black Panther hits theaters on February 16th and Avengers: Infinity War debuts on the big screen on May 4th.