The Snyder cut of Justice League is imminent, with only a few months to go. Zack Snyder took to social media to show off a new look at Knightmare Batman. Unfortunately, there’s been a lot of controversy surrounding the Snyder Cut, along with some toxicity. The new look at Batman is awesome, the rest not so much. Luckily Zack Snyder had an answer for the haters, something he shared with CinemaBlend. Let’s take a look at the Batman image first though.  Here’s a new look at Knightmare Batman! 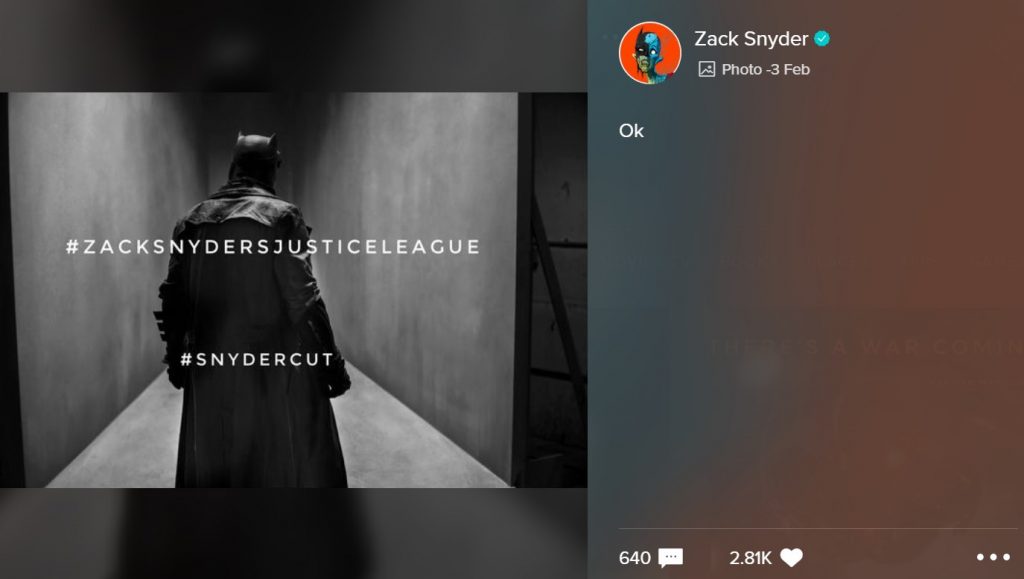 Here’s what Snyder said to the so-called haters.

“I just think that’s sour grapes. There’s really no other way to say it. We know the people who were the architects of that narrative, and it’s pretty obvious what their agenda is. Those are people that I’ve been held back from confronting, by wiser people in the room. Because I’d love to get at some of these characters. Some direct conversation would be nice. Just to say, one, you don’t know shit about what you’re talking about. And we can break down everything they’ve ever [said]. I can make a list. There’s a few of these guys where I could just get a list of everything they’ve ever said, that they thought was right, and [I could tell them] every single thing they’ve said is wrong.

And so, in what world do you have any credibility anywhere, to any- one? I would love the opportunity to just say to the world, and to fandom in general, who these fakers are and what should be done to them, or with them. It’s just a bunch of BS. In regards to that toxic fandom, or it’s ‘a win for toxic fandom,’ again, in what world does this ‘toxic fandom’ raise hundreds of thousands of dollars for suicide prevention? How is that toxic fandom? They’ve probably achieved more than any other fan base, [and done more] good than any other group. So I don’t understand.”

The Snyder Cut of Justice League is coming out on March 18 on HBO Max.