DC fans have been waiting a LONG time to get a peek at Ava DuVernay‘s Naomi! Now we actually know what she looks like in the show, courtesy of an image posted sometime on Friday! Kaci Walfall will be portraying the titular character when the series comes to The CW hopefully this year. The CW has graced us with an image of Walfall in her full Naomi get-up, and I gotta say it’s pretty spot on! They even went to the trouble of recreating the cover on her first issue! It’s an awesome picture that actually really has me hyped for the series! I actually don’t know too much about Naomi as a character, but I’m eager to learn. Here’s A Sneak Peek At Kaci Walfall As Naomi. 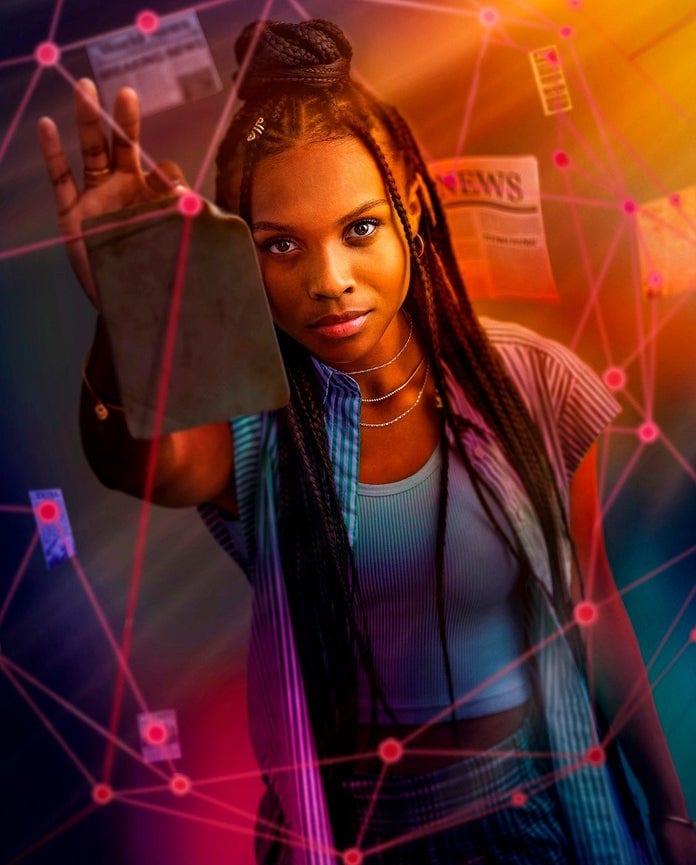 So, as we can see by the above image it’s obvious that Walfall has nailed the look! Whether or not she matches the personality remains to be seen. Who knows what her inclusion means for the Arrowverse as a whole! In the comics, Naomi is apparently a delightful young woman. In the comics Naomi recently joined the Justice League, meaning there are really no limits to what she could accomplish! Is it possible the Arrowverse is planning its own little version of The Justice League? It’s possible with most of the earths having been combined into one after Crisis On Infinite Earths.

Unfortunately, this is all for a pilot of the show. That means it is entirely possible that the show never even makes it to series. Something tells me that this show will do fine, though. I think the character of Naomi could end up meshing well with the rest of the Arrowverse characters! Besides, with so many of the shows ending we need a new batch of characters coming in! Fresh blood, fresh blood, fresh blood!

The show is being written and executive produced by DuVernay and Blankenship. DuVernay’s Array Filmworks in association with Warner Bros Television will be producing, and Sarah Bremner and Paul Garnes will also be on board as executive producers.

The series will follow Naomi’s journey after a massive supernatural event shakes her world and her hometown to the core, and once she starts investigating what happened, her world will experience some shakeups as well. In the comics Naomi’s world was ravaged after years of abuse to the Earth caused the planet’s protective layer to completely collapse, subjecting it to massive radiation. Several individuals, 29 in fact were given powerful abilities, and most of them went to war. One of the new castings includes Zumbado, who in the books ends up conquering a large portion of the world. Here’s A Sneak Peek At Kaci Walfall As Naomi