Today was a normal day at the office-until we got the mail.

Inside of our mailbox, was a tiny box. We opened it joyfully. Maybe it was chocolates, or a bracelet!
Much to our shock, we found this. 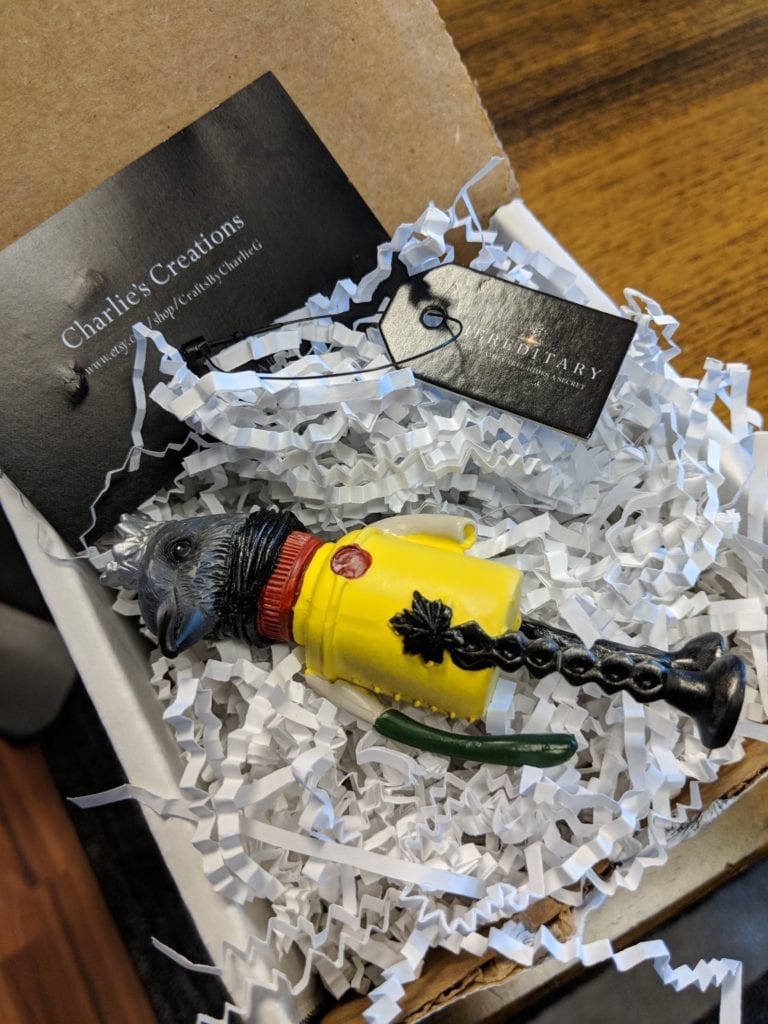 No note, just a business card. If this looks familiar to you, you may have seen the trailer for Ari Aster’s Hereditary, which premiered this year at SXSW.

Hereditary stars Toni Collette and Gabriel Byrne, who play a couple who recently loses a grandmother. After her death, nothing but horror ensues. The film also stars Milly Shapiro who plays the couple’s daughter, Charlie.

Charlie is definitely troubled, and things only get worse once her grandmother passes. “Charlie” has now opened an Etsy shop called: Charlies Creations by CraftsByCharlieG.

She sells 18 different dolls that she makes herself. By the looks of things in the trailer, these dolls aren’t necessarily good luck charms. Here is the one we have, and boy is it unique looking! 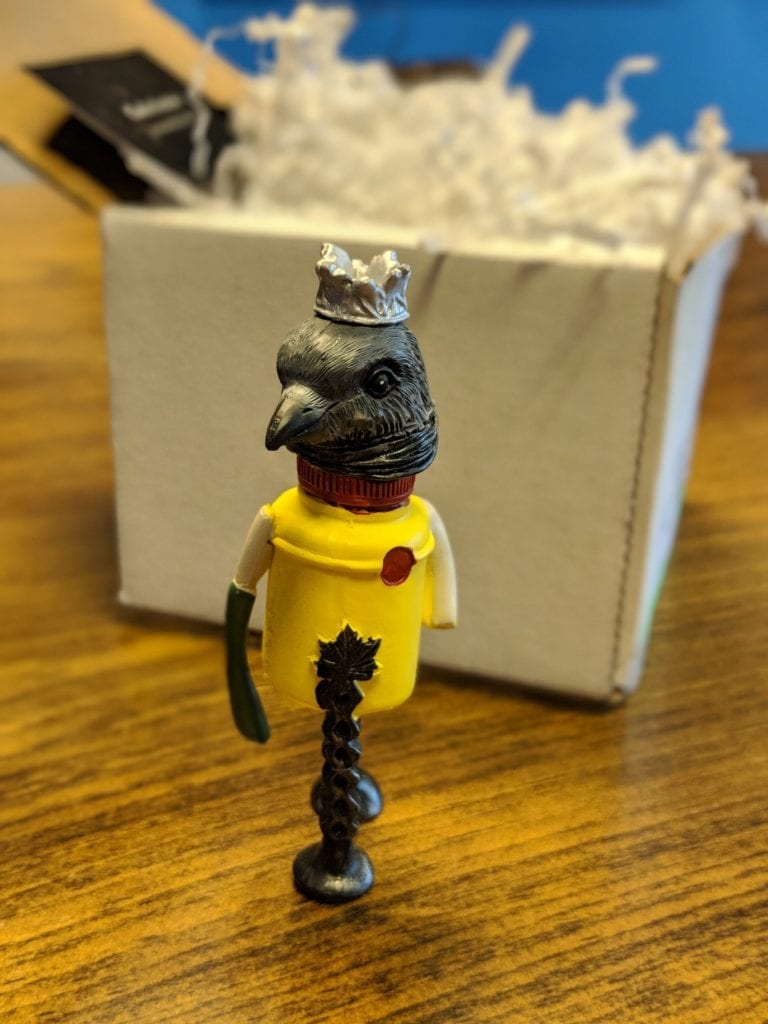 Hereditary hits theaters on June 8th, and we are both horrified and intrigued by this funny little bird creature we have in our possession.

There is no official synopsis of this horror film, but take a look at the trailer, and you’ll understand why.