We’re in the midst of a painful hiatus from Game of Thrones whilst they work on the 8th and final season. The perfect way to quell the lonely winter is with some Game of Thrones merch, isn’t it?

HBO Shop will be very busy on Black Friday, slicing prices 40%. Here is everything you can get on sale this upcoming Black Friday shopping extravaganza. 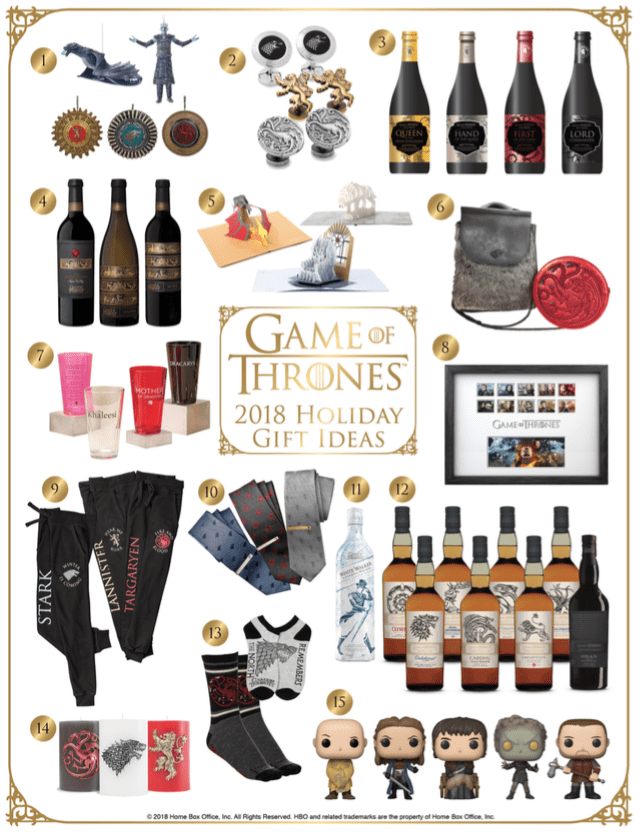 Money Clips and Cufflinks which feature the Stark, Lannister or Targaryen sigils.

Chardonnay, Red Blend, Pinot Noir and Cabernet Sauvignon wines based on the series.

Intricate and hand-crafted pop-up cards based on characters, dragons, Ghost and the Iron Throne. They are indidivudally wrapped and beautifully crafted.

Breakout fashion brand Danielle Nicole has made a Game of Thrones Line of backpacks, crossbody bags, wristlets, and coin purses all based on the designs from Westeros.

A set of 10 special character stamps and stamp sheet. Featured ae The Night King, Direwolves, Dragons and Giants. They are individually mounted and sealed in a wood effect frame.

Black joggers available for Hous Stark, House Lannister and House Targaryen members. Which are you?

All items will be available on Shop.HBO.com.