Winter has been on its way for six seasons and, now that we are about to kick off season 7, it’s finally here!

On Wednesday, perhaps not so coincidentally on the first day of summer, HBO dropped an epic new trailer for the 7th season of Game of Thrones.  Additionally, on Wednesday, HBO revealed some truly “chilling” new character posters for the upcoming season.

The posters feature the main cast of characters but, with a bit of a blue twist.  Each character poster is a close-up of the cast but, only the left side of their face and, they are tinted blue.  Additionally, the incredible detail in regards to their eyes is simply striking.  On each poster, the tagline, “Winter is here,” is written.

In the past few weeks, HBO has really turned up the heat on releasing awesome teasers!  Also released within the past few weeks were some cool new photos and another super eerie poster featuring the Night King.  One thing’s for sure, there’s certainly some major conflict coming our way in season 7.

Check out the gorgeously stunning and yet totally ominous new character posters below.  The wait is almost over!  Game of Thrones will return for its 7th season on July 16th on HBO. 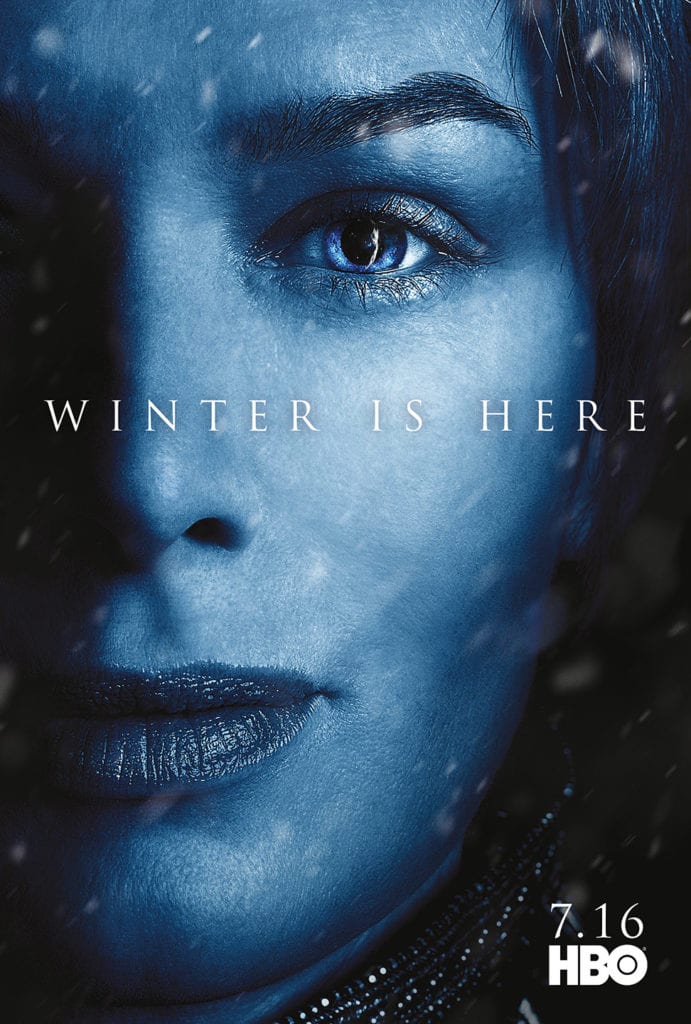 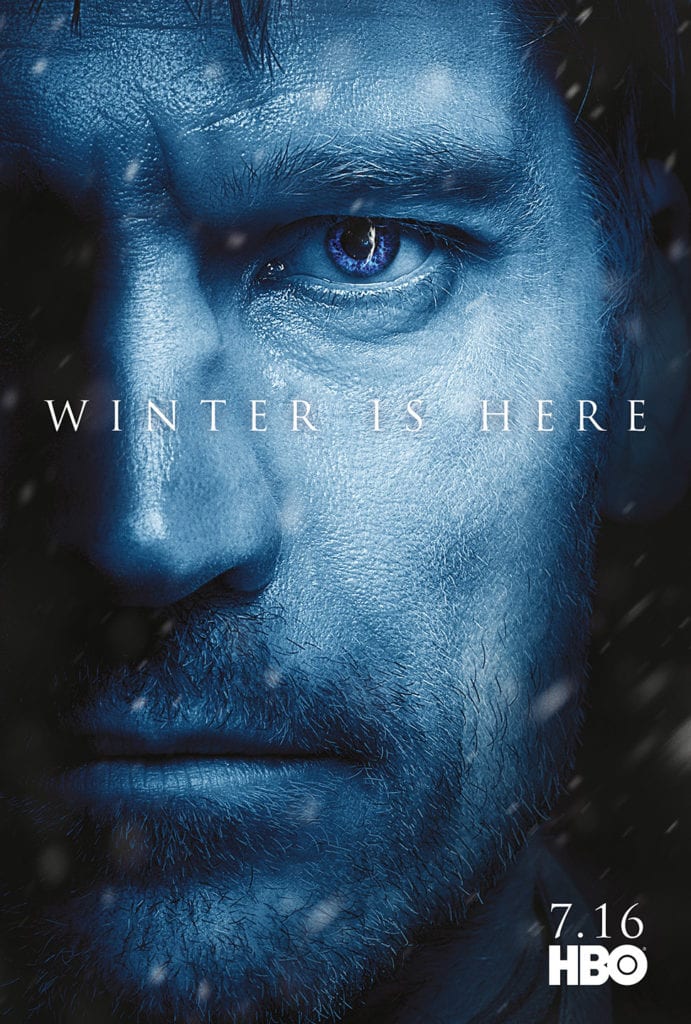 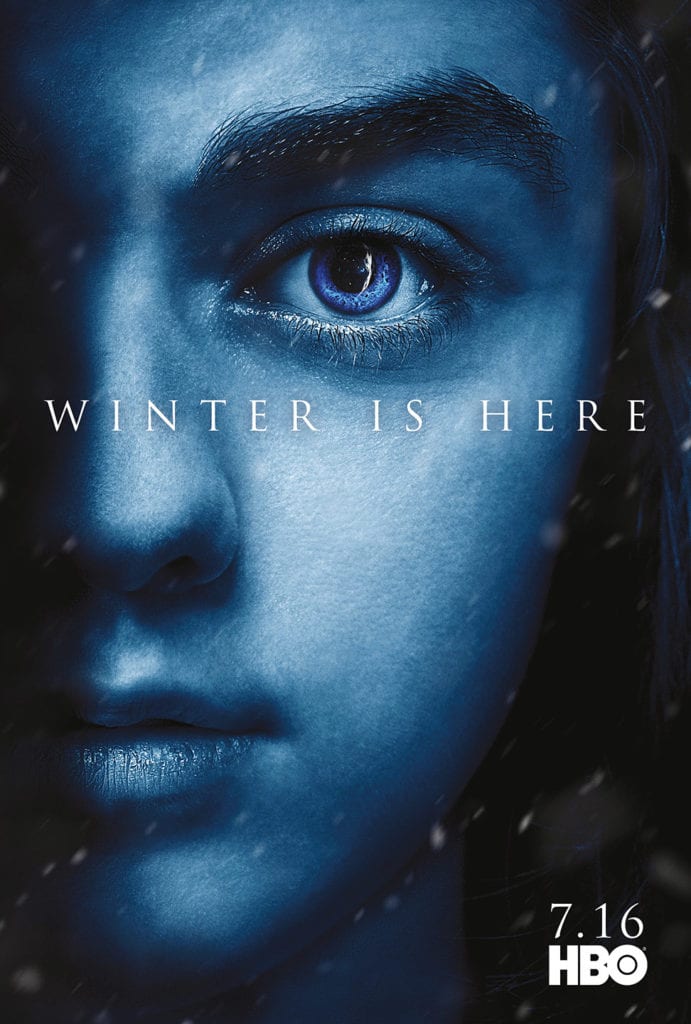 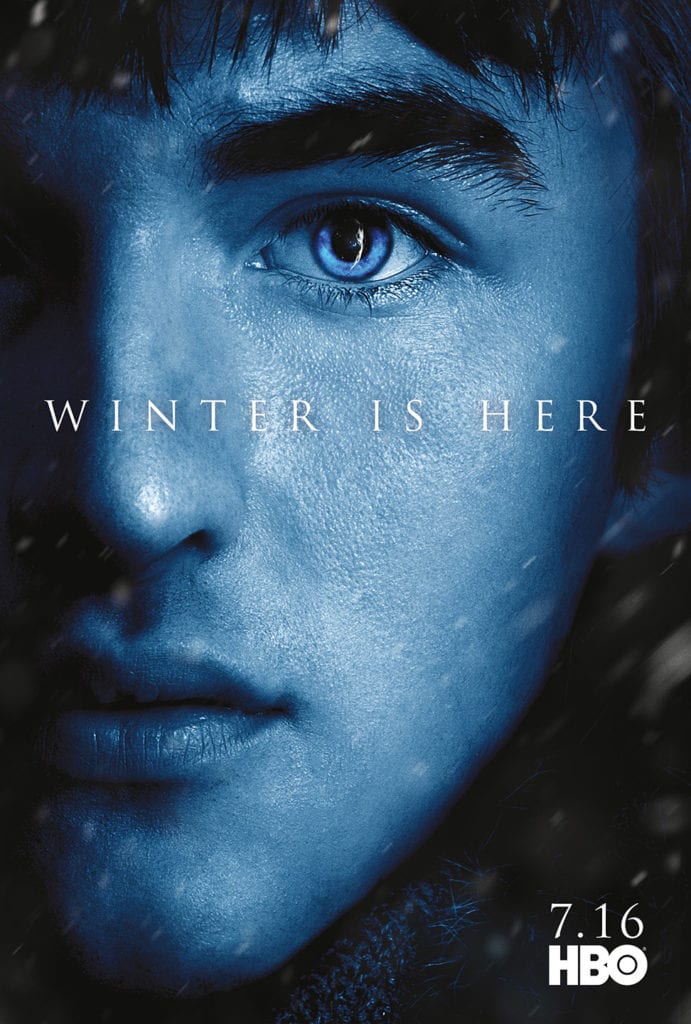 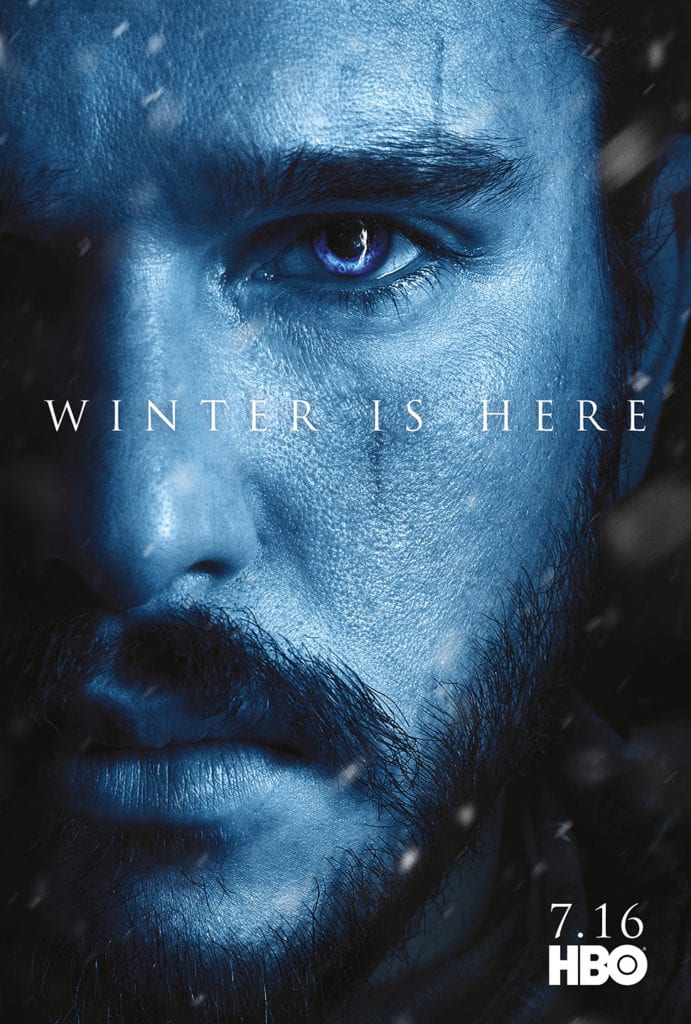 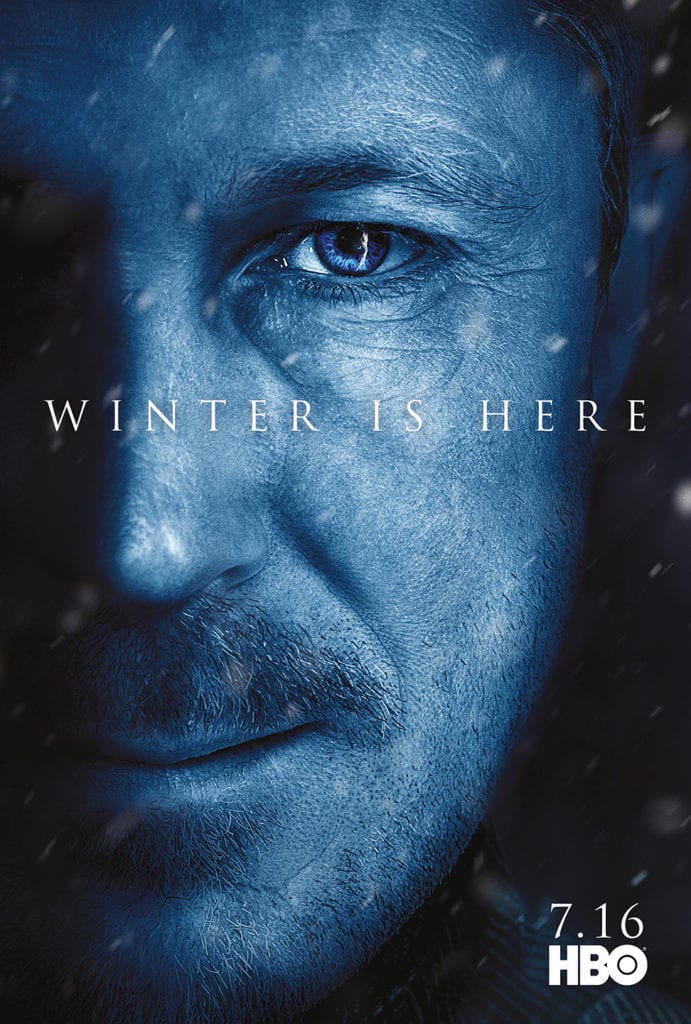 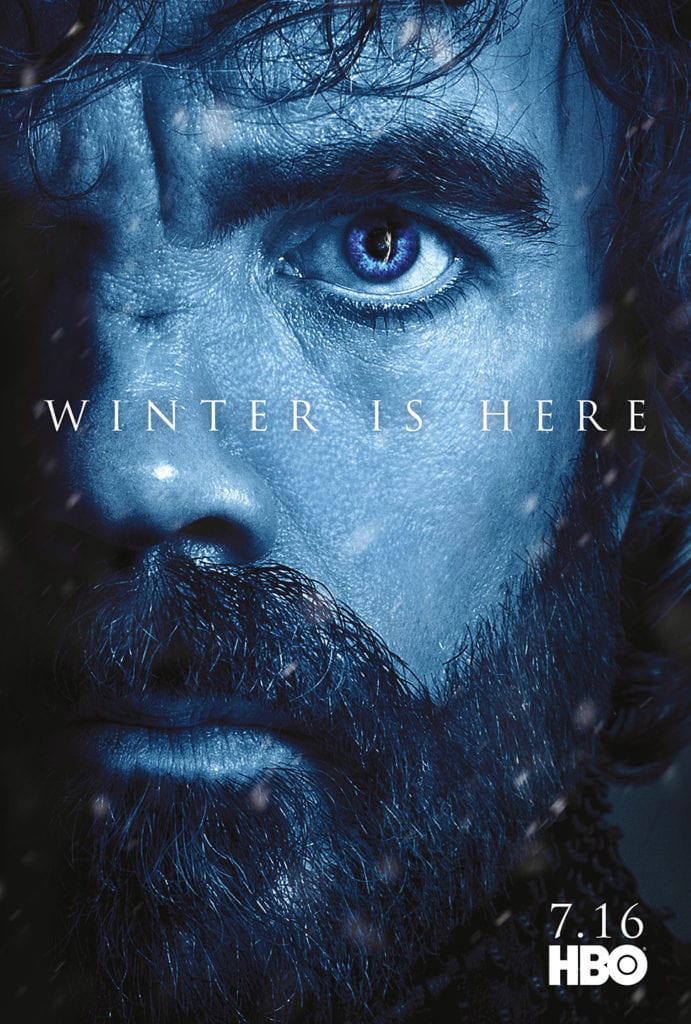 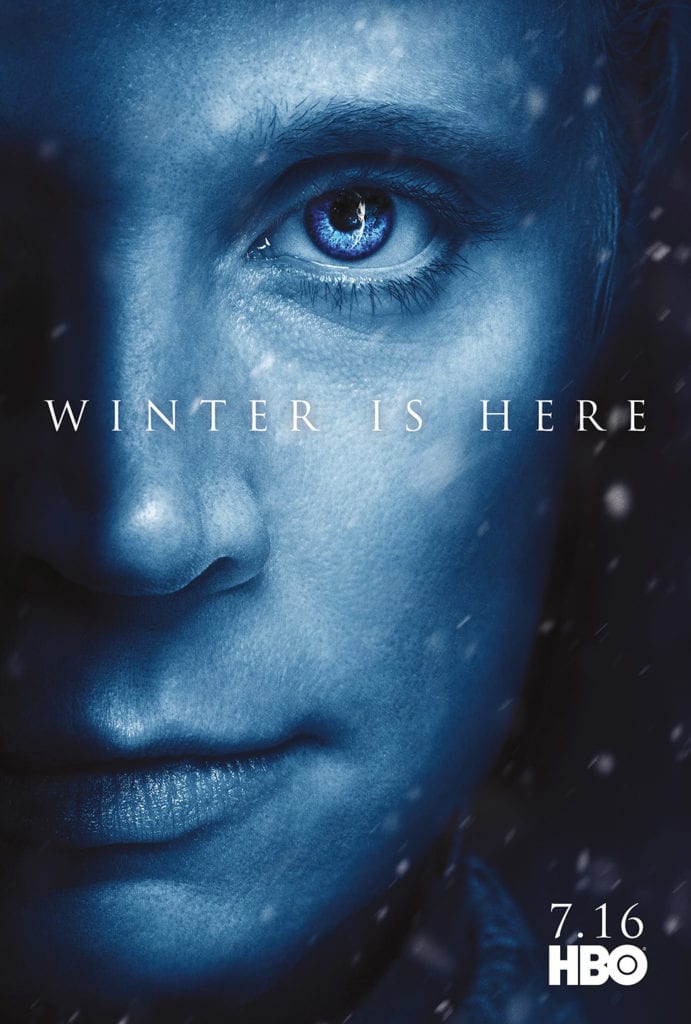 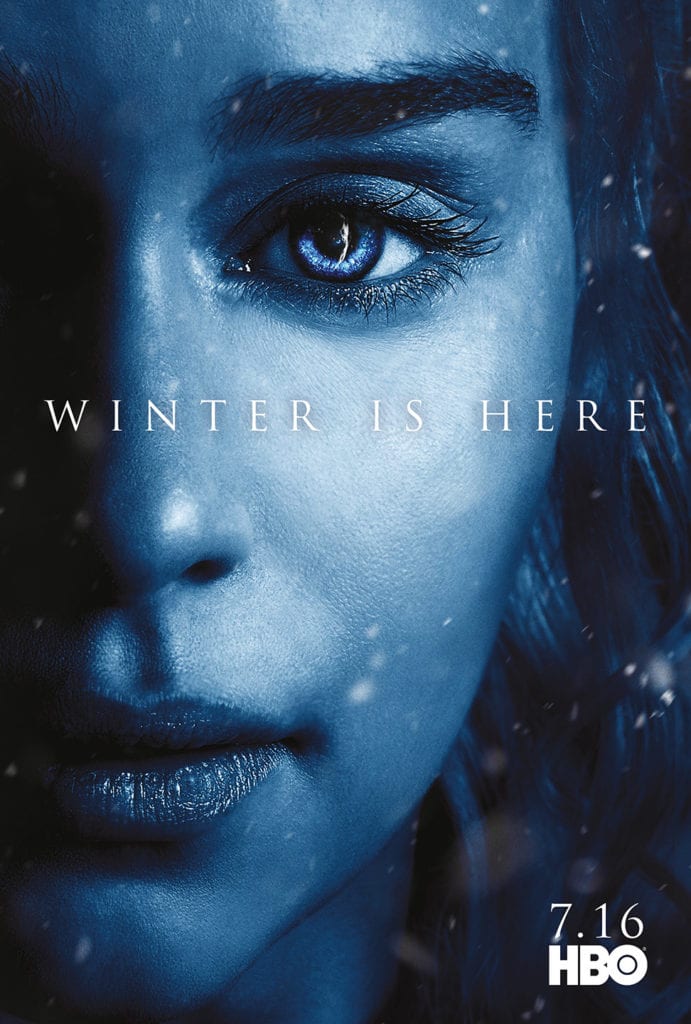 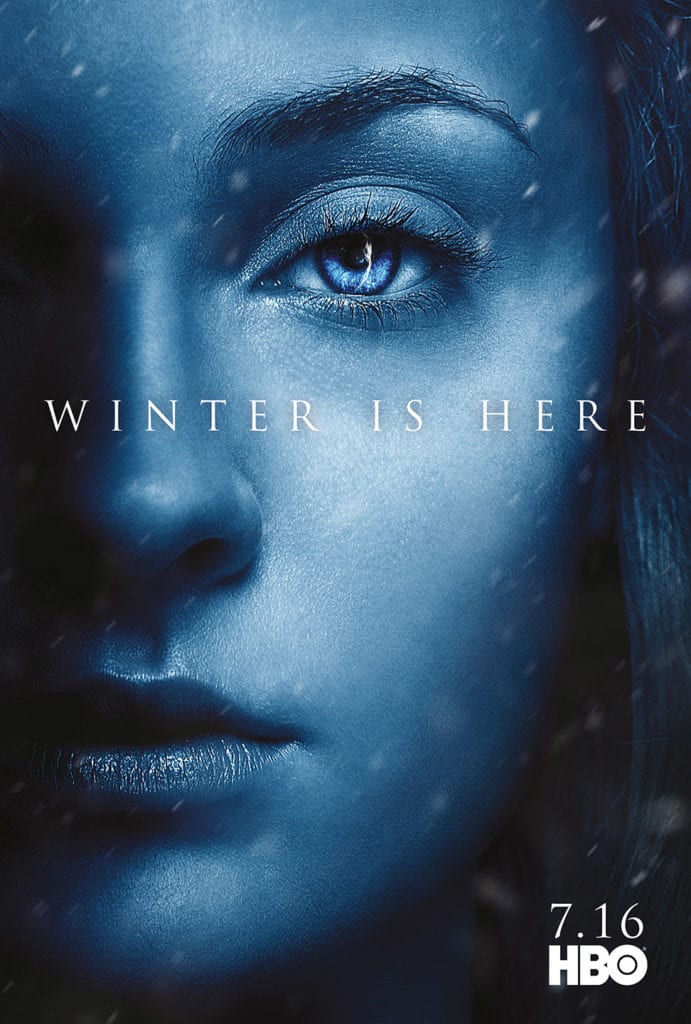 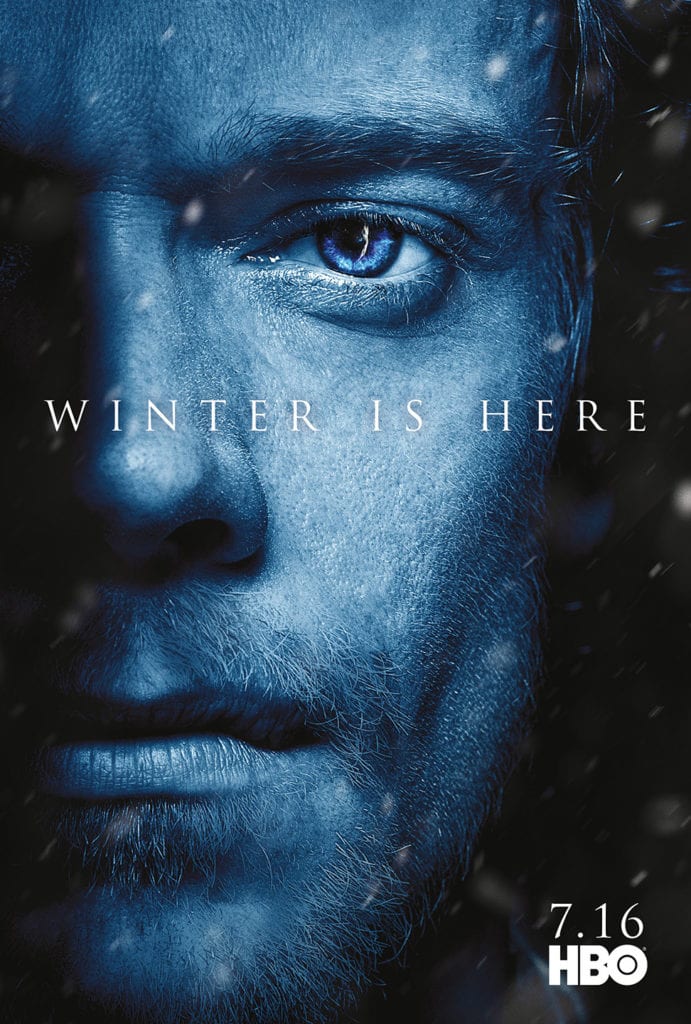 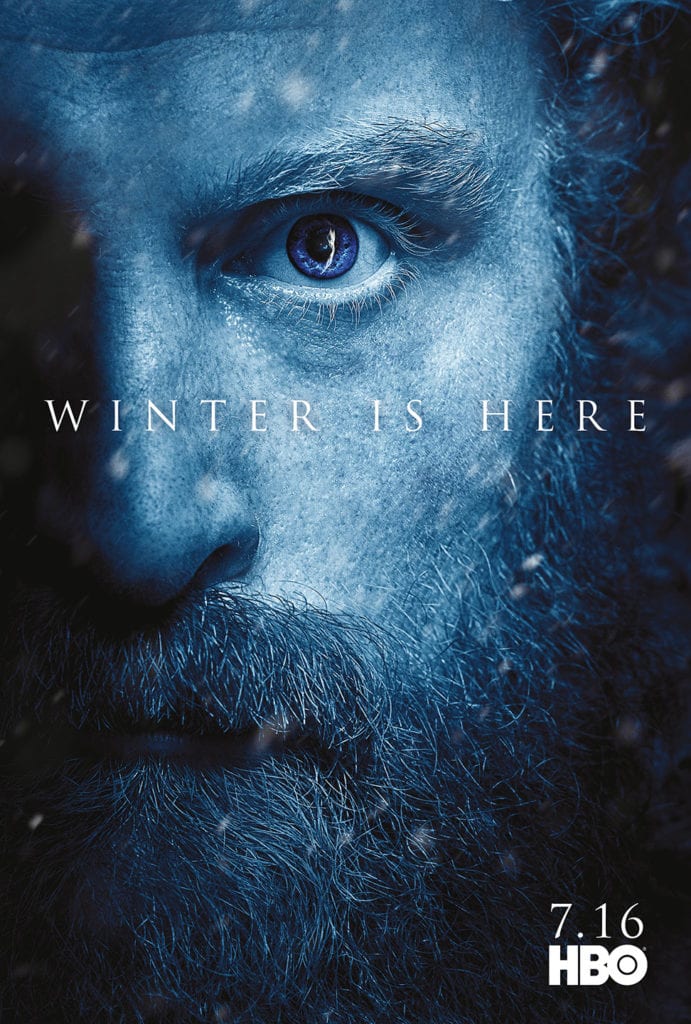