During a concert in Austin, Harry Styles appeared to endorse Democrat Beto O’Rourke for Texas governor.

During the performance on Sunday, Styles showed a “Beto for Texas” sticker on his guitar that could be seen up close on the big screen. O’Rourke was then shown in the crowd along with members of the pop star’s fanbase applauding.

O’Rourke was seen later walking around the arena, greeting fans as he went.

The crowd went wild after Styles’ apparent support of the Texas Democrat, who is seeking to unseat incumbent Republican Gov. Greg Abbott in November, according to reports. 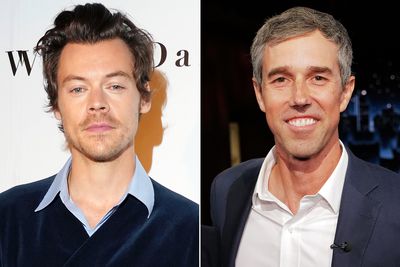 In the 2018 Senate election, Beto O’Rourke, a former member of the House of Representatives, was unable to unseat Texas Republican Ted Cruz. O’Rourke also sought the presidency in 2020 but withdrew in November 2019 owing to lack of momentum and financial difficulties. He later backed President Biden’s campaign.

Styles has also been active in politics this year, signing up to participate in an effort to assist individuals register to vote ahead of the November election.

During the show on Sunday, Harry Styles displayed a “Beto for Texas” sticker on his guitar.

Biden, who is a self-described “centrist,” was backed by former Vice President Joe Biden, who is to the left on politics.

During a campaign event in Texas on Saturday, Willie Nelson backed O’Rourke.

According to RealClearPolitics‘ average, Abbott is leading O’Rourke by eight points. A poll released Sunday by the Texas Hispanic Policy Foundation found that the incumbent had a seven-point advantage.

The two candidates got into a fight during a debate last week, where they went after each other on hot-button issues like immigration and abortion.