On Friday, May 19th, LA fans of Harry Styles were treated to a secret show. Just days after he performed one in London at The Garage, news broke that The Troubador would be housing Harry and some lucky fans. Not only did he put on a secret show, he gave proceeds of tickets sold to a charity organization, Safe Place For Youth. Harry’s first secret show saw proceeds go to the Little Princess Trust.

Not only is Harry making fans happy, he’s giving to people in need – as if we needed another reason to adore him. Speaking of adoration, the world may simply adore Harry, but on Friday he got to share the stage with someone he adored, someone he’s called an idol for some time now, and it was emotional for everyone.

Harry welcomed Stevie Nicks…yep, THE Stevie Nicks… to the stage and the two sang ‘Landslide’ and ‘Leather and Lace’. If that wasn’t monumental in itself, they also sang Harry’s tune ‘Two Ghosts’ together. So, we’ll recap that for you. Someone Harry idolizes got on stage with him during a secret show and sang one of HIS songs. We teared up for him. Harry did too, on stage during Landslide, it all became a bit too real.

Towards the end of the video, you see Harry stop singing and wipe his eyes, he’s overwhelmed with gratitude ad appreciation and he didn’t let Stevie go without knowing so. The two embraced on stage and shared an exchange. 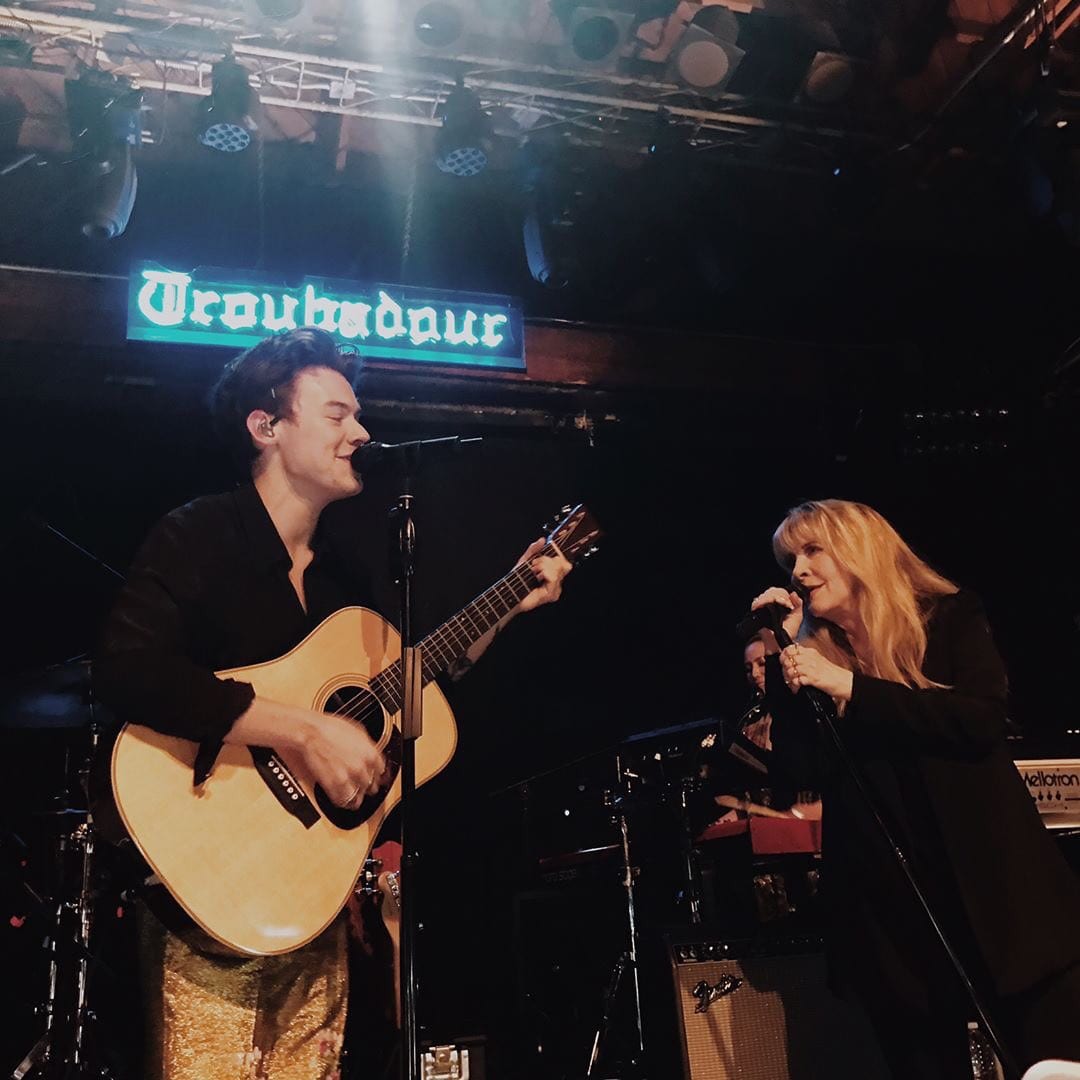 Harry was nervous to start his solo venture, it was something he was unsure of – after being in a band for years, breaking out on your own is something new entirely, even if it is in the same line of work. This album was more of a soul-baring project and the song Stevie and Harry sang – ‘Two Ghosts’ – is one of the most beautiful on his album. It says a lot about his passion, talent, and a lot about Stevie too.

We’re sort of insanely jealous that we weren’t in attendance for this one, but living through the videos works too. You can watch the other videos on social media, then come back and let us know which song they performed together was your favorite!