Harry Potter fans were in their feelings this past weekend, after photos emerged of Tom Felton and Jason Isaacs filming an off-screen reunion. In all eight of the fantasy films, he played Draco Malfoy and his father Lucius Malfoy, respectively. This weekend, Tom Felton appeared on the West End stage and Jason Isaacs was in the audience to watch. 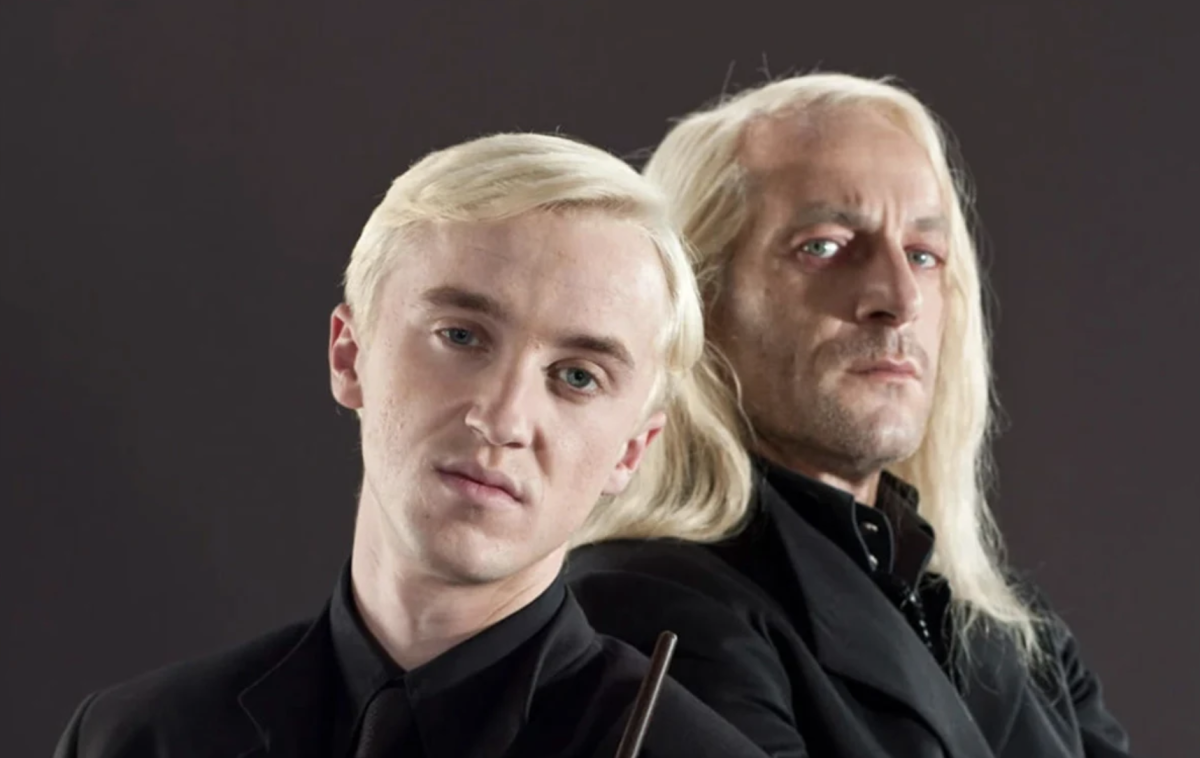 Felton starred in the play 2:22 A Ghost Story, and Isaacs was there on Saturday. The two posed for a selfie together outside the theater and both shared it on Instagram. Felton made a reference to one of his own infamous lines from the Harry Potter films, writing: “My father heard about this, play I was in.” Isaacs went into detail about how proud he is of Felton’s growth as an actor over the years.

“So proud and, along with the audience, thrilled to see my boy commanding the stage today, breaking hearts and filling pants,” he wrote. “Equally terrifying, he’s recording music and has a book coming out too. I feel smug if I take the bins out on the right day (doesn’t happen often). I’d hate him if I didn’t love him.”

They were cast together in Harry Potter and the Sorcerer’s Stone (2001). The two had been together for a full decade while filming the Harry Potter films from 2001 to 2011. In December, fans got their first look at how close the rest of the cast was during that time period in HBO Max special Harry Potter 20th Anniversary: Return to Hogwarts. It included archival footage of youngsters attending classes between scenes as well as present-day interviews about how much they looked up to adult stars at the time.

Felton also honored his other on-screen parent during that special – actress Helen McCrory, who played his character’s mother, Narcissa Malfoy. During the special, Felton teared up as he said: “She taught me a lot. See? I can’t even say it. She had this ability, yeah, just to sort of show such empathy in her eyes. It was a real treat to work with her.”

Isaacs lavished praise on McCrory during the special, saying: “I said, ‘I think I’ve just met the best actress I’ve ever seen in my life.’ I feel lucky to have worked with her and just shared just so much frankly adolescent laughter with on the set.”