Today, April 6, marks the 62nd birthday of the oldest Dixon brother, Michael Rooker. Michael played Merle Dixon, Daryl’s older brother on AMC’s The Walking Dead from seasons 1-3. His character was killed by the Governor and then when he turned, killed again by Daryl.

Born in 1955 in Jasper, Alabama, Michael had 8 siblings and studied at the Goodman School of Drama now The Theatre School at DePaul University in Chicago, Illinois. He made his feature film debut in the 1986 film,  Henry: Portrait of a Serial Killer. Some other film’s have included, Mallrats, Cliffhanger, Tombstone, Days of Thunder, Mississippi Burning and Eight Men Out. 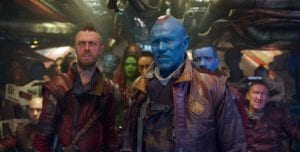 Michael lives in California with his wife and the couple has two daughters.

Join us in wishing Michael the happiest of birthdays!!!