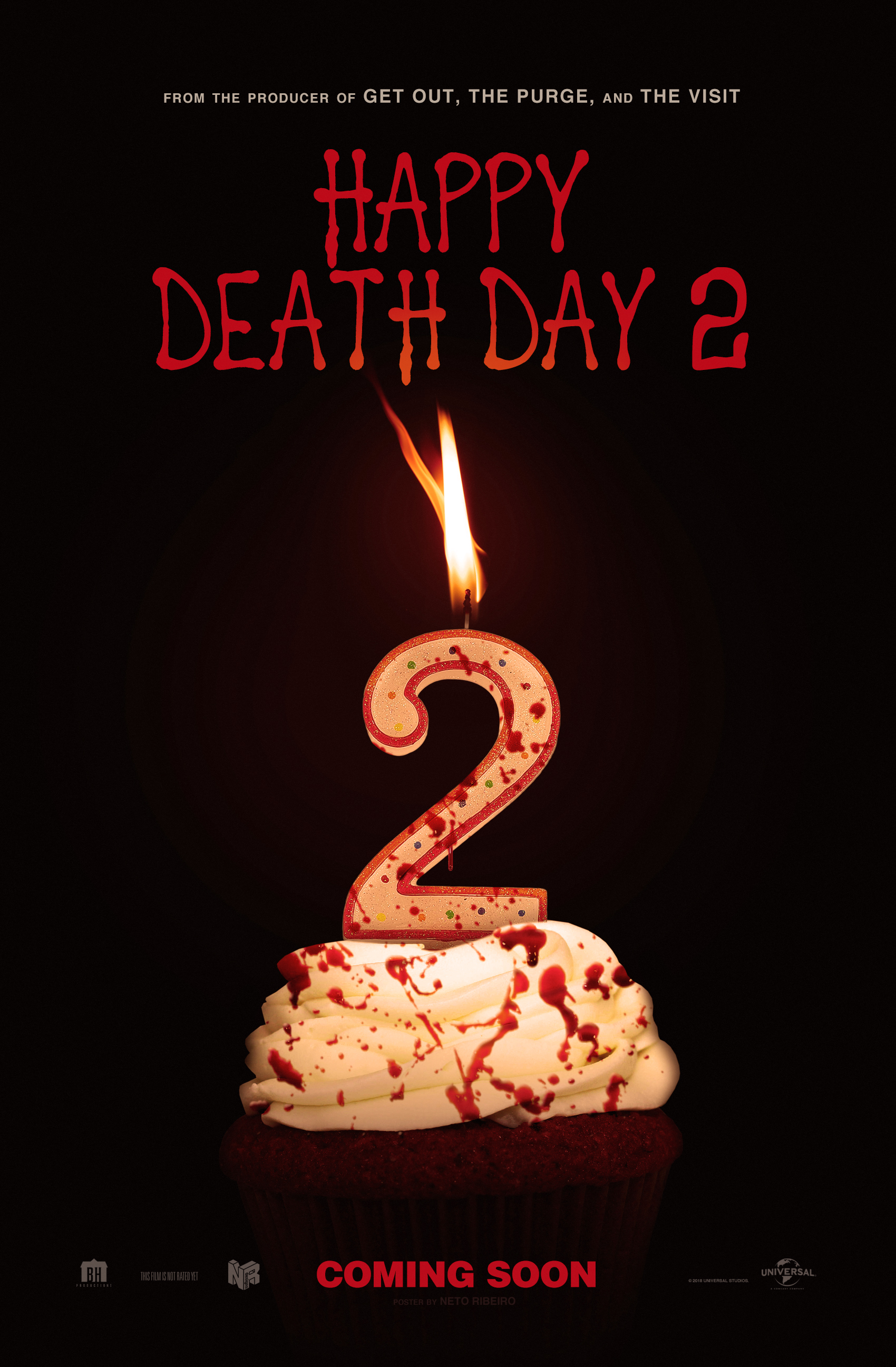 Things are certainly picking up for Blumhouse and Universal’s upcoming sequel for the successful horror film Happy Death Day as the studio has officially announced a title for the follow-up. Jessica Rothe will be reprising her role as Tree Gelbman in the aptly titled Happy Death Day 2U, which is a coy play on both the “Happy Birthday” song and the 2nd film. The horror film will make for the perfect romantic outing as it is set to hit theaters on February 14, 2019.

While the details of the film are still unknown, Variety revealed that a synopsis for the film reads that Tree will quickly learn that “dying over and over was surprisingly easier than the dangers that lie ahead.” To All the Boys I’ve Loved Before star Israel Broussard is set to reprise his role as Carter Davis as is Ruby Modine who played Lori Spengler in the first installment.

Happy Death Day 2U will once again be written and directed by Christopher Landon with Jason Blum Producing. Executive producers include Angela Mancuso, John Baldecchi, and Samson Mucke.

2017’s Happy Death Day followed Rothe as Tree Gelbman, a college student who must relive being brutally murdered on her birthday over and over again (in different and gruesome ways each time) until she can figure out just who the murderer is. It was basically Groundhog Day for horror lovers and the idea seemed to work because the movie currently holds a Fresh rating of 70% on Rotten Tomatoes and grossed an impressive $26 million its opening weekend and eventually went on to earn $122 million worldwide.  The film was made for just under $5 million.

Are you excited about Happy Death Day 2U? Did you see the first movie? What do you hope the plot is about? Let us know!