We want to wish Steven Yeun a very happy birthday!

This year has been quite the year for him, as he recently got married and we also found out he and his wife are expecting a child! 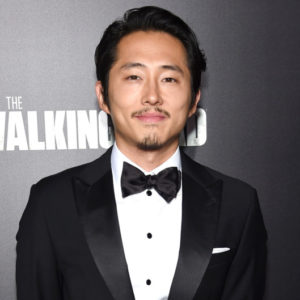 Steven also ended his time as Glenn on The Walking Dead at the hands of Negan, and we miss him dearly! You will be able to hear his voice in the new series Trollhunters, though, and also see him in the upcoming film Okja!

He turns 33 years young today! Have a great birthday Steven!