The great James Earl Jones is celebrating his 87th birthday!

You probably know him as the voice of Darth Vader from Star Wars or Mufasa from Lion King, or from other classic films such as Field of Dreams, The Sandlot, and The Hunt for Red October. 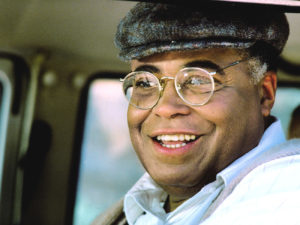 Jones got his start on the stage, making his Broadway debut in the late 1950s in the play Sunrise at Campobello.  He was awarded his first Tony in 1968 for his role as Jack Jefferson in the Broadway drama The Great White Hope.

His first film role was as Lieutenant Lothar Zogg in Stanley Kubrick’s war satire Dr. Strangelove in 1964 and his career kept rising. Jones is credited with 191 IMDb film credits and just as many self-credits and he is far from finished. Jones is will reprise his iconic role of King Mufasa in the 2019 re-imagining of Lion King.

He was also a guest star, along with the late Carrie Fisher, on the hit comedy The Big Bang Theory. He played himself and got to pal around with Jim Parson’s Sheldon, who idolizes Jones. Jones takes Sheldon on crazy adventures, including pulling a prank on Fisher. 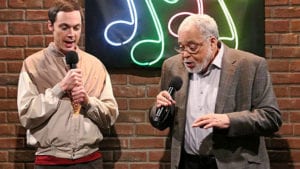 James, we hope you have an amazing day and that all of your wishes come true! HAPPY BIRTHDAY!

‘Star Wars: The Last Jedi’ had More Creatures Than any ‘Star Wars’ Movie