This week’s Arrowversary happens to coincide with a new episode!

It’s been a year since one of the best episodes of season five aired, “Underneath.”

The 20th episode of Arrow season five essentially pulls together some of my favorite aspects of the show. It’s always great when the show takes the time to examine Oliver’s headspace (a bit) and when the hour really shows the work when it comes to character relationships.

It was a huge episode for Olicity as we got to see them finally work through things, both in present day and those flashbacks, that was not exactly addressed over a large part of season five. Oliver and Felicity got to argue and actually talk about what stood in their way. The hour slowed things down enough to really develop this aspect which made me love it more.

The flashbacks also filled in a few blanks about where Oliver and Felicity were during their time between season four and season five, especially considering their steamy moment in the bunker after essentially being parent trapped by Curtis and sharing wine, Chinese food, and a salmon ladder lesson.

One of the highlights of the hour is how much insight we get into not only the Olicity relationship but Oliver’s frame of mind. Felicity wants to know why he doesn’t back her play (and in turn wants to discuss what attributed to their break up) and it’s in the moments when he’s about to pass out that we get closest to getting to his issues.

It was filled with things fans were waiting to hear about getting explained, from their dynamic between season four and five to the core of their relationship issues. 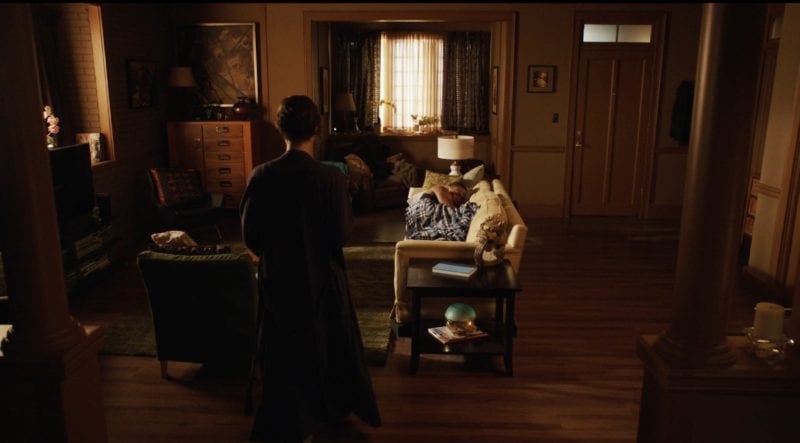 While Olicity were talking things through, Dyla was having their own moment after disagreements about the job. Seeing them talk it out when it comes to their jobs and the moral grey in both of their positions on their respective teams was really good to watch especially in the build-up to this episode where Digg questions just how much of Waller is in Lyla as head of ARGUS.

We also get treated to a fantastic OTA moment as Diggle goes down the air shaft to save his best friends. It’s an OTA stunt that really symbolizes the kind of bond they have. They are always willing to do what they have to in order to save each other.

“Underneath” was an episode that stood out also because this is one of those rare episodes that Oliver (Stephen Amell) spends every scene in the episode with the same character, Felicity (Emily Bett Rickards).

A few stand-out lines of the hour:

Arrow airs Thursdays at 9 p.m. on the CW.

Law student by day (and night), Brianna spends her time away from books, briefs, and outlines watching TV and writing about it at TwoCentsTV, TheTVAddict, and now here at FanFest. Superheroes and a crime-fighting zombie currently rule her DVR. All other nerdy musings 140 characters or fewer at @WhenWatchingTV