David Gordan Green’s Halloween trilogy started with 2018’s Halloween and continued with last year’s Halloween Kills, and now it is finally time for the third movie in the series, Halloween Ends. Unfortunately, reviewers haven’t been too kind to the new film. ComicBook.com‘s Patrick Cavanaugh gave it a 2 out of 5, saying it was “confounding and convoluted.” If you’re interested in watching anyway, though, you can catch it tonight in theatres or from home on Peacock.

“There is no separation. I wouldn’t have anything in my life without Laurie Strode. Nothing,” actor Jamie Lee Curtis has said. “I wouldn’t have a career. I would not have a family… Everything good in my life came from that s—ty little office on Cahuenga Boulevard in Hollywood, that was about the size of where these two chairs are, when John Carpenter and Debra Hill cast me in the part of Laurie Strode.”

She continued, “I didn’t know it then, I know it now. You know one of these days, hopefully not tomorrow, but you know, I’m 64, do the math, it’s not in my favor, sooner than later, it’s going to say three words: ‘Halloween actress dies.’ My point is, it is the permanent ink of my life.” 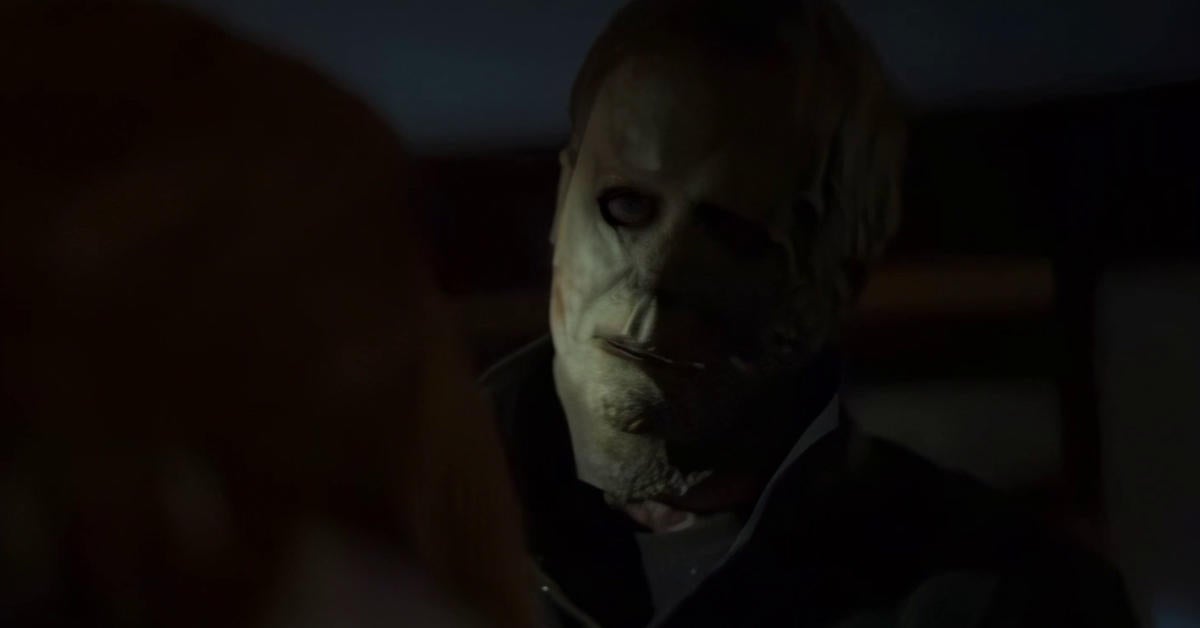 Curtis said last year that she never thought they would do another Halloween movie after the first one, and that she will never say goodbye to the franchise as long as she is alive. Curtis explained that being a freelance actor means that she is technically unemployed, so taking on other projects is always an option – but Halloween will always be her priority.

She continued, “It will be hard to imagine a circumstance that happened the organic way that this one did from an email from this one to this one on September 7th, 2016 at 8:37 PM, Los Angeles time, saying, ‘Moonshot ‘Halloween’ question mark, full creative control, Carpenter doing the score. Is this a sandbox you would play in?’ And five years and a month later, and many hundreds of millions of dollars in revenues. Millions of fans around the world are now reinventing, I mean, reassociating with Laurie and Michael. And so to say goodbye? No. Can I imagine another magical scenario? No. But I never thought I’d be here. The last thing in the world I thought I would have done again is another Halloween movie, the last thing. If Jake Gyllenhaal hadn’t called me and said, ‘Hey, my friend David would like to talk to you about a Halloween movie.’ I was like, ‘Okay, Jake.’ And then David called me, but that was after the original email between them. That was way after.”

You can now watch Halloween Ends on Peacock.

Home » News » “Halloween Ends” is Available to Watch Now, Here’s Where You Can Stream It