Hailey Bieber is a firm supporter of openness in her relationship with Justin Bieber. When interviewed by Alex Cooper for the latest Call Her Daddy podcast episode, the model was succinct. Haile said she didn’t believe “anyone cares” about married couples’ sex lives, but Cooper quickly corrected her statement.

“I think the second you make the decision to do that, there is never going back from that,” she explained “It can be so many different things It’s a physical or mental connection, or it might be both.
For me, kissing is a big deal,” she shared “That’s a big thing for me. It always has been, like, in my life before I was married.” 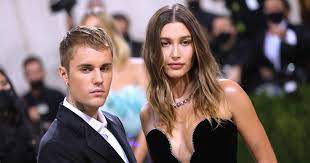 According to Hailey, a big factor for Justin is the connection point.

“He’s really honest, like brutally honest, overly honest,” she said “The connection point is very important to him. We could literally be lying down talking before having a really fun conversation. That’s really important for him.”

Hailey also addressed speculation that she had attempted to intervene in Justin’s relationship with Selena Gomez. “No, not one time,” Hailey responded when asked whether she’d ever gotten together with Justin while he was dating Gomez. “When him and I ever started, like, hooking up or like anything of that sort, he was not ever in a relationship — ever, at any point. … It’s not my character to mess with someone’s relationship, I would just never do that. I was raised better than that. I’m not interested in doing that.”

Hailey sought to “set the record straight once and for all” in her revealing interview with Entertainment Tonight, according to Us Weekly.

“She wanted to give people an idea as to who she really is and clear up any negativity or lies about her,” a source told the outlet She’s in a nice place both personally and professionally with Justin. After significant effort, she now confidently discusses herself and her views candidly. She understood that there might be negative consequences, but it was a personal choice for her to share her feelings. She felt like it was important to open up.”