Good news Groot lovers and groovers, if you are attending Comic Con this summer, you can pick up one of these exclusive cuties! 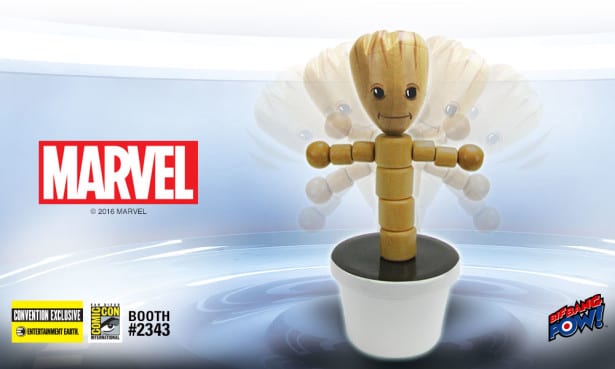 The new wooden push puppet of the lovable baby tree from Guardians of The Galaxy actually dances!

Entertainment Earth is supplying the puppets, which will be four inches tall and controlled by a button underneath his pot. They will indeed be limited edition with only 2,400 available so if you are planning to head to comic con, you better move fast! They will be individually numbered at the Entertainment Earth booth.

if by some chance you can’t make it, you can pre order them here, and if any are left after SDCC then you may be shipped one-but I think that may be unlikely. Everybody loves Groot!

In fact, the FanFest team may be there and I am going to be running to grab him. It’s on guys!