Hello, fellow Gothamites. Another week has passed which means we have a brand new recap for you. Last week we saw how Lee got her payback and shot Sophia Falcone, which lead to her being in a coma. Penguin and the Riddler are on the lose, which means nothing good will come out of it. Oh, and Grundy is finally back to being Butch, and he confronted Barbara with it. Don’t forget about Ra’s Al Gul’s return to Barbara! 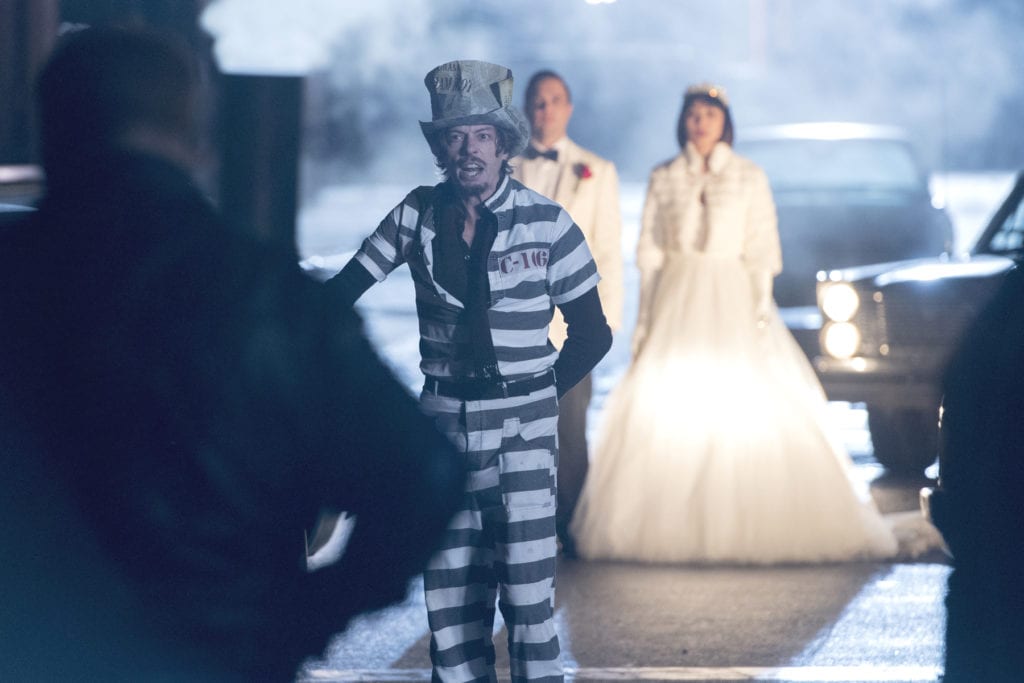 This week we start off back in the Asylum, alarms blaring. The bodyguard turns up her music on her Walkman and goes into the Tetch his room. Him trying to hypotheses the bodyguard didn’t work out. However he had a way of going around it, so he hypnotized another bodyguard. Of course, she isn’t wearing any headphones, so she kills slashes her colleague’s neck. That way Tetch, Scare Crow, and Jerome can escape their cells, and helped the other goonies escape the Asylum. It gives the GCPD not such a great start to their nights as they get called to the scene. Bullock and Gordon both check out their first lead, an abandoned place, where they meet a husband and a wife, both in their wedding clothes. Once the two cops get close to the couple, they take a step back by all the people coming out of the cars. They’re all hypnotized by Tetch. In the end, Gordon finds Tetch at a radio station where he was broadcasting his hypnosis and puts an end to it.

Looking back at Barbara, her migraines keep coming back more prominent, and her hand was glowing. Tabitha gives Barbara that little nudge to open up the barrier, and Barbara goes right to it. Soon Barbara remembers how she died and how she got brought back by Ra’s and the Lazarus water. Ra’s went on a full speech when after she came back and told her how she would become the Demon’s Head and lead the League of Shadows. That’s how she got her army. However, a man in the League is not too happy about a woman leading the League.

Back with our favorite couple to be, Bruce and Selina go right into the GCPD where chaos meets them. Because all of the chaos, Bruce and Selina have no trouble to break into the Captain’s office. There, Bruce asks Selina to find the file of Jerome Valeska. 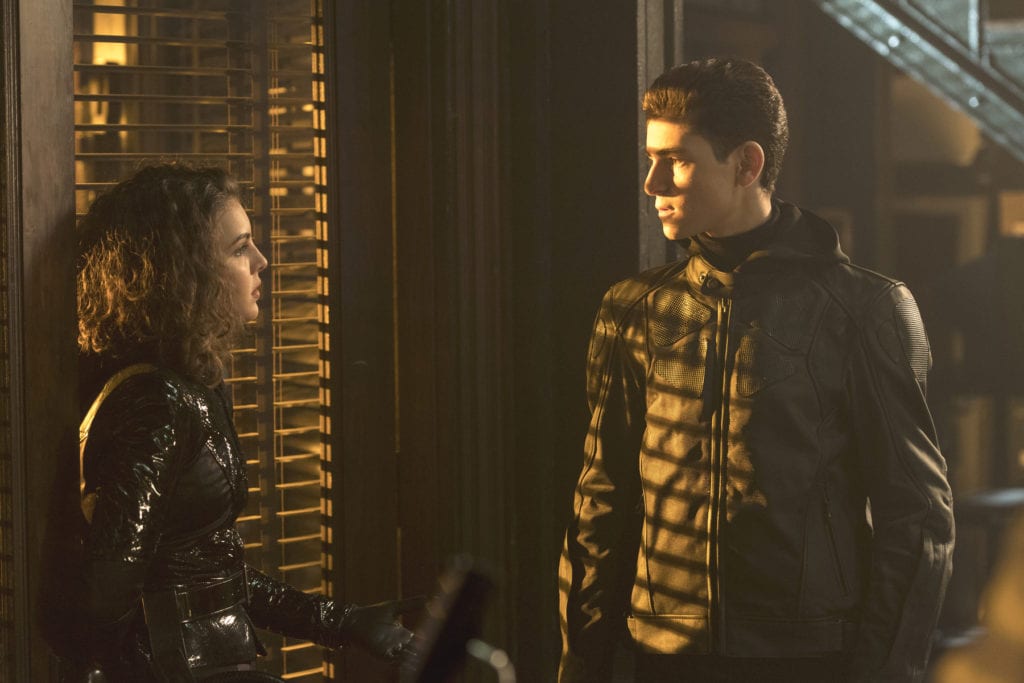 Jerome Valeska has one twisted mind. However, it seems to run in his family when his uncle spills scalding hot soup all over Jerome’s face. Right before his uncle’s guy can finish the job, Bruce walks into the diner with near-perfect timing. Of course, it takes the attention off of Jerome, and they attack Bruce. While Bruce fought the bodyguard, Jerome shot his uncle. Once again, Jerome shows his funny bone and tells a story of how no one ever helped when he got beaten by his uncle in the past.
Now here is when it got interesting, while Jerome was almost falling from laughter while he looks at Bruce and the big guy fighting, Selina comes out of nowhere and uses her whip to take away Jerome’s gun. She pointed it at Jerome, and she took a shot at him. Even though it didn’t get him, Bruce tries to fight Selina off, and he lands right on top of her on the floor. And that’s how Jerome escaped. Bruce is left alone, and he finds the address that Jerome was holding.

I loved that Cameron Monaghan had more screen time in this episode. He is the insanity that will form Gotham to what it should be. I still don’t know how Jerome can’t be the Joker. The Joker would never copy anything anyone else would do, and he has done some pretty insane things. The Smile looks a bit too Jack Nicholson-like and his sense of humor are always there.

Gotham’s next episode will air on April 6 on FOX.