My dearest Gothamites, it’s that time of the week again that I’m here to give you a preview of the next episode of Gotham. And boy, will it be one fascinating episode!

Now that Penguin (Robin Lord Taylor) heard of what Edward Nygma (Cory Michael Smith) is doing in the Narrows, his anger is at peak level. But, we all forgot about Professor Pyg in the last episode, as we didn’t get any more details of where he is. Our thoughts are that he was laying low to take his revenge on Penguin.

Our thoughts seemed to have been in the right direction! In the new images that FOX released, it appears that Professor Pyg (Michael Cerveris) is right where he wants to be. 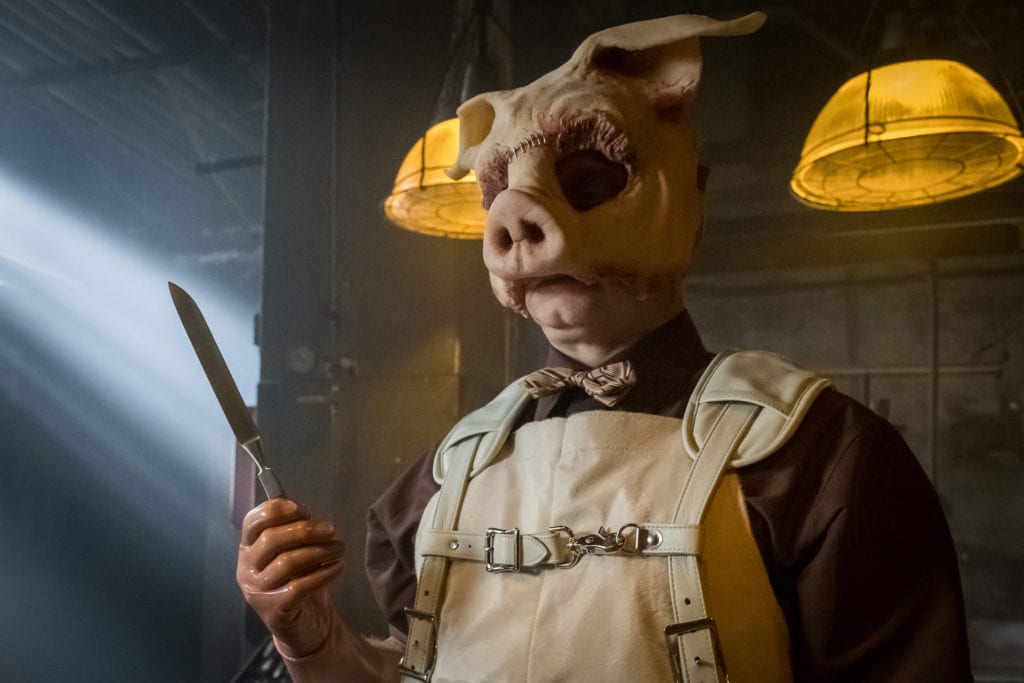 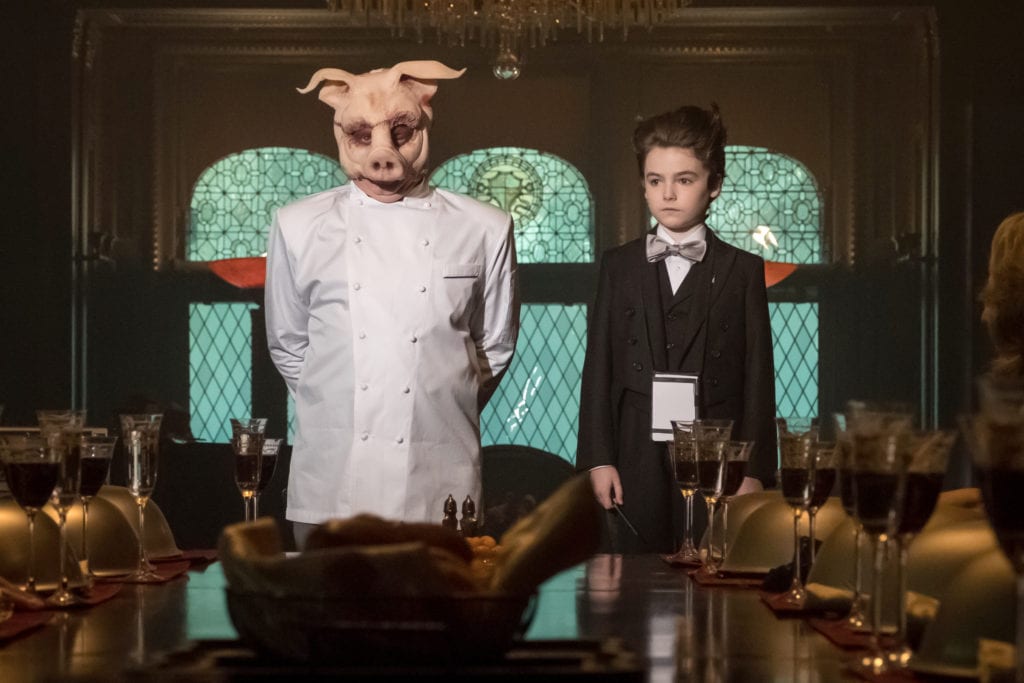 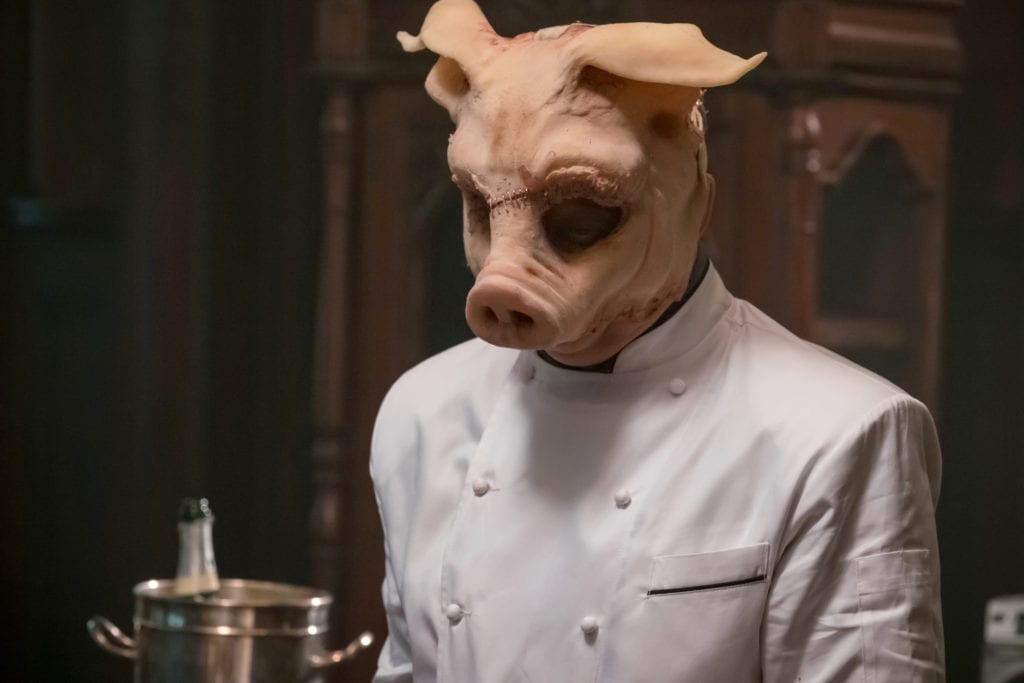 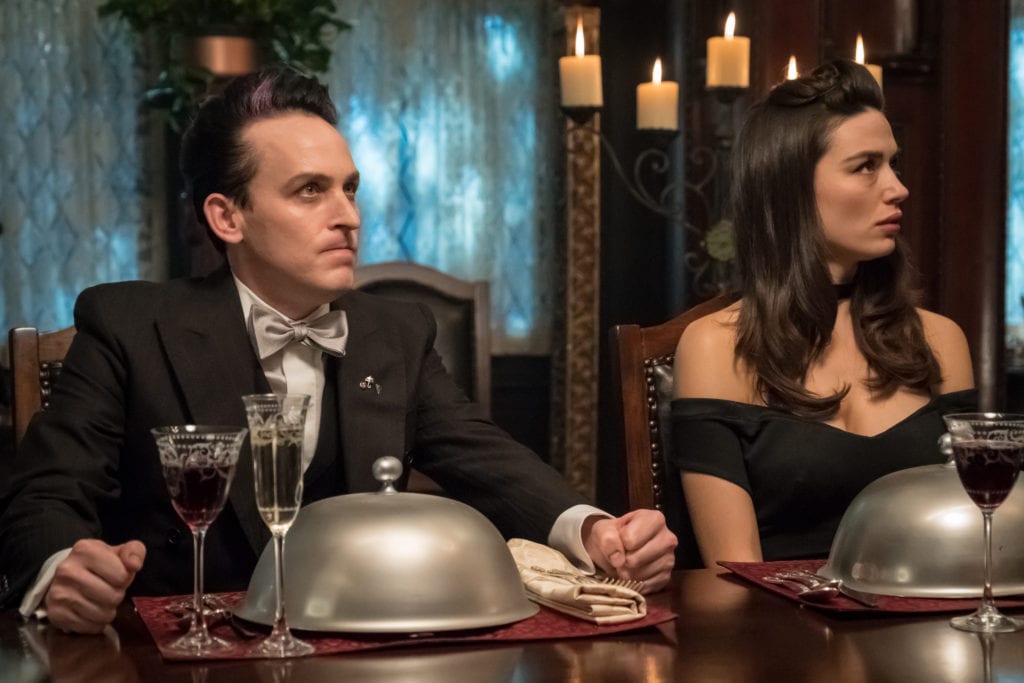 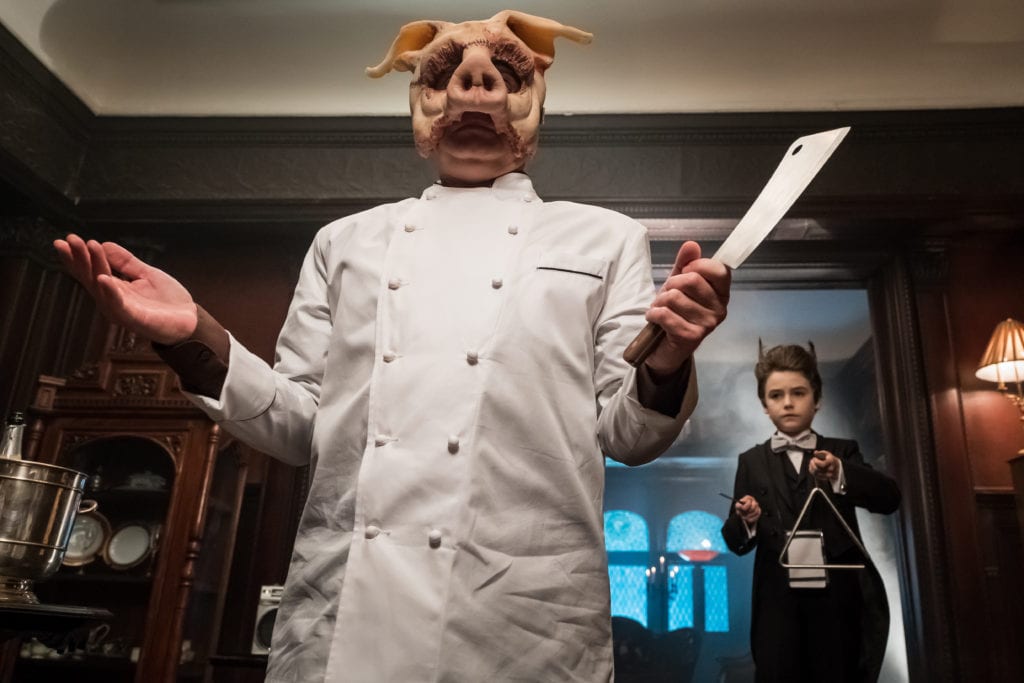 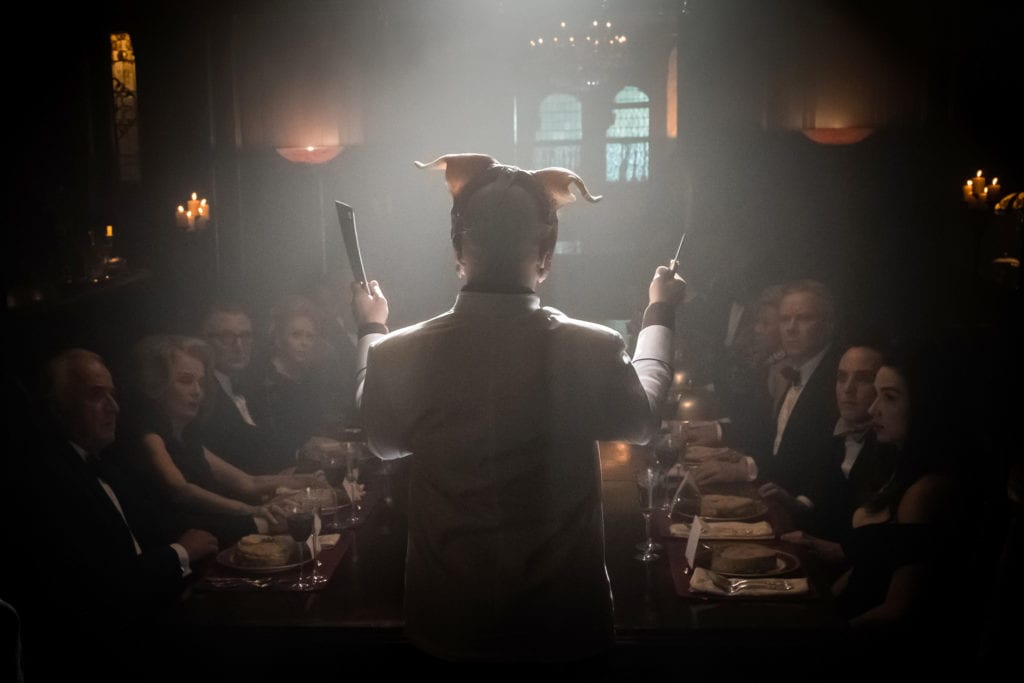 Do you see something shocking? We do! The little Martin that had a training session with Penguin is right beside Professor Pyg. Seeing how Penguin looks mad, he sure feels betrayed.

Other things that we didn’t see in the last episode of Gotham called ‘Stop Hitting Yourself,‘ is how Bruce Wayne (David Mazouz) is dealing with everything. The episode right before that he was one step closer to the Bruce Wayne we all know and love. 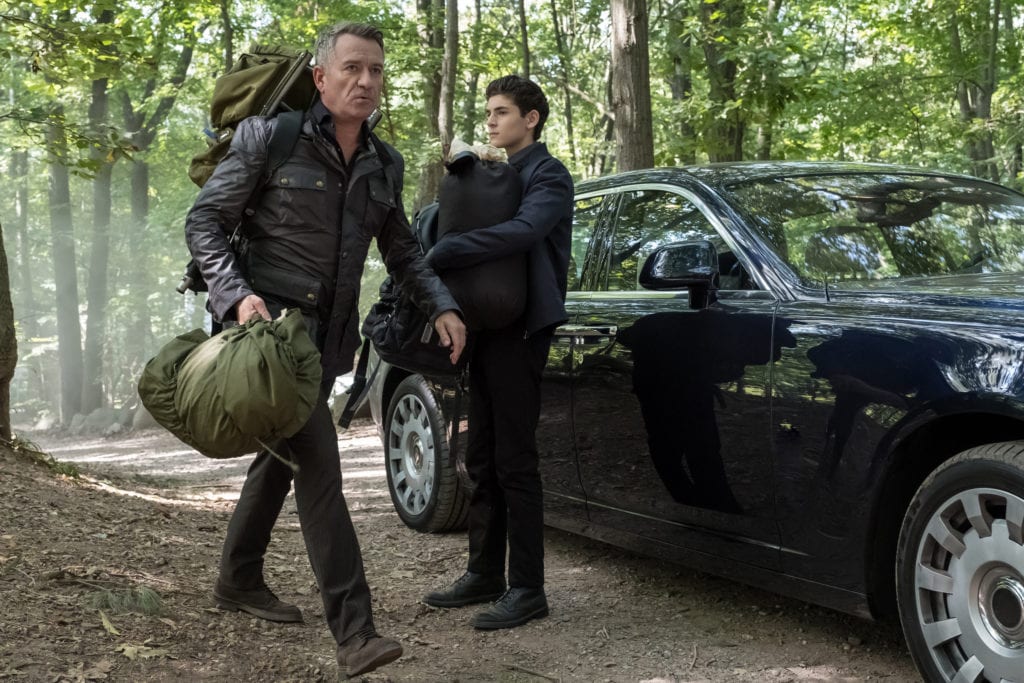 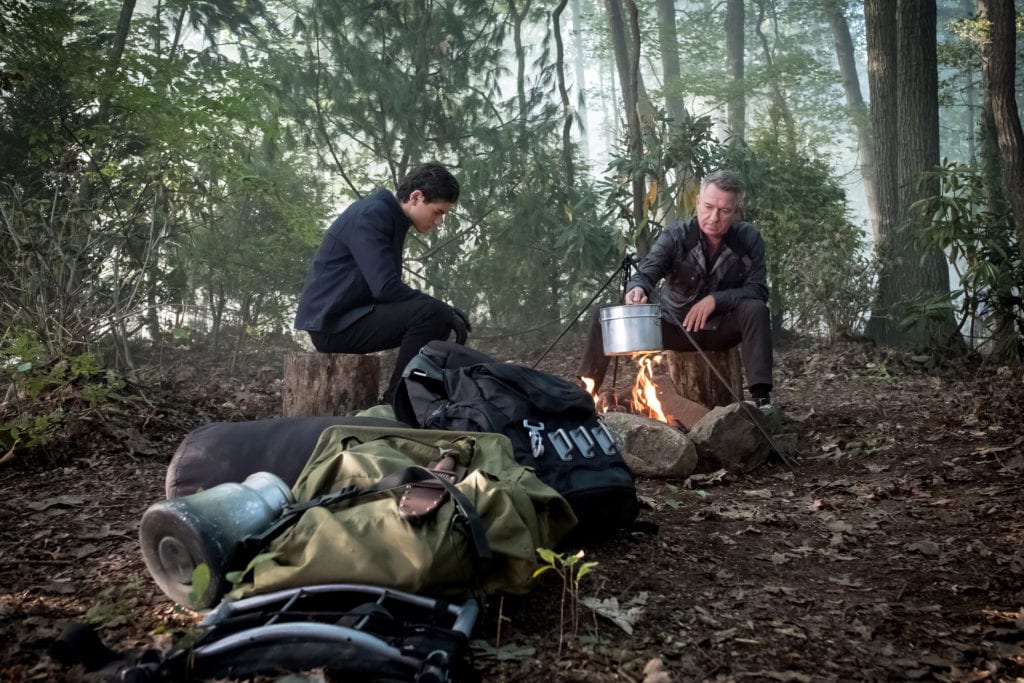 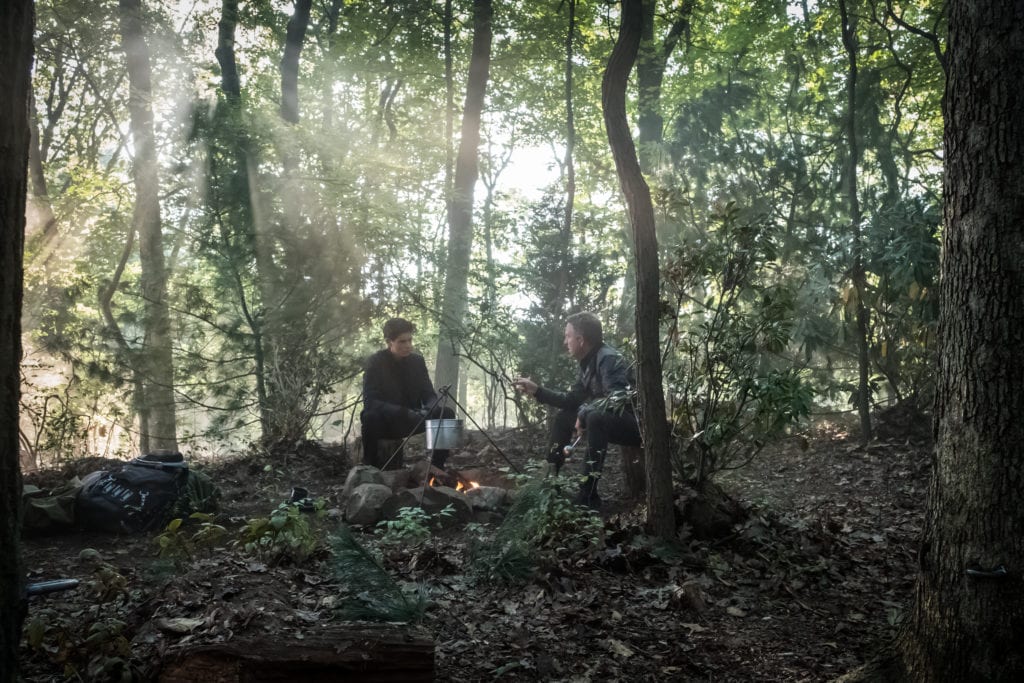 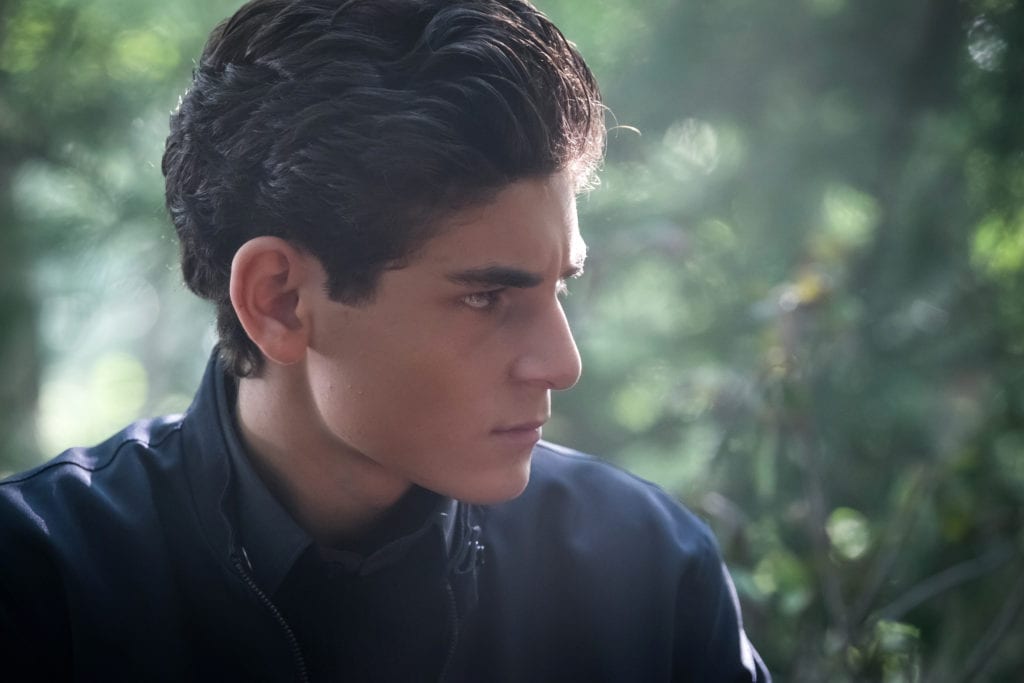 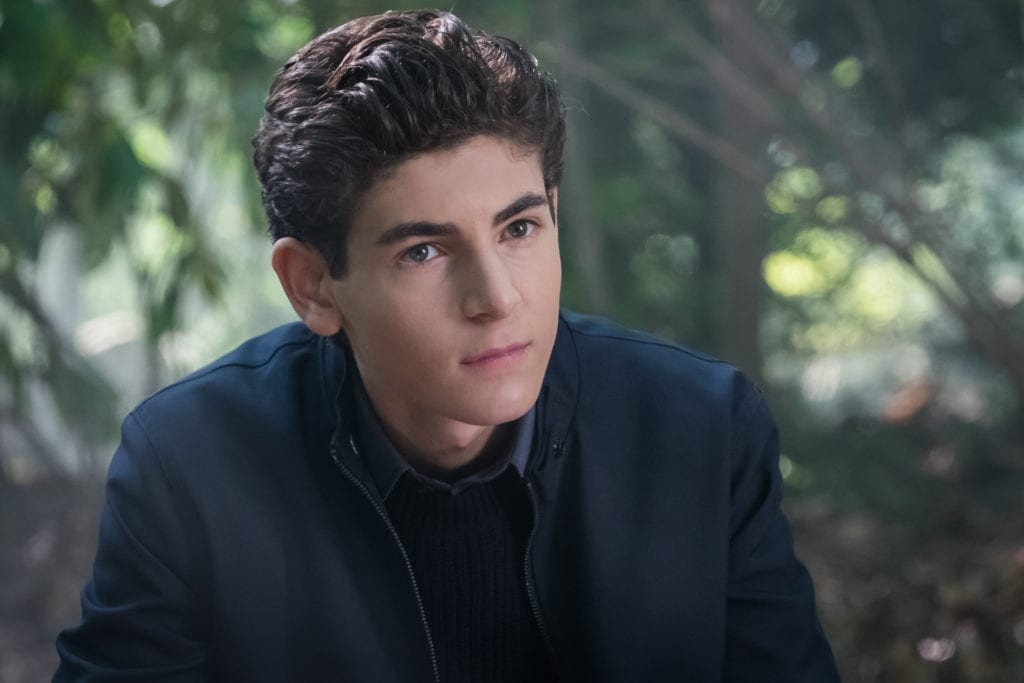 It seems that Alfred (Sean Pertwee) took Bruce out camping. Which could be a good thing, Bruce is still very young, and we don’t want him to jump to being Batman too fast.

What do you think will happen in the next episode? Let us know in the comment below.