It’s been eight seasons but all good things have to end. It was only a matter of time before this programme ended as the tv show has now exceeded its source material and the original books so there’s only so much for the writers to work with.

Concluding in December 2019 with its final eighth season, it’s been a long and exciting run for Arrow. With Stephen Amell finally hanging up his hood and bow and Emily Bett-Rickards hacking no more, it’s up to the other Arrowverse shows to carry Oliver Queen’s legacy and Arrow’s mission forward. Presumably ending with The Crises on Infinite Earth’s Crossover at the end of the shortened Season 8, we’ll have to wait and see if Green Arrow meets his fate with the Monitor. Nevertheless, myself and other fans are still heartbroken by this cancellation, even though it was inevitable.

I’ve got to be honest this cancellation has particularly upset me. The Gifted was only two seasons in when it’s been abruptly ended. This cancellation seems particularly unfair because whilst usually a TV series is ended because the cast wants to move on to other things, viewing figures have dropped, all the stories have been told, it wants to end before it falters, or it’s reached its natural end, none of these apply to why The Gifted is gone. Instead it’s just a matter of politics and ownership, with Disney scrapping all the existing X-men Fox projects in favour of starting afresh on its own streaming channel. The Gifted is caught in these crosshairs and the characters have more to give, the casting was great, the stories gripping and compelling and the fan base huge. It doesn’t deserve this.

It lasted for five seasons but Gotham finally concludes. 2019 isn’t a good year for superhero tv series and it seems none of the comic book franchises are escaping. With its storylines finally coming to a head, it’s time to leave this Batman-verse behind and along with it a wonderful cast and characters loved by fans. We’ll miss you.

Whilst I absolutely loved these Netflix shows, their cancellation seems less shocking if you look at the viewing figures. They didn’t get a wide reach on Netflix and it’s understandable why Marvel wants to claim these back and focus on its own platform. However this means a loss to great cast and an important universe and part of the MCU. This interconnected network of shows and characters doesn’t exist within other marvel shows, it’s sad that unlike the DC Arrowverse it hasn’t managed to survive.

It’s no surprise again that Disney has cancelled yet another Fox show and X-men property in favour of starting again with its own projects. Legion made it to three seasons but unfortunately that was the end of the road. It does mean that we may have new exciting possibilities for the X-men characters going forward but meanwhile we have to lose the portrayals and characters we’ve become used to and that means losing an existing tv spin offs alongside the end of the movies. 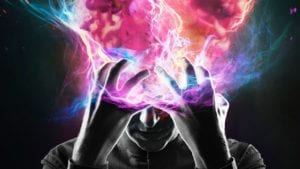 I’ve particularly focussed on the shows that I’m most saddened by but there’s lots of other TV shows cancelled too. The Big Bang Theory, Shadow hunters, Izombie, Killjoys, Preacher, Lucifer and Supernatural are more of the big ones leaving us this year. These are all big hitters shows that have made a huge impact on the sci-fi community and that matter a lot to fans. That they are all ending in the same year only makes it worse and harder to accept but perhaps there is a light at the end of the tunnel. Whilst these are ending, it opens up the opportunity for lots of new shows for us to begin to watch and enjoy, whilst still remembering these tv shows that we know and love for years to come.