We’ve teamed up with Walt Disney Studios to give away a Blu-ray combo pack of Toy Story 4 coming to Digital and Blu-ray/DVD on 10/8. The home release of the film comes complete with bonus features plus deleted scenes and much, much more.

[row]In Toy Story 4, Woody (voice of Tom Hanks) has always been confident about his place in the world, and that his priority is taking care of his kid, whether that’s Andy or Bonnie. So, when Bonnie’s beloved new craft-project-turned-toy Forky (voice of Tony Hale) calls himself “trash,” Woody decides to teach Forky how to embrace being a toy. But a road-trip adventure, including an unexpected reunion with his long-lost friend Bo Peep (voice of Annie Potts), shows Woody how big the world can be for a toy. In addition, carnival prizes Ducky (voice of Keegan-Michael Key) and Bunny (voice of Jordan Peele) bring a new level of fun to the film.[/row]

The film is directed by Josh Cooley and produced by Mark Nielsen and Jonas Rivera. 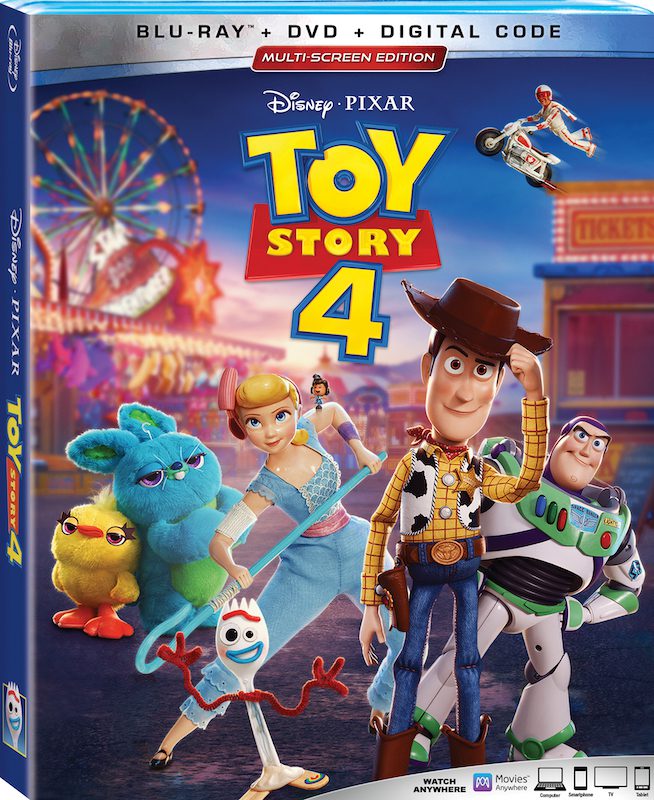