To keep your The Walking Dead appetite satiated until Season 7 starts, we’re doing a TWD giveaway contest with Anchor Bay!

“TWD: The Complete Sixth Season” comes out on Blu-ray + Digital HD and DVD on August 23, and we’ve got two (2) blu-rays to give to lucky readers! 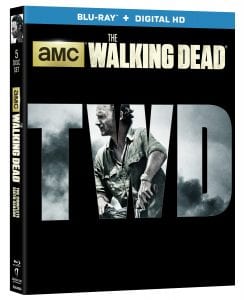 TO ENTER comment below on this page with your favorite moment from Season Six! Two winners (US only) will be randomly selected to receive our prize! Winners will be selected on Friday, August 19th at 12 PM ET.

37 thoughts on “GIVEAWAY CONTEST! Win The Complete Sixth Season of ‘The Walking Dead’”