In an interview on Fox Nation’s ‘Tucker Carlson Today,’ Gina Carano reveals her reaction to Disney firing her over political dispute.

On a recent episode of “Tucker Carlson Today” on Fox Nation, actress and former MMA fighter Gina Carano opened up about her firing from “The Mandalorian”  and provided some insight into her future projects.

The actress received an intense amount of online backlash, but her career was “canceled” overnight after she compared the dangerous division in American politics to Nazi Germany. After she made the comments, her agent, lawyer publicist and employer all dropped her without notice. 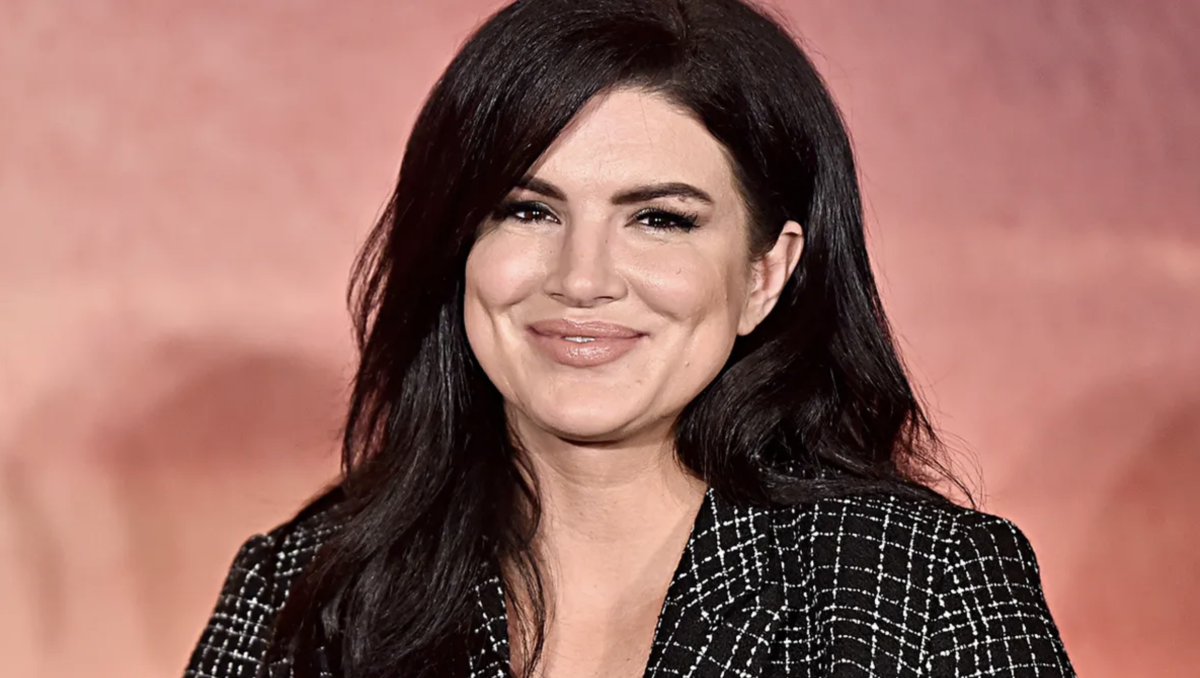 At the premiere of Disney+’s “The Mandalorian” Gina Carano looked beautiful in a simple black dress. Rodin Eckenroth/FilmMagic captured her here.

“I was just trying to keep my head down, not cause any problems — work hard, get the next job, be really excited to be a part of every project, make sure that you do your job to the utmost ability, and keep on inching forward to solidify that career where you can eventually be like, OK, I’m set. I’m ready,” Carano told Tucker Carlson in the episode available on Fox Nation today.

“I finally got to star in ‘The Mandalorian’ and then the world decided that its brain was going to break.”

She said she was never particularly vocal or active in politics prior to the summer of 2020, when new issues emerged for her on Twitter.

She explains, “And I was like, these people are getting completely taken advantage of and not allowed to open up their churches…. those places are closed, but you can go out on the street and spit in a cop’s face, and you know, sweat and anger everywhere.”

“At that point…I just really stopped buying into it,” Carano continued. ” And then I started getting really upset.”

“I was speaking out about lockdowns, ma**vaccinations, and pronouns way before anybody was even saying a word about it. And so I was a little bit ahead,” Carano told Carlson. “I’m sure if I would have done that now, it wouldn’t have been a big deal. But because I was talking about this when nobody else was talking about it, especially nobody else in my industry…”

In an interview with Tucker Carlson on Fox Nation, Gina Carano spills the beans.

In February 2021, Lucasfilm announced that Carano had been removed from her role in the “Star Wars” spinoff crew. She said it was because she didn’t go along with the industry’s narrative that led to her dismissal.

“I became a fan favorite in ‘The Mandalorian,’ but they didn’t even let me do any interviews once I started becoming controversial, and I wasn’t beating to their drum,” she recalled.

A Lucasfilm spokesperson said that Carano’s “social media posts denigrating people based on their cultural and religious identities are abhorrent and unacceptable.”

Carano said that in the days after her initial post, she was met with overwhelming backlash and called names such as “white supremacist,” “bigot,” and “racist.” She describes cancel culture as a growing mentality that led to her feeling victimized.

“They came after me so hard, they tried to make an example out of me” she said.

Carano, a former MMA fighter, knows a thing or two about pain. But the last year has left her feeling broken and shattered.

“I’ve got a broken nose and broken body sometimes, but what I’ve gone through in Hollywood in the last year has broken my heart way worse than any bones,” she said.

In “Terror on the Prairie,” a Western film put out by The Daily Wire, she plays Hattie McAllister. Hattie is a strong pioneer mother who protects her children from criminals while her husband (UFC champion Donald “Cowboy” Cerrone) is gone. The 40-year-old actress also produced the movie.

Carano has described the project as “closure” for her.

Home » News » Gina Carano Speaks Out Against Hollywood: ‘They Came After Me So Hard’