It looks like Gina Carano is once again making rounds online. This time, however, Carano is making headlines for a fiery new photo she shared of herself on social media. Although it’s clearly from the set of her upcoming film, Terror on the Prairie, it instantly calls to mind the type of imagery often associated with the 1970’s film adaptation of Stephen King’s Carrie.

The photo, which reveals the actress in a translucent red dress, shows the silhouetted actress standing in front of a fire. The land around her can be recognized as some type of grassland that’s presumably being used for the aforementioned film Terror on the Prairie.

As you can see for yourselves: 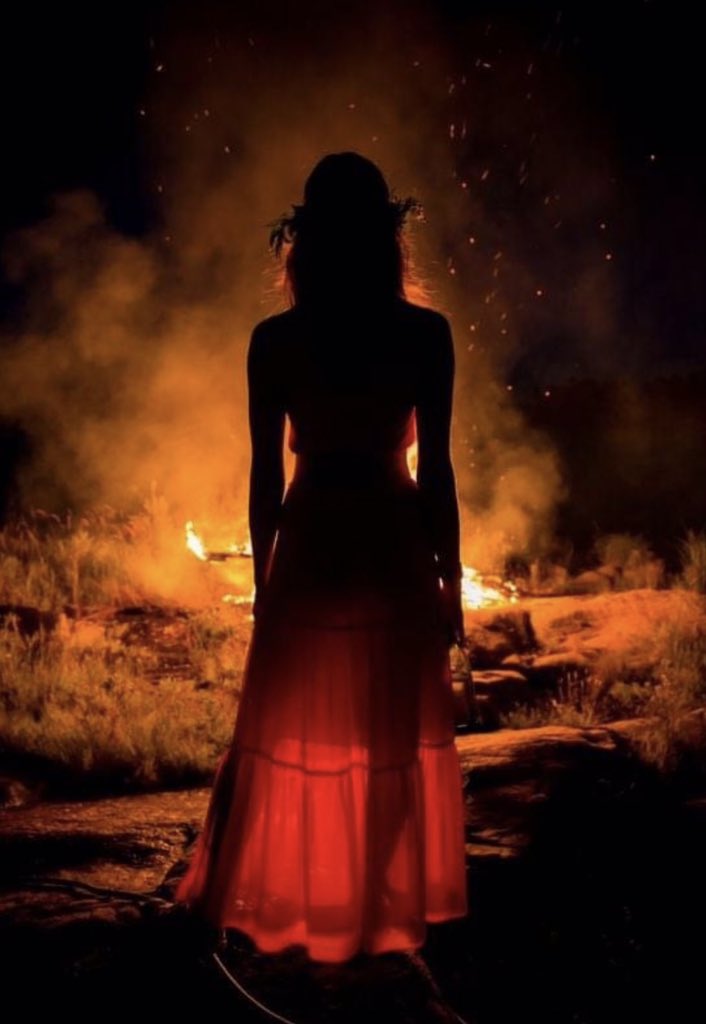 Whereas a good number of her posts are met with controversy, however, this one was not. In fact, many of the responses to the photo of Gina Carano were quite positive. Fans have either shared humorous memes in response to the eye-catching fire, or they’ve complimented her for her beautiful pose. Either way, it looks like Carano is getting the intended reactions this time for her brand new photo. Of course, only time will tell if her upcoming film Terror on the Prairie will be just as well-received.

With that in mind, we’ll just have to keep waiting for production on the film to continue before we see more. As for the plot of Terror on the Prairie, which will see the return of actress Gina Carano on the screen after being fired from The Mandalorian…

Michael Polish is directing the film which was written by Josiah Nelson.

The new film is expected to be released directly on the Daily Wire website sometime in 2022.