I am a huge fan of Charlaine Harris. I have read every book, short story and anthology she has written. When HBO debuted True Blood, I was ecstatic! My favorite book series of all time on the small screen was a dream come true, not only for me but for legions of fellow fans.

Fans of True Blood will really dig the new Midnight, Texas TV series premiering this July on NBC. This show will be based on Ms. Harris’ book Midnight Crossroads and will feature most of the characters from the fictional town of Midnight, Texas. 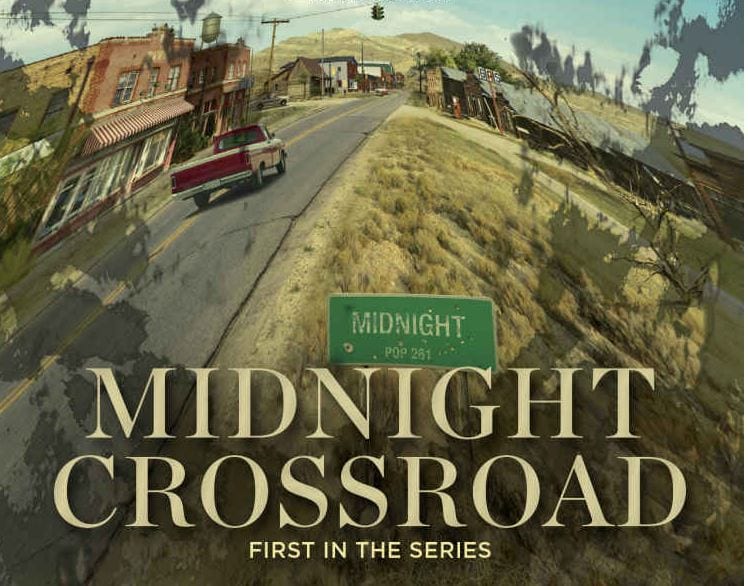 The first novel of the series, Midnight Crossroads, was released May 2014, a year after the final installment of the Southern Vampire series (aka the Sookie Stackhouse/True Blood books). She surprised her readers by writing this book with a mix of characters from some of her other popular book series: psychic Manfred Bernardo from the Harper Connelly books, Sheriff Arthur Smith from the Aurora Teagarden series and Bobo Winthrop from the Lilly Bard stories, as well as some brand new (and very colorful) characters.

The official book teaser says “Welcome to Midnight, Texas, a town with many boarded-up windows and few full-time inhabitants, located at the crossing of Witch Light Road and Davy Road. It’s a pretty standard dried-up western town. There’s a pawnshop (someone lives in the basement and is seen only at night). There’s a diner (people who are just passing through tend not to linger). And there’s new resident Manfred Bernardo, who thinks he’s found the perfect place to work in private (and who has secrets of his own).”  I was drawn in by two things: this is a Charlaine Harris book and it has supernatural creatures. That was enough for me to dive in head first and I could not put it down once I started reading.

So far there are three books centered in the Midnight world- Midnight Crossroads, Day Shift and Night Shift. Each book is very entertaining with mysteries within mysteries and cryptic, complex characters you find yourself wanting to know more about. Pick up a copies for yourself and see just how charming and scary Midnight really is.

The Midnight, Texas series premiere is July 24, 2017 at 10 p.m. EST on NBC. Stay tuned to Fan Fest News for all the news and episode recaps.

Home » Fandom » Get to Know the Midnight, Texas Novels Before the TV Series Premiere