I love a great vampire story. Vampires have been a fascination of mine since childhood, especially in literature. There is nothing better than getting lost in a fantastic vampy tale where I, more often than not, am rooting for the “monster”. I have read everything from the classic Bram Stoker’s Dracula, to the racy Anita Blake series by Laurell K. Hamilton, to the adventures of Queen Betsy by MaryJanice Davidson. There are so many great books with bite, too many to list here.

Being a native southerner (born and raised in Tennessee), I especially love anything set in the South. I fell in love with Charlaine Harris’ Sookie Stackhouse books so I was super excited when the news broke about a new series, Redneck.  Oh, did I mention it’s a comic book and it is distributed by Skybound, Image Comics, the same folks that bring you The Walking Dead?!

Redneck is the creation of Donny Cates, artist Lisandro Estherren and colorist Dee Cunniffe. The comic is centered on The Bowman’s, a very old family from the town of Sulphur Springs who just happen to be vampires. The official description from Image is “the Bowman’s have quietly run the local barbecue joint in their small town for years, living off cow’s blood. Their peaceful coexistence ends as generations of hate, fear, and bad blood bubble to the surface–making it impossible to separate man from monster!” 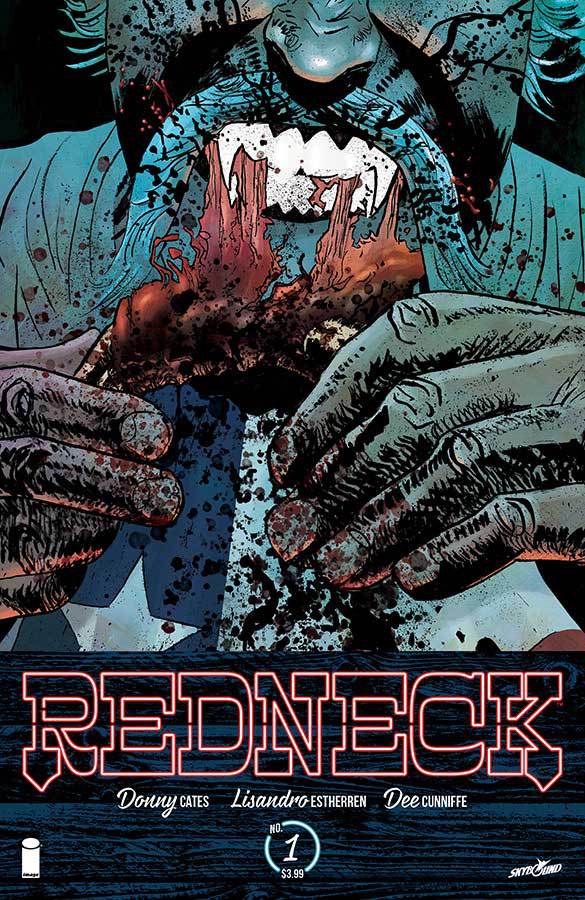 Mr. Cates spoke with Image Comics about the premise of the story. he says “Redneck is truly a dream come true for me as a storyteller, and to be able to tell this story on a stage as nice as Skybound and Image have given us? I don’t think it gets better than that,” said Cates. “Redneck is deeply personal for me, and I think will be for a lot of people out there as well. It’s a story about a family’s quest to turn themselves into more than the monsters they’ve always been. To find a little peace in a world that hates them. It ain’t gonna be easy, and it’s sure as hell gonna be bloody. But it might just be the best time you’ve ever had reading a book about vampires!”

I don’t know about you, but I am very ready to sink my teeth in to another great vampire story. Redneck makes it debut April 19th in a comic shop near you.

Home » Fandom » Get Ready to Take a Bite Out of Redneck