House of the Dragon is another success for HBO, as it not only received the high ratings that Game of Thrones did, but even surpassed them. Additionally, fans are loving the series so far – even if it was admittedly gruesome at first.

Even though George R.R. Martin isn’t the one writing the new prequel series, he still has a say in how it’s being executed–and he’s not happy. During a Q&A with Penguin Random House, Martin explained that the writers for the new show were debating where to start the story. According to TV Insider, one writer wanted things to begin with Aemma Arryn dying during childbirth (which would’ve been pretty gruesome).

Although George R.R. Martin would’ve preferred to start ‘House of the Dragon’ much earlier, he says there were ‘spirited discussions’ about where to begin the novel.

Some other writers in the room wanted the series to start almost exactly at the end of the first season, near King Viserys’ death. However, Martin stated that he would’ve preferred to go back even further in time. 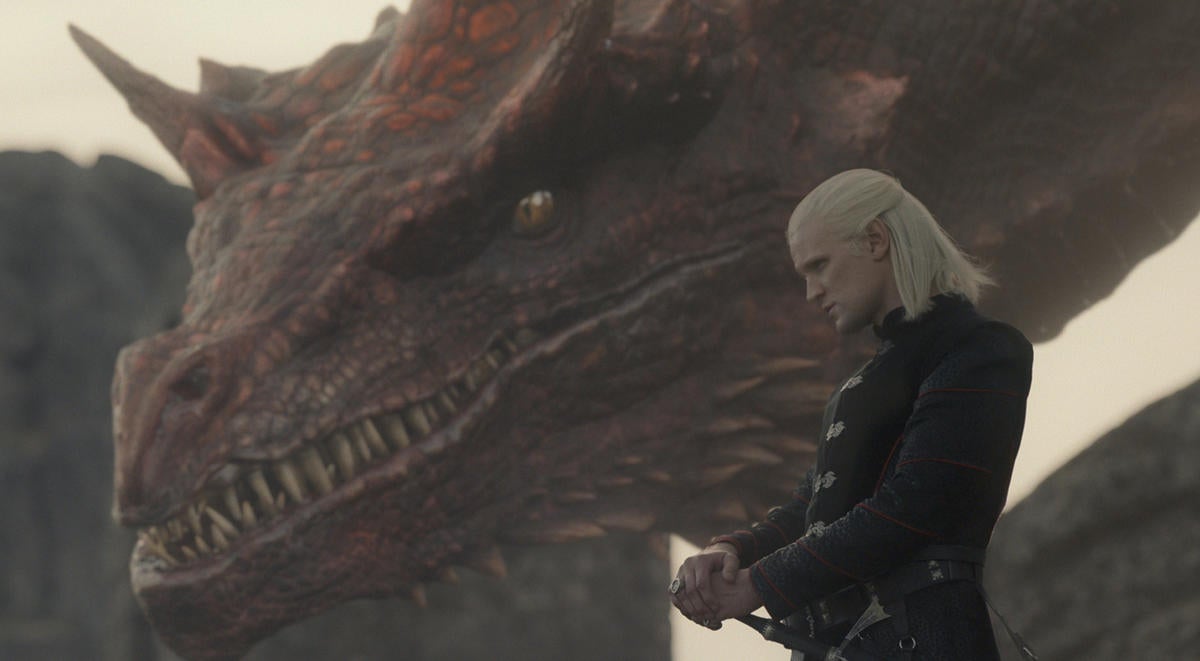 “The other possibility we discussed – which was actually my favorite, but nobody liked it except me – I would have began it much earlier,” said Martin. “I would have began it, like, 40 years earlier, with an episode I would have called ‘The Heir and the Spare,’ in which Jaehaerys’ two sons, Aemon and Baelon, are alive. And we see the friendship, but also the rivalry, between the two sides of the great house.”

Aemon’s death closely mirrors the story in The Dance of Dragons, where there is a competition for the Targaryen throne. “Aemon dies accidentally when a Myrish crossbowman shoots him by accident on Tarth, and then Jaehaerys has to decide who becomes the new heir. Is it the daughter of the older son who’s just died, or is it the second son, who has children of his own and is a man, and she’s just a teenage girl?” he explains.

The book that the series draws its inspiration from, Fire and Blood, tells the story of the Targaryen kings from Aegon’s Conquest to after the Dance of Dragons. Outside of familiar surnames and a common setting, there is no other connection between A Song of Ice and Fire and this book.

At a talk with Neil Gaiman, George R.R. Martin shared his thoughts on creating complex, morally ambiguous characters: “A lot of people don’t want grey characters — they want heroes, they want villains,” he said. “And we see that in real history.”

“There are changes that you have to make – or that you’re called upon to make – that I think are legitimate. And there are other ones that are not legitimate,” Martin said. “I was new to Hollywood…I didn’t say, ‘You’re f-ing morons.'”

Home » News » George R.R. Martin had a Different Idea about Where ‘House of The Dragon’ Should Begin