Hello my fellow gamers! Boy, has it been an exciting couple of days in the gaming world, especially for those who are fans of Friday the 13th: The Game. You just got a ton of new updates!

For starters, we now have a couple new maps! The maps are similar to the pre-existing ones, but they are much smaller. Creators of the game refer to them as ‘40% Smaller and 100% Deadlier’. Essentially if you are Jason, these play heavily in your favor. For starters, campers can’t escape by boat at all. Second, your ‘sense’ ability can pretty much detect where anyone is hiding on the map about 50x faster. There really isn’t anywhere that they can hide. If you’re playing as a counselor, you better be playing as someone with high stealth and quick repair otherwise, let’s face it, Jason will find you!

The newest update to come out, is the ‘Spring Break 1984’ Pack. It costs about $2, and you can choose from several different swimsuits for your character. I’m not normally the kind of person to buy DLC’s, but it is a pretty cool touch to the game. I was absolutely down for paying the $2 to contribute to future updates to this game.

That’s right folks, we will be getting a new Jason very soon! You can now currently play as Jason from Part 2, 3, 6, 7, 8 and 9. Shortly (hopefully in time for Halloween) you will be able to add the Part 4 Jason to your list, in addition to a new location… The Jarvis house! For those of you who are longtime fans of the franchise, you know that Tommy Jarvis is the only male character to escape and defeat Jason on multiple occasions, pretty much making him Jason’s sworn enemy.

While these updates are pretty awesome, they are just the first of many that will be appearing. We have also heard rumors of a ‘virtual cabin’ updates as well as a 1-Player mode, in which you won’t have to try and connect with existing parties online (which can occasionally glitch out). Below is a road map of updates that we will be seeing in the future. 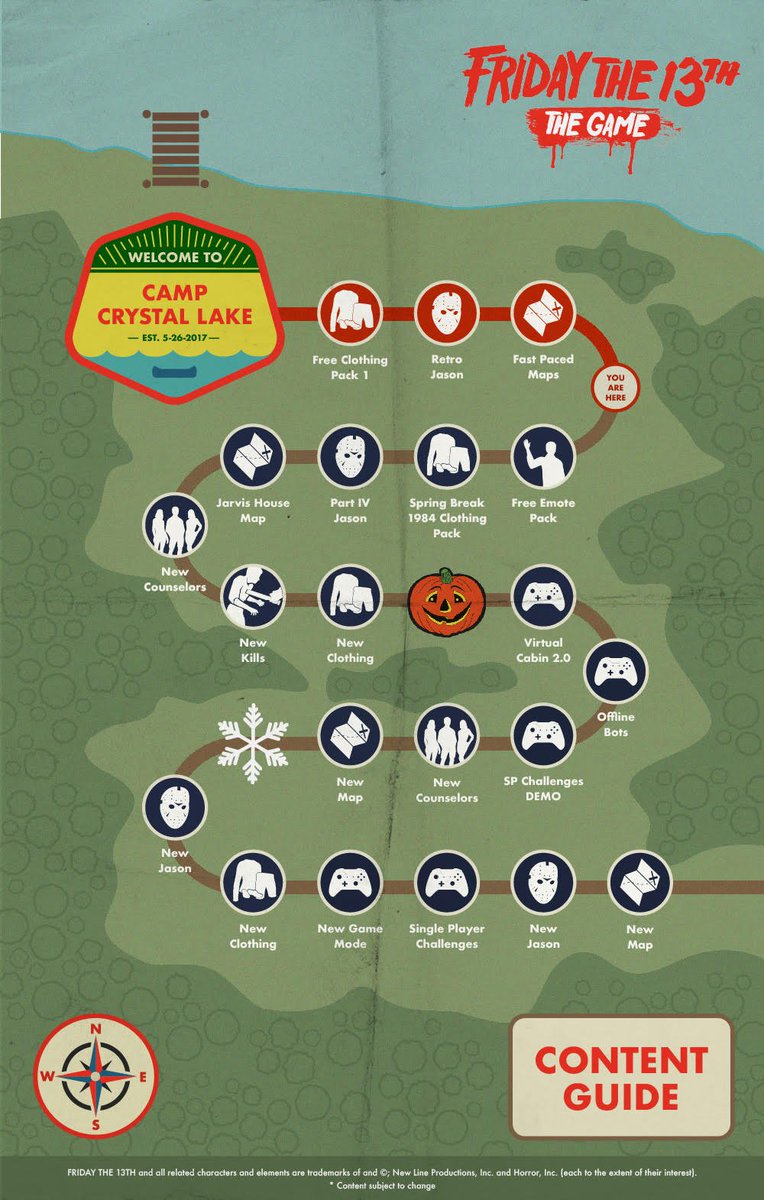 The game, which has sold over 1 million copies, will be releasing a physical disk copy on Friday, October 13th. The game is currently available for download on Xbox One, PS4 and PC.