*400 people are literally burned to ashes by Drogon* Me: "yeah but is Drogon okay? I hope he's not tired." #GameofThrones 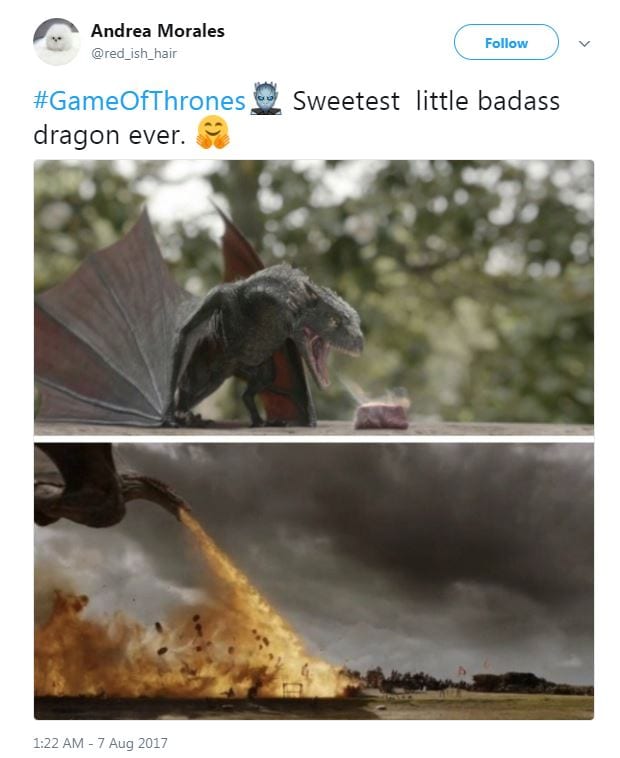 Robert Baratheon: Only a fool would meet the Dothraki in an open field
Jaime: Hold my beer#GameofThrones 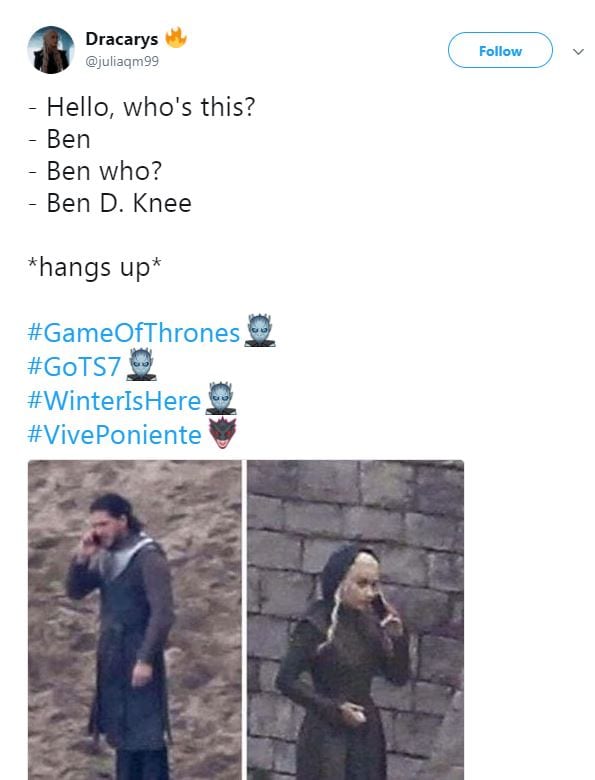 #GameOfThrones Jamie is the most likable attempted child killer, incest loving character ever. Not a lot of competition though.

#GameOfThrones is the show that has you legitimately worried for the safety of a man who once attempted to murder a child.

*sees countless people being burned alive*
me: haha yas
*horse's leg gets cut off*
me: WHAT KIND OF MESSED UP SHOW IS THIS #GameOfThrones 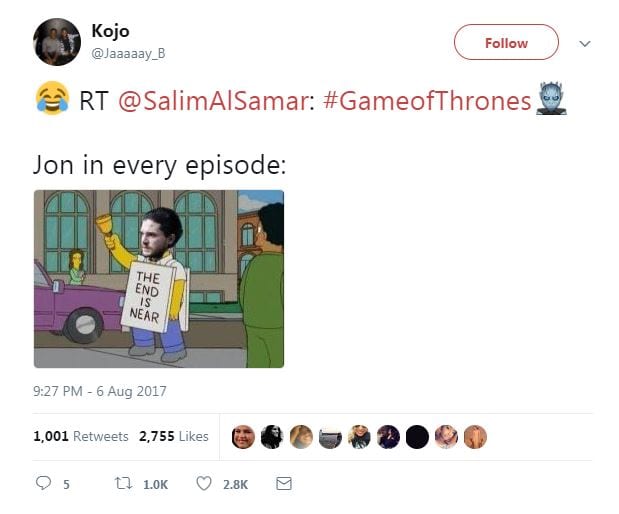 Is it incest if you don't know ur related? Asking for a friend… who knows nothing. #gameofthrones

The struggle of not wanting Jamie & Bronn to die and also not wanting Dany & dragon to die. That is great character writing. #GameOfThrones

when you just paid your debts but a dragon shows up #GameOfThrones pic.twitter.com/yavCIfKYpS

I've never turned on a character I loved as fast as I did with Bronn when he shot Drogon. Fuck you, man.#GameOfThrones #ThronesYall

Home » Fandom » ‘Game of Thrones’: Some of the Best Tweets and Memes from ‘The Spoils of War’