The 2nd best part of #GameOfThrones is reading episode tweets once it's over pic.twitter.com/Q8n1Rcb2ed

Sam is like "I've watched 13 seasons of Greys Anatomy" #GameOfThrones

#GameofThrones
Euron: Come save your sister.

when you're the one left in charge of making plans in the group text #GameOfThrones pic.twitter.com/S0IRh5FCdu

On a scale from Theon Greyjoy to Jon Snow, how protective are you of your siblings? #GameOfThrones 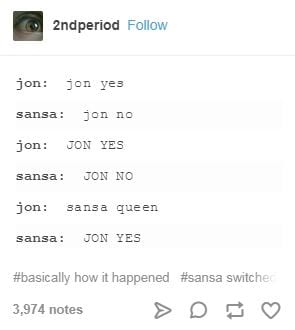 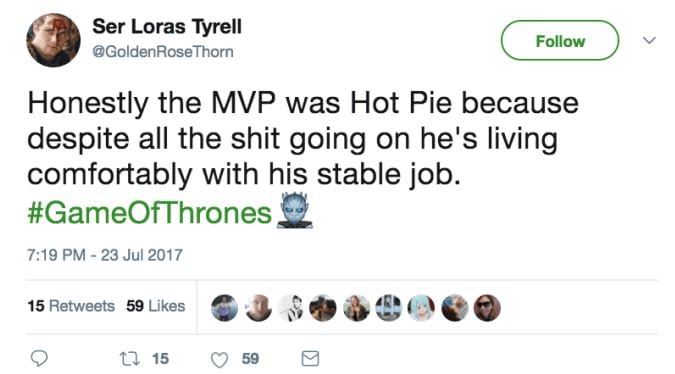 Home » Fandom » ‘Game of Thrones’: Some of the Best Tweets and Memes from ‘Stormborn’