Here. We. Go. Geeklings, we are on the eve of the Game of Thrones finale and I am running the gambit of emotions. I’m in denial that the season is already over. I’m uber excited that the season finale is here. I’m nervous that someone (or someones) important will die. I’ve already had my Tormund scare and I can’t take much more. I’m paranoid, edgy, giddy, pumped, searching for what t-shirt to wear, nervous,  and most of all clueless. That’s right, after an entire season of writing previews and reviews I really have no idea what’s going to happen tomorrow night, and I love it. This season has been building and building and building and it finally appears that things are going to come to a head. I’m talking years worth of story telling all meeting at Kings Landing and I find myself kind of in awe of the moment.

The Great War, the Long Night, the White Walkers, the Night King and his ice dragon are coming. Calculating Gendry’s speed and the glacial pace that the army of the undead moves, one has to believe that they are more or less outside the door of Eastwatch now. Which again makes me concerned for the well being of Tormund because I fully suspect that this finale is going to bring down the collapse of the Wall. Or at the very least a section of it. I said awhile back that from a story perspective you don’t introduce a structure like the Wall if you’re not going to tear it down, and what better way to end this season than watching the Night King, either through the use of the Horn of Winter or his newly acquired ice dragon, tear down the Wall ushering the Long Night with it. That’s my prediction to how this season will end but there’s a lot of story that needs to be told before that happens. Mainly the attempt at the ultimate Westeros alliance.

As far as Game of Thrones goes, Cersei has been relatively calm this year. Yes, she maybe poisoned kissed the remaining Sand Snake and is probably lying to Jamie about being preggers, but for Cersei, that’s a really quiet year. No one exploded to death in a burst of wild fire and no one has been handed over to the Mountain for the world’s worst death (#shame). Which is why I believe tomorrow night the bag of cats that is Cersei will spill over making this meeting of peace on par with the Red Wedding. I don’t mean that in the aspect that everyone is going to die but there’s no way that Jon and Daenerys show up, plead their case about the White Walkers, the ghost of Ned Stark says “one does not simply die beyond the Wall”, they all shake hands and wage war against the undead. That’s not going to happen. It can’t. There is absolutely, positively, no way that Cersei doesn’t have something up her blacked armored sleeve. 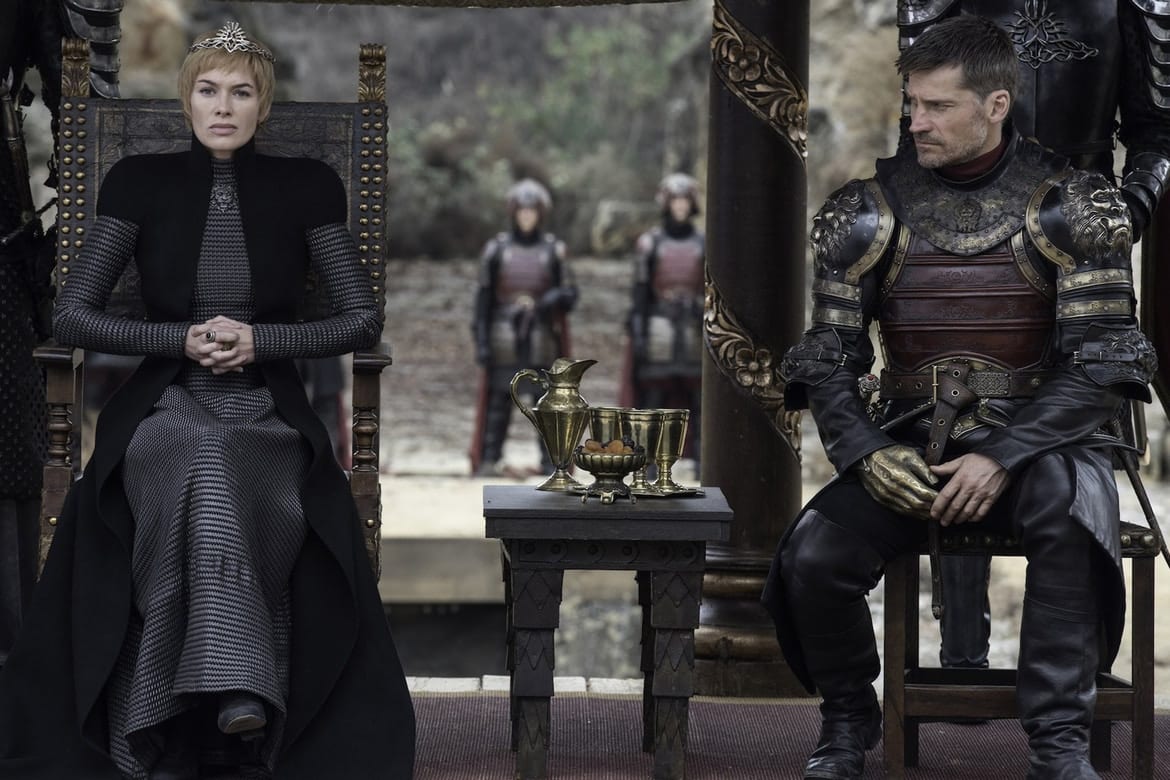 Remember the episode where she told Jamie that she was holding his fourth child? There was a secret meeting between Cersei and Qyburn that had Jamie raise an eyebrow and even question why the Hand of the Queen was in her chambers. That’s been a sticking point for me leading into this finale as Cersei talked about a truce shortly there after like it was completely in her character. I think the two have something planned to undermine this peaceful meeting and I have a feeling that it’s going result in the loss of at least two major characters. As far as what that plan is? I’ve got theories. Wild fire seems completely possible but I’m pretty sure Cersei used all those reserves last year when she decided to blow up everyone. My other theory is the Golden Company, a group of mercenaries, that Cersei has already mentioned Qyburn being in contact with. Could Cersei be pulling a Walder Frey in hosting all of her enemies and promising safety only to surround them and then get all stabby stabby? I’m starting to think so.

While Tyrion has mentioned that his sister needs some convincing on the undead, I think we really need to ask ourselves if that’s entirely true. Cersei currently has a very undead, zombie, purple Mountain in her service. Yes, the Mountain walks because of Qyburn’s voodoo but his existence must allow Cersei to know that zombies exist. Perhaps Cersei is looking to sucker her enemies in by claiming to be ignorant. If this turns out to be the case then this becomes another situation where Tyrion has misread the situation, and this is something he can not afford. Daenerys is already rather impatient with his council and one more piece of bad advice, especially one that could ruin just about everything, could lead to the severing of ties.

What of Daenerys though. Last week was an extremely tough episode for her. She ignored the advice of Tyrion and lost one of her dragon babies. On the other hand, her super crush King of the North Jon Snow has finally bent the knee and her heart is all a flutter. The alliance between these two is now official and one has to wonder how it’s going to be perceived. Jon states that the North will come to love her once they see what kind of person she is but Northerners aren’t a patient bunch and when they hear that Jon has bent the knee they could revolt pretty quickly. The North has already displayed a shifting in tides towards Sansa and an alliance with a Targaryen could be the boiling point.

But will Sansa be there to take the mantle? Tensions are high with sister Arya, the biggest badass in all of Westeros and this seasons kill count leader, and it seems that there have been some veiled threats of possible deaths or face stealing. You know, the usual sister quarrel talk. Throughout all this Littlefinger has smirked in the shadows as it seems that the two Stark daughters are dancing on the puppet strings he’s provided…yet, I’m still holding out hope that he’s the one being played here. It just makes more sense for Arya and Sansa to be working together to rid themselves of Littlefinger. I just don’t know though. I almost feel that the character deserves more. He’s been such a thorn in our sides, working in the shadows for seven seasons, that it seems that there should be a bigger payoff when it comes to Littlefinger the man with many accents. 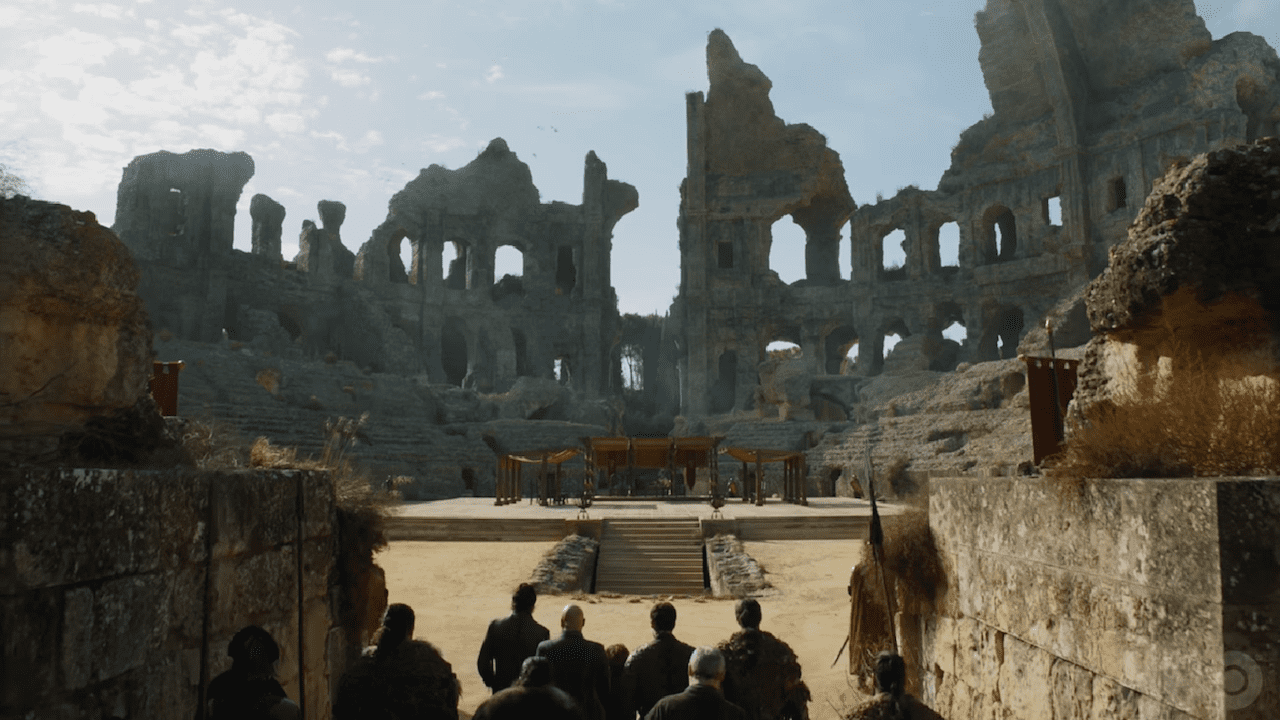 Ugh, there’s still so much to talk about. What’s Bran been up to? Is he keeping an eye on the White Walkers and hoping through time? Is he the Night King (I don’t think so but that theory is out there and it has legs)? What about Jon? He’s bent the knee to his aunt but will the rest of the world (including Jon and Daenerys) find out that he’s a Targaryen?! It seems that the season would be coming up short if that reveal wasn’t made known. I mean, just look at the episode title. Is it about Jon and Dany or is it about Jon’s parents? Debate welcomed.

Oh crap, what if the Night King uses his ice dragon and swoops down on this meeting in Kings Landing and makes a statement that way? “Hi guys, I’m real and a badass. Check out my ice dragon. Oh, and I’ll take this” as he swoops up Cersei and flies away with her as the two of them wage war over Westeros together.

There you have it Geeklings, the last episode of Game of Thrones season seven is upon us and it seems that no one is safe. I’m going to turn the floor over to you now. What do you think is going to happen here? What does Cersei have planned? Do you think it’s the Golden Company or something worse? Will Westeros find out that Jon is a Targaryen? What’s going to happen with the whole Sansa/Arya/Littlefinger thing? Does the ice dragon blow fire or ice? I think a blue ice fire combo. Sound off in the comments below. As always if you want to talk more Thrones with me you can find me on Twitter @iamgeek32. I’ll be back early Monday morning with an episode review and break down all the craziness from the finale. Hold on tight everyone, I think it’s going to get nuts.

Home » Featured » Game of Thrones Preview- The Dragon and the Wolf