I don’t know about all of you, but I’m still mourning the death of the ever so sweet, loving and gentle Hodor from HBO’s hit series Game of Thrones. Apparently I’m not the only one who does! So do many other fans, one of whom is a famous pastry chef! ‘Hodor’ actor Kristian Nairn received a “hold the door” themed cake from pastry chef Rachel Weuman, attached with an incredibly sweet note for the Game of Thrones star. 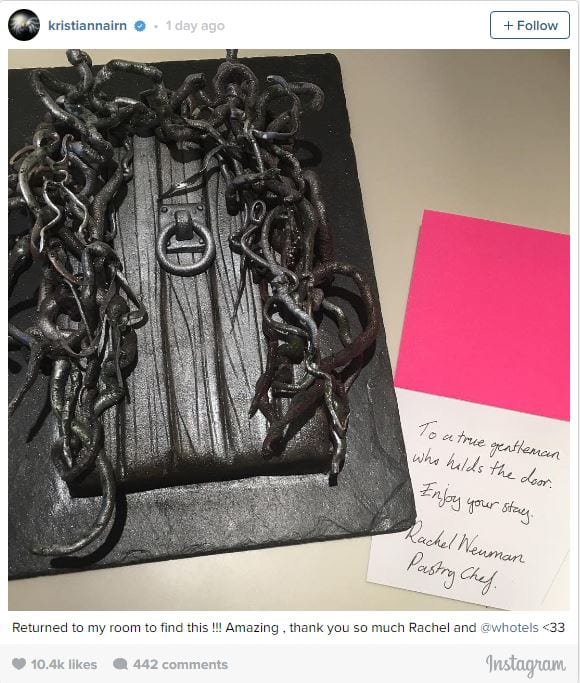 Instead of diving into this beautifully designed cake on his own, Kristian elected to share his cake with co-star Isaac Hempstead-Wright. Which is ironic, considering he’s totally to blame for Hodor’s death. (And I haven’t forgotten about Summer either!!)

Even after all he’s done to poor hodor. I’m still sharing my cake with @Isaac_H_Wright#love#gameofthronespic.twitter.com/xJXHu7RVGj

Issac Hempstead-Wright also sent out a tweet on Twitter, also showing fans that even though Hodor may be gone, these two fellas are friends for life.

Even though Hodor may be gone, @KristianNairn isn’t getting away from me that easy… #HoldTheDoor #GameofThrones pic.twitter.com/9YSLN7z6KN

Home » Fandom » ‘Game of Thrones’: Kristian Nairn receives a ‘Hold the Door’ Cake from a fan