HBO’s Game of Thrones either went out with a bang or a thud, depending on how you viewed the series finale episode. Fans are at odds when it comes to their opinions of the show and, for some time, even petitioned HBO to reshoot and rewrite the finale episode or even the finale season. Despite being at odds, all fans can agree that they desire more Game of Thrones on their screen. HBO responded with the spinoff show, House of the Dragon, which is slowly headed for production.

Now, we have our newest three major cast announcements and one is a huge star… Doctor Who’s Matt Smith.

EW announced that the newest House of the Dragon cast members are Olivia Cooke, Emma D’Arcy, and Matt Smith. From EW:

Olivia Cooke (Ready Player One, Bates Motel) will play Alicent Hightower. The character is described as “the daughter of Otto Hightower, the Hand of the King, and the most comely woman in the Seven Kingdoms. She was raised in the Red Keep, close to the king and his innermost circle; she possesses both a courtly grace and a keen political acumen.”

Matt Smith (The Crown, Doctor Who) as Prince Daemon Targaryen. The character is described as the “younger brother to King Viserys and heir to the throne. A peerless warrior and a dragonrider, Daemon possesses the true blood of the dragon. But it is said that whenever a Targaryen is born, the gods toss a coin in the air…” Smith has been in talks for the role for a couple of months and the production’s interest in the actor was first reported as a rumor by Winter is Coming.

Emma D’Arcy (Truth Seekers) as Princess Rhaenyra Targaryen. The character is described as “the king’s first-born child, she is of pure Valyrian blood, and she is a dragonrider. Many would say that Rhaenyra was born with everything… but she was not born a man.” Rhaenyra is considered a major rock star role within the show.

This past wee, HBO also shared a first look at some images for the new series. 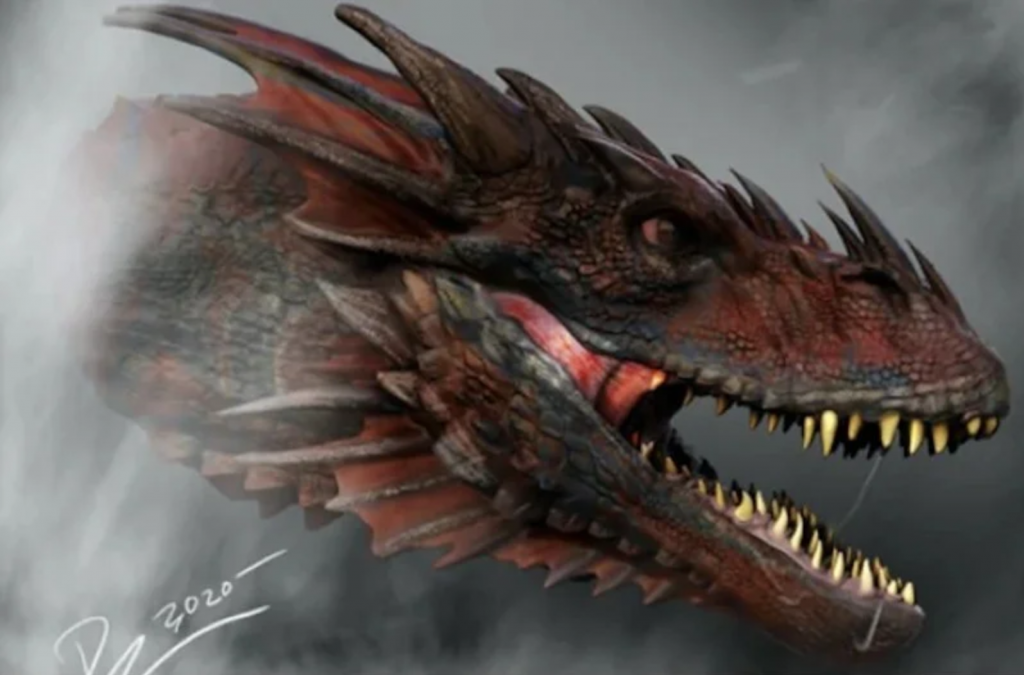 George R. R. Martin’s House of the Dragon will focus on the history of the Targaryens, which are the dragon flying and loving house of Game of Thrones. The above visual art shares some of the first images of the dragons that we will encounter on the series.

Based on George R.R. Martin’s book Fire & Blood, the series will tell the story of House Targaryen (a.k.a. the House that gave us the Mother of Dragons herself, Daenerys Targaryen) and take place 300 years before the events of Game of Thrones.

Paddy Considine (HBO’s The Third Day and The Outsider) will be playing King Viserys Targaryen. Viserys was chosen by the lords of Westeros to succeed the Old King, Jaehaerys Targaryen, at the Great Council at Harrenhal. A warm, kind, and decent man, Viserys only wishes to carry forward his grandfather’s legacy, but as we’ve learned from Game of Thrones, good men do not necessarily make for great kings.

Are you excited about the new spinoff? Let us know in the comments below!