Game of Thrones Season 8 DVD and Blu-Ray are headed to shelves and the commentary contained within the footage reveals what happened to Daenerys’ body once she flew away with Drogon.

We aren’t sure this was one of them, but he showrunners behind Game of Thrones have revealed what happened to Daenerys’ body when Drogon flew off with her. In the commentary, Emily Clarke had heard that dragons eat their masters in the world of Game of Thrones. Showrunners David Benioff and D.B. Weiss put Clarke’s fears to rest, with Benioff telling her that, in no uncertain terms, “Drogon’s not going to eat you. He’s not a cat. Did you see how gently he was nudging you?” 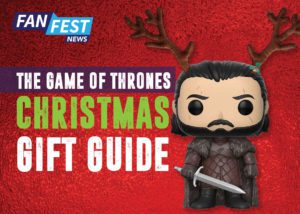 The blu-ray and dvd are set to be released on December 3 and is available on Amazon.com.

Home » Uncategorized » Game of Thrones: Did Drogon Eat Daenerys After They Flew Away?