Wonder Woman is easily one of the most successful and impactful films in recent history. It’s not just a film that captivates audiences, it’s a film that tells a story that makes audiences want to be strong in their own right, too.

To my fans. Thank you all, I love you all so much 🙏🏻😘💋 תודה,
धन्यवाद, Merci, Danke, 谢谢, Gracias, ありがと, Obrigado ❤️#wonderwoman #thankful pic.twitter.com/V2ysd4f6vF

‘I just wanted to take a moment and thank you for making this the most amazing and craziest weekend I’ve had in my life. You made this movie what it is. Your love and support for this character and myself are not to be taken for granted. Wonder Woman is the number-one movie in the whole world. This is all you. So a big thank you. I’m sending you guys all the good energy and love back.‘

She also says that she doesn’t take a moment of this for granted and she’s completely genuine in saying so. It’s clear that the role means as much to her as it does to the fans. There couldn’t have been a better actress cast as Diana Prince. In addition to Gal, the other women in the film were also incredibly strong, and that too runs deeper than just their roles in the film.

The Amazon Warriors weren’t just hired to play roles, they are women who are incredibly strong in their own lives. From athletes – even Olympians – to farmers and trainers to wrestlers, there was no shortage of women power in the film. 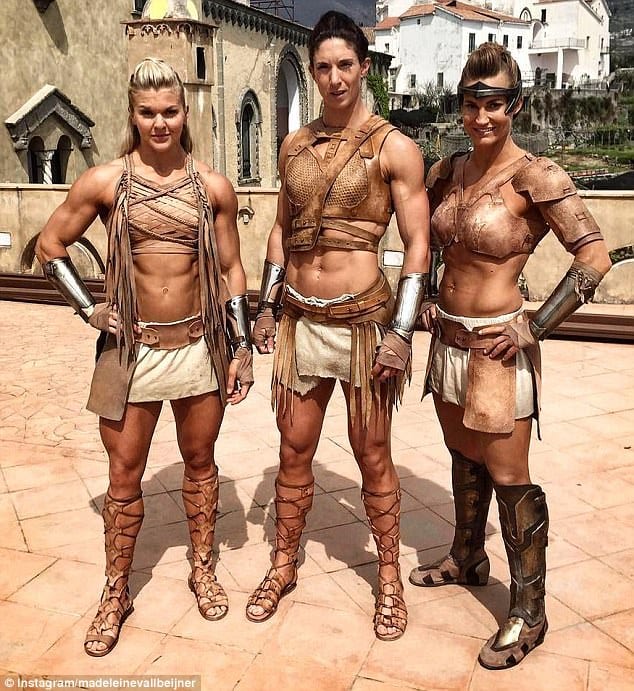 While there was some serious training done for the film, some of the women even had to be told to ‘act like some scenes hurt’ and to display more weakness – these women were that powerful. There’s no question as to why this film has resonated so well with audiences, and it’s core message is one we could all use a little more of.

So to Gal, the Amazon Warriors, Chris Pine, Patty Jenkins, and everyone else who had a hand in this film – thank you! We’re massive fans.