Gal Gadot is at the height of her career, but before she gets back to work, she’s soaking it all in while relaxing poolside with the family.

The 37-year-old actress posted a series of photos of herself sitting at the edge of a pool while basking in the sun. She donned a bronze bikini while holding a mug with something to sip on because hydration is key during the summer days.

The actress captioned the post with a simple sun emoji.

If you look closely at the second photo, you can see a little hand touching Gadot’s leg from the water, which likely belongs to one of her three children.

Although the Wonder Woman actress didn’t state where the photos were taken, they may have been from her at-home oasis.

As of writing, the post has amassed almost 1.5 million likes, with plenty of people sharing support and love in the comments.

In early August, Gadot went on vacation with her family to Portugal and shared some of their adventures on social media. 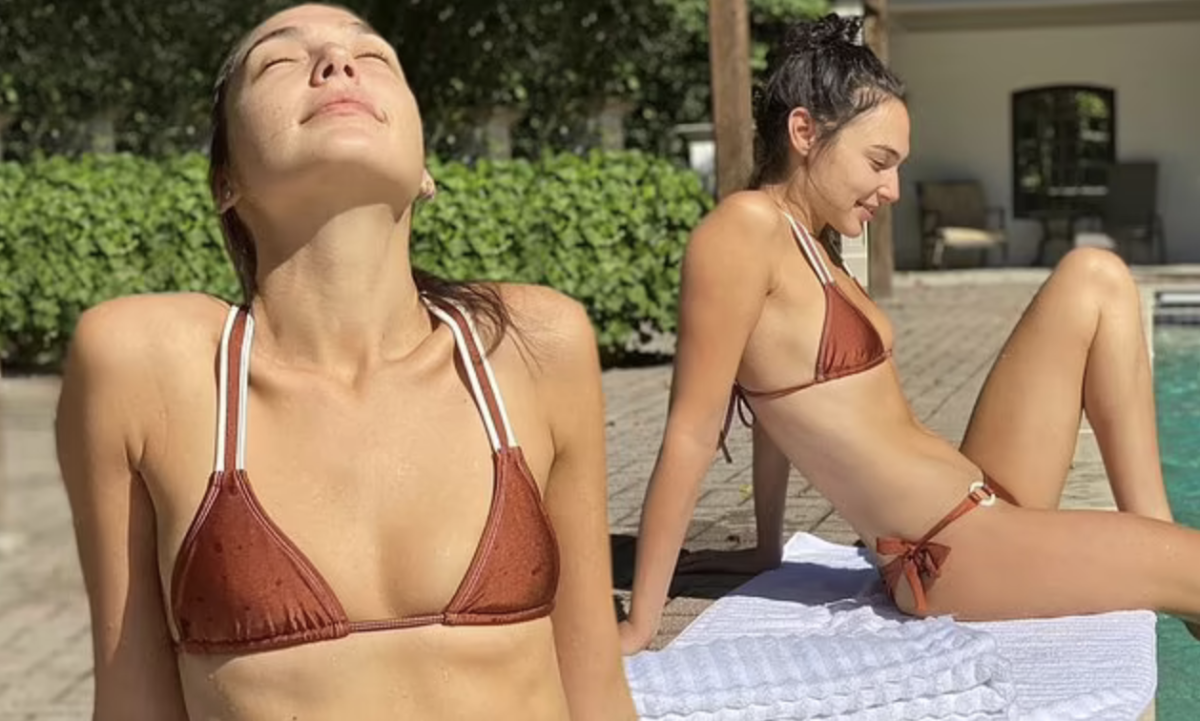 At the time, she was finishing up filming the movie Heart of Stone, a spy thriller that also stars Jamie Dornan, Alia Bhatt, Sophie Okonedo, Matthias Schweighöfer and more.

Gadot posted a celebratory picture on Instagram at the end of production, saying, “And that’s a picture wrap!! I can’t believe we are done. this idea came to me about 4 1/2 years ago with only a name, Stone. And today we are finishing an almost 5 months journey in 5 countries!”

The actress continued, “I am so proud and must first of all thank all of of the hundreds of crew members who’ve worked tirelessly on this film, the crews in the UK, Italy, Iceland, Morocco, and Portugal! This is going to be huge!”

As of right now, plot details about Heart of Stone have not been released.