GabBox announced yesterday that it will host a special event in Atlanta on October 29th in which it will air a screening of the pilot of The Walking Dead. The episode that started it all!

That is just the icing on the cake though, because directly after the episode, you can sit in on a live GabBox panel with two of the shows’ biggest stars, Andrew Lincoln and Lennie James!

The two may answer all the burning questions you want to know about season 7, and by then we will even know who suffers the wrath of Negan! You don’t want to miss this rare event.

This is the perfect way for a Walking Dead fan to spend their Saturday night. Couldn’t get better than that!

The event will begin at 6 PM ET at the Georgia World Congress Center: Thomas Murphy Ballroom. It is open to the public with the show of a free admission ticket. Your free tickets can be reserved here. 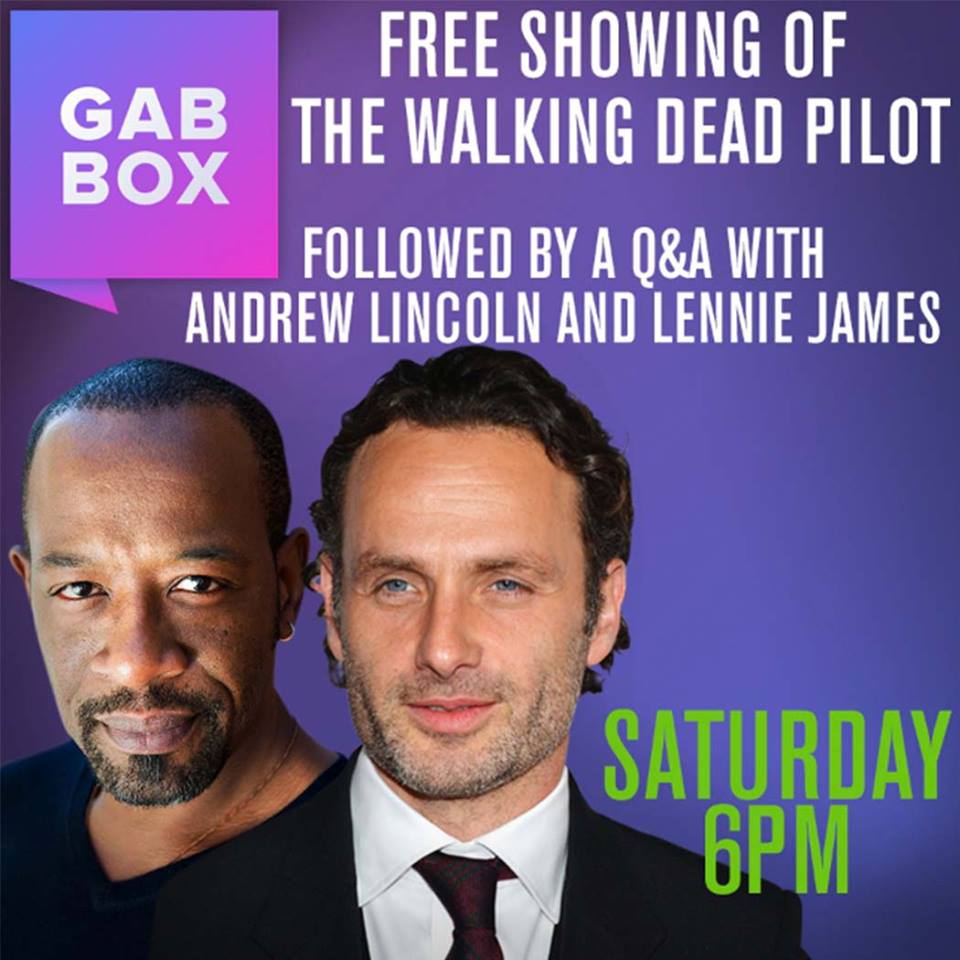