The mega-hit Netflix series Stranger Things is taking another deep dive into our nostalgic psyche with some more awesomely 80s inspired merchandise.

Earlier this month, it was announced that the Stranger Things lsoundtrack was getting the 80s treatment with a limited edition release on cassette tape.  Now, Funko has caught the nostalgia bug and is taking us back to the good ol’ days of playing with GI Joe, He-Man or other plastic figurines.  The toy company has announced a line of Stranger Things action figures which can be expected to come our way this summer.

According to the Funko Blog website, the action figures will come three in a pack, each standing 3 3/4 inches tall.  Pack 1 will include Lucas (played by Caleb McLaughlin), Mike (played by Finn Wolfhard) and Eleven (played by Millie Bobby Brown), fully equipped with a box of eggos and a waffle.  Pack 2 will include Will (Noah Schnapp), Dustin (Gaten Matarazzo) and the Demogorgon.

The figures bare a striking resemblance to the kids (and monster) from the series though, we can’t help but notice some key players are missing.  Could this mean the addition of more sets in the future?  We would love to see an action figure of Joyce Byers (played by Winona Ryder) , Chief Jim Hopper (played by David Harbour) and, of course Barb Holland (played by Shannon Purser)

Check out the awesome Funko Stranger Things action figures below.  The toys are expected to be released sometime in August. 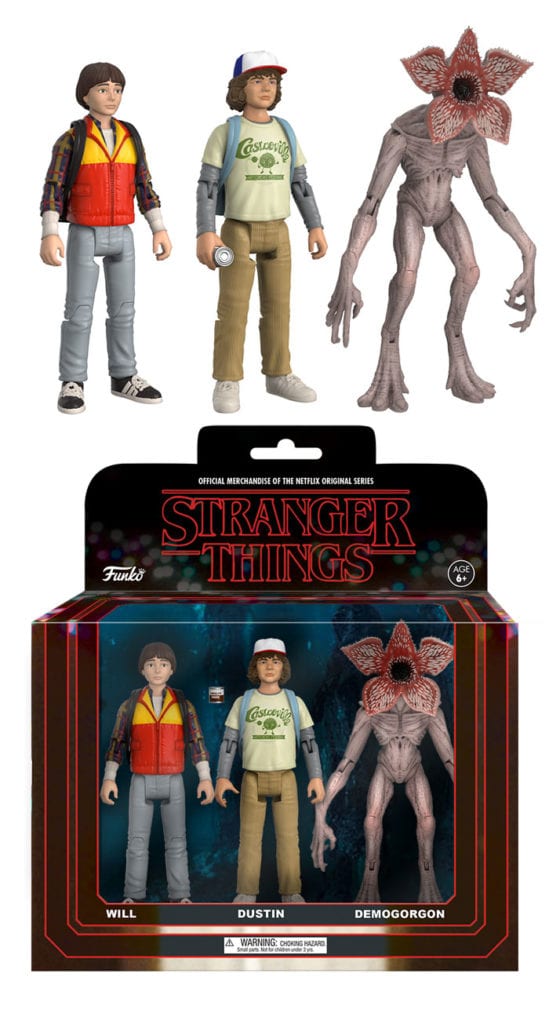 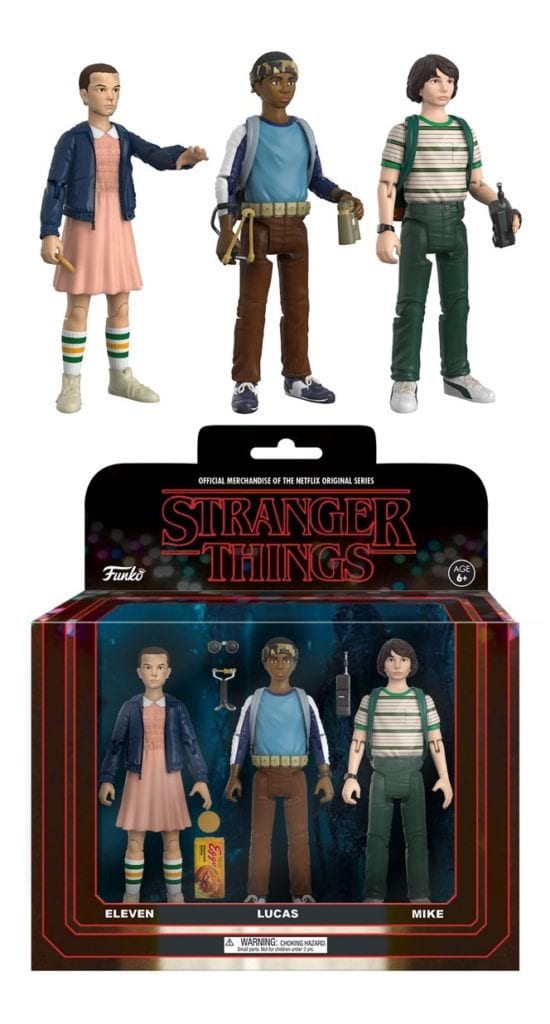