HBO Max has released new images from the Friends Reunion. Fans of the hit sitcom have been wanting the cast to reunite for years. Even though this isn’t exactly what people had in mind, it’s certainly better than nothing.

The images are nothing special, but will certainly light up your inner Friends fan. The images show Matthew Perry, Matt LeBlanc, Jennifer Aniston, Courtney Cox, David Schwimmer, and Lisa Kudrow all together again.

It has been 17 years since the cast of Friends has been on those sets, and understandably, some cast members got a little emotional. As fans, no doubt we’ll love seeing the main two apartments from the show after all these years. 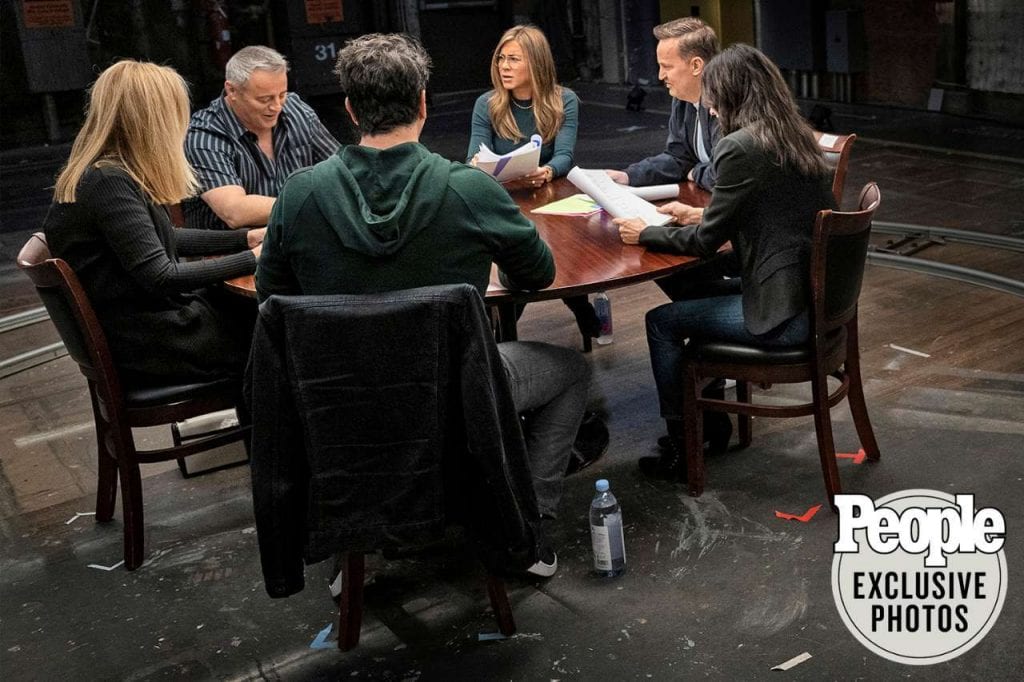 All six of the main Friends spoke to People about their feelings surrounding the reunion. The best part of the interview came when each cast member revealed what THEY thought their characters would be doing these days.

Here are some of their responses below.

Aniston said, ”I would like to have maybe started a clothing line of my own, and it’s sort of a small franchise. Like a Nili Lotan. And I live in New York City on the Upper East Side.”

For Kudrow, “[Phoebe] is living in Connecticut with Mike and their kids, and she’s in charge of the arts program for the school. And just … the advocate for her kids because they’re different like she was.”

“I always just feel like Monica would be doing something competitively with other mothers and trying to outdo them,” Cox explained. “Whether it’s the bake sale at school or something. I mean, she’d be so annoying. She’d be at the head of the PTA or something.”

Perry also spoke about why the show connected with fans so much,

How stoked are you for the Friends reunion? We can’t wait!

Home » Television » Friends: There Are New Images From The HBO Max Friends Reunion!