We’ll be giving away 25 passes (admit 2) to the screening, and winners will drawn randomly and will be alerted via email on Friday, March 2!

The Strangers: Prey at Night 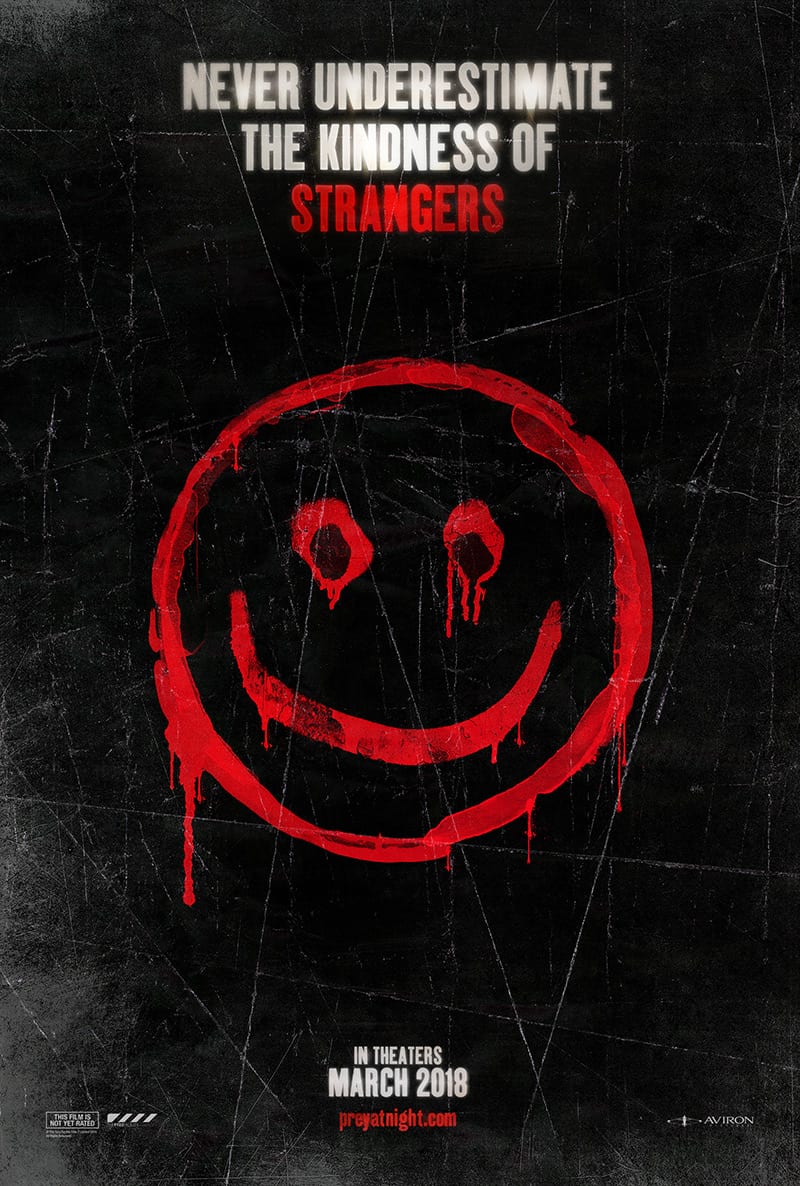 SYNOPSIS
A family’s road trip takes a dangerous turn when they arrive at a secluded mobile home park to stay with some relatives and find it mysteriously deserted. Under the cover of darkness, three masked psychopaths pay them a visit to test the family’s every limit as they struggle to survive. Johannes Roberts directs this horror film inspired by the 2008 smash hit THE STRANGERS.