Last night, Vikings aired and episode that has fans reeling. Spoiler alert. History follows through in the episode, and the main character on the show, Ragnar, dies a slow and terrifying death in a pit of snakes. Um Ouch.

We got to sit down with Clive Standen recently who plays Rollo, brother of Ragnar. He hasn’t been seen on the show in a few episodes, and we still haven’t seen him following the death of his loose-canon brother. We asked Clive what it’s like playing one of the viking brothers,

“I’ve got two brothers and so does Travis who plays Ragnar. The hardest part, Travis is a really good mate of mine, a brother form another mother, and we get on so well. It’s hard to hate him.

The two characters are entirely different but its that family bond who brings them together. Ragnar is a tornado you ever know what he’s gonna do. Where as Rollo sets his motivation right in front of you. But when he does explode he’s like a volcano. Ragnar knows how much a threat and lose canon Rollo is.” 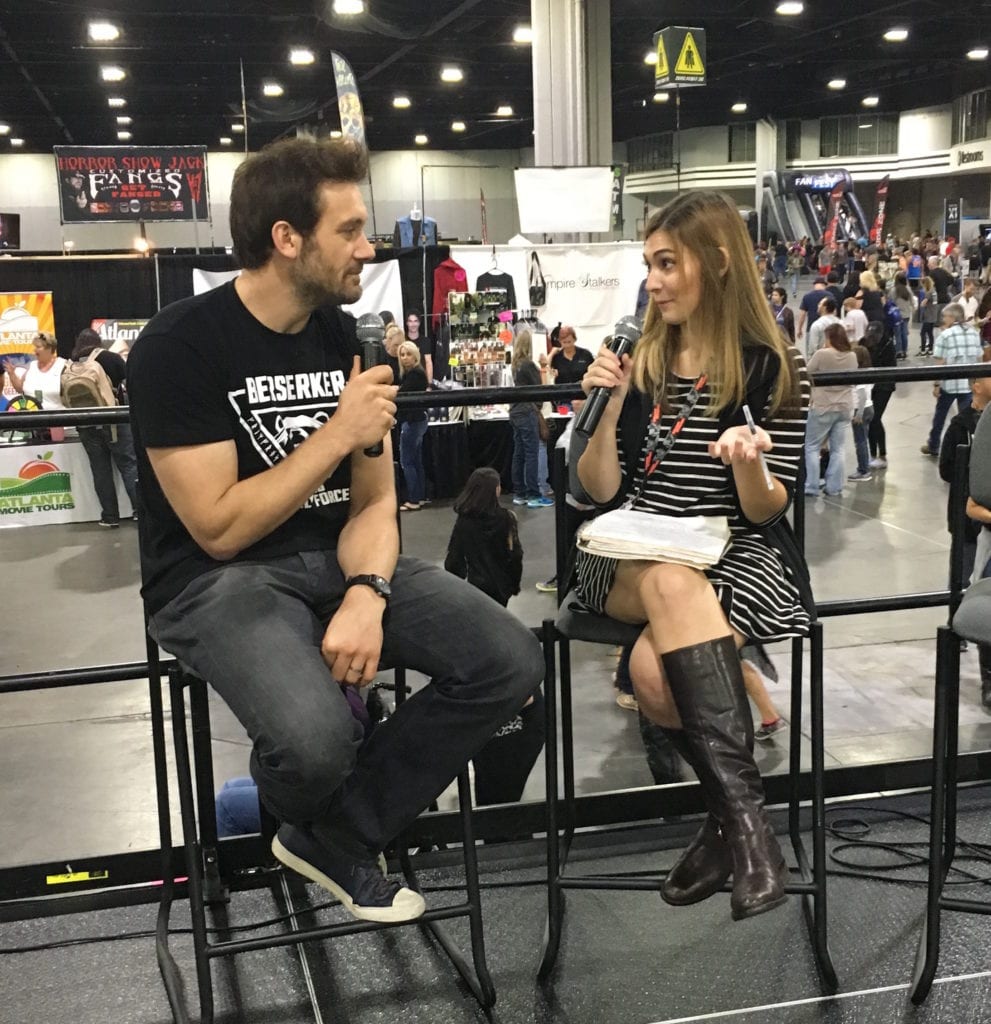 Standen heeded that we should pay attention to history when regarding Vikings, as him and the actors study it so closely, so the death of Ragnar was in many minds before it just happened. But so suddenly!

“I had an opinion on Vikings. It was more about getting under the skin of what viking culture was. I researched. Michale hurst works really hard on his history. When we got cast, he gave me four massive books and said “This is just the starting point.” The thing about Rollo and any historical figure is that there are so many people writing about them. Different historians show these people in different lights, so we have to keep that in mind. So the truth falls in between there somewhere.”

He said that pressure does fall on him and the other actors when its their job to re-create the lives of these people who once lived on this very Earth. Especially when they lived, well, amazing and awe-inspiring lives.

“When I see somebody worthy of the history books who lived or achieved something, there’s a responsibility to get it right. Rather than it coming from somebody’s imagination. I imagine that person sitting in front of me judging me while I play their character. Each and every character in Vikings is a real 3-dimensional human being. It’s not about the battles, or landscape we film it on, or the gods we believed in.”

Now that Ragnar is gone we want to know what Rollo will do! Nobody likes brothers being torn apart!